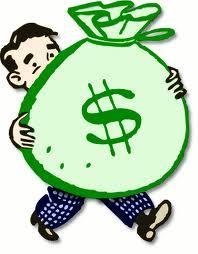 Mayor Ed Lee talked to the Examiner about his plans for the next year, and it’s a lot of the usual political crap: I’m going to create jobs, I’m going to bring people together and promote civility, ho hum. But he did mention, briefly, the need to change the city’s business tax, and here’s how he put it:

We have given ourselves four months to reach out to all the business groups. There will be different views and opinions. You can have a hybrid [between a payroll and gross receipts tax], and you can also have a phase-in period of time. We want to have a good conversation with everybody and get their best ideas, and then use those ideas to craft what we think could be on the ballot. We’re not saying it has to be on the November ballot, but it could be. We want to have something that is not job punishing, but also something that does not decrease our revenue.

First: He’s going to reach out to all the business groups — but what about everyone else in the city? The level of business taxes has a direct impact on city services; is that not part of the equation? Clearly, he’s talking about something that’s at best revenue-neutral, something that “does not decrease our revenue.”

And please, don’t tell me about “job punishing” — it makes me even crazier than I already am. Look: There has to be a business tax in San Francisco. And any time you tax businesses, you take money for the city that could be used for other things. In some cases — not that many — the extra money might be used to hire a few people. In reality, for most businesses, the payroll tax is absolutely NOT a factor in job creation. It sounds bad — Gasp! a tax on jobs! — but the truth is that payroll is a rough approximation for the size of a company, and that’s what the city uses as a tax base.

Of course, we could change that to a gross receipts tax — another rough approximation for the size of a company. It’s also imperfect — some companies have a lot of money (VC funding, for example) and a lot of employees, but at this point not much in the way of sales. Some companies (supermarkets, for example) have high gross receipts but relatively low profit margins. And, of course, if you do a gross receipts tax the same people who complain about the payroll tax will have a new line: The GR tax penalizes growth! It penalizes success! The more money you make the more you pay! Unfair! Un-American! Job killer!

So let’s get rid of the “job killer” rhetoric and start talking about what the city’s tax policy should be. And it should go like this: The individuals and businesses with the most money should pay the highest tax rates. The rich don’t pay their fare share anywhere in the U.S., and while the mayor and the supervisors can’t change federal policy, they can do their part on a modest level at home.

This a great year for tax reform in San Francisco. The spirit of Occupy is very much alive. There is, for the first time in decades, a national discussion about income and wealth inequality. There’s strong evidence that the middle class is vanishing in San Francisco. And, thanks to the wierdness of state law, in 2012, when there’s an election for the Board of Supervisors, a tax measure can pass with a simple majority vote In many ways, this is the single most important policy issue in the city, the one that defines who pays for what and who gets what and whether (public sector) jobs are created or destroyed and what kind of a city we want to be.

So let’s take it seriously. Instead of allowing Mayor Lee and the (big) business folks set the agenda, the progressives really need to move forward on a tax-reform plan that looks at making big business pay more and small business pay less — and that brings in another $250 million a year for the local coffers If gross receipts is the flavor of the day, I’m good with that — but not a flat tax. Exempt, say, the first $250,000 (or the first $500,000, whatever, run the numbers and see what we can afford). Put a 1 percent tax on the next million, a 1.5 percent tax on all receipts between $1.5 million and $5 million, a 2 percent tax on $5 million to $10 million and 3 percent on everything higher. Adjust the numbers either way, but that’s the general idea. Then add in a tax on commercial rents (again, exempt the first $500,000 or whatever) to make sure the the big landlords (who get away with murder under Prop. 13) are paying, too. And yes, based on market supply and demand, some will try to pass that on to their tenants, but companies (including a lot of law firms) that rent enough space to be paying millions of dollars a year in rent can afford to modest tax hike.

It will take the city controller or the city’s economist to do the math and see what the options are and how you get to $250 million net new revenue, so my proposal is just a start. But somebody needs to take this on, some member of the Board of Supervisors — or else we’ll just be responding to what the Chamber of Commerce wants. Who wants to be the champion of Tax Reform for the 99 Percent? Time is getting short.