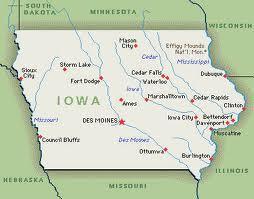 We all know (or we ought to) that Iowa is radically unrepresentative of the United States and that the Iowa Caucuses are a dumb barometer for choosing a president and that only really insane news media coverage has made this into such a big event. And this year it’s a freak show, complete with Santorum Salad and a weird World War II reference and that creepy guy calling that deadly dull guy a liar and lots of other fun Republican tomfoolery.

But here’s the question for those of us who don’t vote in Iowa (and wouldn’t be hanging out at a Republican caucus anyway): Is it better for one of the major-league wingnuts to win, or should we all hope that Mitt Romney, who is going to be the nominee anyway, comes out ahead and we can stop wasting our time talking about Michelle Bachman, Ron Paul, Newt Gingrich and that guy named Santorum?

Seriously: Is it better for the country to have the Republicans look even crazier than they really are, and have someone who’s gone far off the deep end become the front-runner, and leave Obama looking like the only grownup in the race — or is it better if Iowans dismiss the worst of the worst and go with someone who’s just a typical opportunistic sack of shit but who once managed to run the liberal state of Massachussetts and probably wouldn’t attempt to have half of San Francisco locked in prison on general principles?

I must admit, I’m tempted to root for the nutjobs.