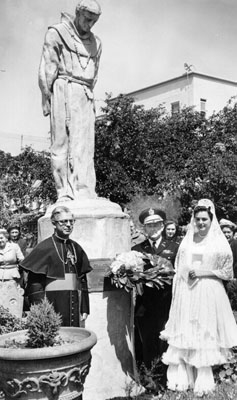 Guardian history writer Lucy Schiller is exploring the city street-by-street in the slow week inter-holiday weekends. Today, learn about Junipero Serra’s right-hand man who now has a Bayview street named after him. Click here for yesterday’s installment on Laguna and McAllister Streets.

Francisco Palou (1723-1789) was an agent of Spanish colonialism and the right-hand man of Junipero Serra, another San Francisco street namesake. At one point, Palou singlehandedly controlled the operations of all the Baja California missions. After a few years he moved northward with his teacher and mentor Serra. Palou was also responsible for baptizing the first Ohlone Indian, founding Mission Dolores, and establishing the Presidio. His recounting of the Franciscans’ travels throughout California is regarded as a crucial primary source. The street named for Palou runs from Hunter’s Point to the Western reaches of Bayview.