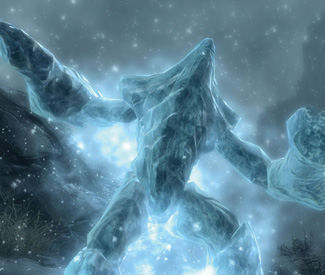 YEAR IN GAMER In 2010, year-end awards were dominated by one game: Red Dead Redemption. Published by Rockstar Games, the title was a sweeping, epic Western in the best American tradition. Using a proprietary game engine, Rockstar stitched together a giant swath of imaginary frontier, a teeming open world that seems to leap straight from the imagination of John Ford or Sergio Leone.

Now that 2011 is nearly done, it’s clear that Red Dead Redemption‘s success was merely a sign of things to come. Rival publishers must have watched contentedly as the game’s accolades stacked up. They were about to make 2011 the year of the open world game, ushering in a glut of go-where-you-want, do-what-you-want, slay-who-you-want titles that would dominate both discourse and sales.

Rockstar themselves were the first to get in on the action, taking a second bite at the apple in May with L.A. Noire. Developed by now-shuttered Australian studio Team Bondi, the game takes place in a meticulously recreated version of late-40s Los Angeles. Like Red Dead Redemption, Team Bondi’s title is an engrossing pastiche of classic cinema, drawing on the tropes, mopes, and molls of vintage noir. While critics rightly complained that the game’s open world offered little except the opportunity to drive around and sightsee, the simulated city’s presence added atmosphere and heft to an already immersive game.

Explore L.A. Noire‘s carefully art-directed metropolis, and the most dangerous thing you’re likely to encounter is fast-talking dame with nothing to lose. Not so in Dark Souls, an October release by iconoclastic Japanese studio From Software. From’s open world is a foreboding, twisted take on fantasy gothic, full of decaying grandeur, uncanny creatures, and fetid environs. Players must creep forward against their better judgment, dreading whatever horror lurks around the next corner. Though the game’s uncompromising difficulty acts as a deterrent, Dark Souls‘ labyrinthine, deadly world and endless creativity are well worth the frustration.

In Batman: Arkham City, British developers Rocksteady Games put Batman in his place: perched on the roof of some crumbling Gotham pile. The game’s titular open world is a vast outdoor prison, an entire urban zip code done up in hyperbolic neon-noir, then filled with psychopaths and super-villains. While he’s not using Rocksteady’s impressive, flowing combat system to put the hurt on Gotham’s criminal underclass, Batman can deploy gadgets like the Batclaw to swoop around. Though Arkham City mostly serves as a backdrop for a fairly linear narrative, but there are also dozens of collectible, lime-green “Riddler Trophies” scattered around, giving gamers an incentive to explore every inch of the game’s open world.

For sheer size and scope, you can’t top The Elder Scrolls V: Skyrim, released in November by Maryland-based Bethesda Game Studios. Bethesda have made open worlds something of a specialty in recent years, and Skyrim is the company’s most ambitious effort to date. Set in a frigid, arctic landscape, the game showcases natural beauty on a grand scale, rendering icy peaks, swampy tundras, and furtive wildlife darting among snow-dappled pines. Players will spend hours completing hundreds of quests, scaling the world’s highest heights and descending into the bowels of its darkest dungeons. Though the game makes it easy to follow a floating arrow directly to you current goal, Skyrim’s best moments are often the product of getting hopelessly lost.

When it comes to the sheer joy of exploring an open world, Minecraft reigns supreme. Created on a lark by Swedish programmer Markus Persson, the game randomly generates a gargantuan new environment every time you tell it to. Comprised entirely of chunky, Lego-like blocks, the world can be altered at will — dedicated players have spent hours moving blocks one-by-one to create replicas of things like the USS Enterprise. Minecraft is an impressive indie success story — first released in its alpha version in 2009, the game now boasts nearly 242 million logins per month.

What lessons will open world games learn from the class of 2011? Will 2012’s vast gaming environments be welcoming or forbidding? Will players be given long lists of collectibles to hunt, or simply asked to explore for its own sake? Dec. 20, thousands of people logged into Star Wars: The Old Republic for the first time, a big-budget MMORPG from local publishers LucasArts and Electronic Arts. Not content with the vast worlds already available to them, these intrepid gamers opted for an entire galaxy — a galaxy far, far away.