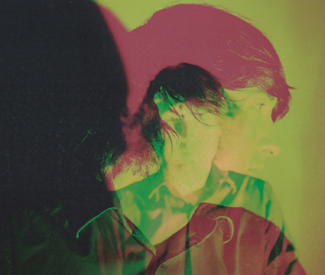 Year in Music “Out of all the records I’ve recorded, that was the worst experience,” says prolific Dinosaur Jr. bassist and Sebadoh guitarist Lou Barlow. He’s speaking of Bug, the classic, feedback opening alternative rock album Dinosaur Jr. released on SST in 1988.

Why then, did the band tour the East Coast during the spring of 2011, playing the album start to finish, and why does it continue to play it now — appearing at the Fillmore this week? “All the negative associations I had with it are gone. What I hear now is a really great batch of songs that J [Mascis] wrote.” He goes on to describe the early days of Dinosaur Jr., “when we formed it was my first textured, creatively ambitious band — and that was at the age of 17 — so it’s a real part of my DNA now. Musically, it’s a very familiar spot to be at.”

There, in a history-rich bed with a familiar texture, is the spot where aging rock fans crave to be. According to Simon Reynold’s exhaustive and polarizing 2011 tome Retromania, it’s also the space in which we all now inhabit, new listeners and old. His introductory words are harsh, if provoking. “The 2000s [was] the decade of rampant recycling: bygone genres revived and renovated, vintage sonic material, reprocessed and recombined. Too often with new young bands, beneath their taut skin and rosy cheeks, you could detect the sagging grey flesh of old ideas.” Brutal.

In some sections, Reynolds is dead on, and his methodology applies equally to the year in rock that was 2011 (though the book was written in the summer of 2010). We couldn’t possibly look back at these twelve months without including the grander trail of rock’n’roll, and how it was again repackaged throughout the year.

Given the retro-crazed times we live in, to judge the year, we must also fall deeper down the nostalgia inkwell, in part due to the onslaught of monster reunion tours, complete album trips, rereleased records, anniversary celebrations, and retro reverential new rock/garage/punk acts of 2011. One point Reynolds makes, is that the span of time elapsed between creative endeavor and nostalgia for said endeavor is rapidly fading.

Just recently the Weakerthans — which formed in 1997 — spent four power-pop nights at the Independent, playing one whole album from its catalogue each night. Earlier this year, Archers of Loaf launched a reunion tour (13 years after its demise) and the reissue of four of its studio albums on Merge. There were also reunion shows and tours from the Cars, Kyuss, Pulp, Cibo Matto, Masters of the Hemisphere, Death From Above 1979 (big up to Treasure Island Music Festival), and strangely, J. Geils Band, the Monkees, and System of a Down.

There were rereleased Smashing Pumpkins albums, a Throbbing Gristle greatest hits, and a Hot Snakes one-off (at press time) at All Tomorrow’s Parties’ Nightmare Before Xmas in Minehead, England — a fest also headlined by Archers of Loaf.

There was Nirvana’s Nevermind 20 year anniversary celebration, and Metallica’s 30 years strong, though the output for these celebrations was obviously disparate given the nature of the acts. Nirvana’s label released a series of singles and special edition anniversary batches. Metallica took perhaps the most surprising turn a no-frills metal act could — it paired with Lou Reed and released a confusing collaboration, Lulu, though the real anniversary celebration was yet to come — a four-night, devil-horned, juicy guest-starred tête-à-tête for hardcore fans at the Fillmore.

There were also the bands that just felt retro, or at least, stood with one foot in rock’s not-so-distant past. But the good ones were more reverent than carbon vintage copy, acts like Dum Dum Girls and Cults, played on romantic ideals of ’60s garage and slipped in some doo-wop and girl group-esque vocals, but neither directly mimics a particular era. In its debut follow-up, Only In Dreams (Sub Pop), Dum Dum Girls also referenced a distinct ’90s Mazzy Star vibe. Meanwhile, Canadian chanteuse Austra looped back to the ’80s with prominent synth and operatic love songs, and the Beets happily alluded to its own ’60s garage-meets-Ramones influences on fourth album Let The Poison Out (Hardly Art), like something out of a Nuggets boxset; a modern, bilingual Seeds.

Locally, longtime Ty Segall band member Mikal Cronin finally made the move to San Francisco in 2011. Raised on surf and garage rock down south, he brought with him a distinctive nostalgic sound; his solo self-titled record — released this year on Trouble in Mind — was one of the most intriguing of the year. Like many now living and playing in SF, he’s drawn to vintage rock’n’roll and garage, but his style stands out above the pack.

This year he released a multifarious record of crusted garage-punk and swirling psych-pop, glamorized with the hazy, sand-swept beach days pictured in vintage Polaroids. Opening track “Is It Alright” could be plucked from a psychedelic Beach Boys LP, laid thicker with grime. And Cronin, when pressed, reveals a long history of influences — along with current bands such as Thee Oh Sees and Strange Boys — mentioning longtime favorites “Emitt Rhodes, Del Shannon, the Beatles, the Beach Boys,” adding “I’ve been trying to relisten to the classics” And yes, the remaining Beach Boys were said to be planning yet another reunion for next year, a thrill for likely a few young fans (though the same can not be said for Brian Wilson’s 2011 Disney covers album).

Here’s another spot where Reynolds and I tend to split: I’m an unabashed rearview mirror fan. And while I agree that the “re-s” in our sonic world are sometimes overwhelmingly dull, the opportunity to see live bands that broke up before I was cognizant has just too strong a pull on my psyche. Even Reynolds seems to consent to that last bit, stating in Retromania, “The exceptions to my ‘no reunions’ policy are a few bands that I loved as a youth but never managed to see live.” So wouldn’t that be the case for someone in every audience? The giant pink headphones-wearing toddler I saw at the Iggy Pop show undoubtedly missed the punk singer’s first 40 odd years of shows. Now, will somebody please reunite Operation Ivy, Minor Threat, and Neutral Milk Hotel for complete album tours, or is that too sacrilegious for your precious memories? It’d just be for my own comfort, obviously. *

Feb. 26: No Age, Grass Widow, and Rank/Xerox at Rickshaw Stop

Sept. 22: Hightower, Black Cobra, and Walken at Yerba Buena Center for the Arts