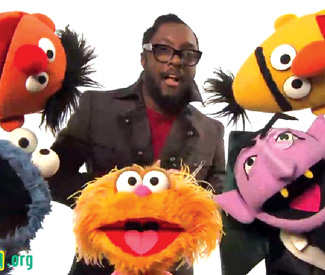 YEAR IN MUSIC You call it godawful taste in music, I call it reverse colonization. Learn to like the schlock on the radio and instead of groaning through that car ride you too can passenger seat-rock fit to make the Acura in the lane next to yours take “lookit this spazz” photos. Famous!

Yes, it takes some synaptic refiguring to truly enjoy Top 40 music. And not just so that you can enjoy facile lyrics — certain idealistic underpinnings can change your head’s bob to Drake’s latest into a rueful shake real quick. Sexism? Yes.

But this year had some R&B and commercial hip-hop gems. The general trend towards dance music has been making the sounds in those worlds fluffier, more addictive. And the videos — well this is the best part about succumbing to the ways of the Billboard Hot 100. One gets to bask in the light of candy-colored, expertly choreographed, lip-pursing versions of heaven. Forever chain-pressing repeat, because you’re not really a fan of any of these jams until you know. Every. Word.

So we’ve come to the conclusion that it’s all about mitigating the damage that you’re doing to your psyche. And so here we have some favorite bubblegum-ish tracks of the year, arranged so that the true soul crushers bring up the rear of the list.

Rihanna entranced us in 2011 with her dance-ready beats, her off-kilter brand of hot (red hair dye, S and M wear, and oversize pastel cashmere sweaters playing equal roles), and sass. The yardstick by which all guilty pleasure songs must be judged is how loudly you feel like singing to them, which is usually tied to how much you can puff your chest out while imaging the lyrics apply to you. “What’s My Name?” is exactly the song you want to come on after you’ve celebrated a big win, say gotten a cup of coffee for free from your favorite grounds-slinger, or woken up on time. Plus, in the video Drake hits on Rihanna while she’s buying milk.

Guilty?: Not. Rihanna is the zeitgeist, the rest of us dust on her wind.

Queen B continued her reign of terror right on through pregnancy this year, enrapturing all those lucky enough to catch sight of her baby bump. Carrying a child did not prevent her from making nearly every song from this year’s 4 into a hit single, or even discourage her from sporting Lycra and jouncing about in the video for “Countdown” (whose dance steps were later proven to be an “homage” to a routine by Belgian choreographer Anne Teresa De Keersmaeker). “Party” is a summer song, and judged by aforementioned I-wanna-be-that metric, it kills.

Guilty?: Do you hate babies? Not guilty.

Another defining characteristic of the guilty pleasure is the inextricably linked dance move that accompanies its entry into one’s auditory landscape. Minaj’s “Super Bass” inevitably inspires a pushing away from the chest movement, usually paired with some kind of stomping of the feet. Wait, but does that make you a Barbie (the singer-emcee’s term for her own fans)? Being one of Nicki’s flock might just speak more to your hip-hop philosophy these days: like Drake, she came from a performing arts background, and makes no bones about the hip-hop world serving as a canvas for performance.

Guilty?: Fans of hip-hop with teeth take it easy — this music’s always been about putting on a show. Not guilty.

WILL.I.AM FEAT. SESAME STREET “WHAT I AM”

How do we hate Will.i.am? Let us count the ways. One, his group the Black Eyed Peas are the textbook example of sell-out. Nothing makes it past this group that will not sell Pepsis or $2 toasters at Target. Two, he told Elle Magazine that women who keep condoms around are “tacky.” Three, his participation in the Ed Lee “2 Legit 2 Quit” video (a production that seemed specifically engineered to enrage me). But then, this song, in which this hurricane of a man is surrounded by the beloved scamps of Sesame Street. It makes us want to high step. But is it right?

Guilty?: For above three reasons, all Will.i.am projects must be considered tainted — but positive behavior by him must be encouraged. Guilty, but harm to self is mitigated if you listen to this song while buying Trojan Her Pleasures.

A time-honored tradition contained within the “songs for women” canon of male hip-hop and R&B stars is the sweet hook versus the totally busted approach to the female sex in the lyrics. Pretty much the entirety of this year’s Take Care album qualifies for inclusion in this time-honored rite — although the way the singer-rapper calls an ex-flame out of his “old phone” in the track “Marvin’s Room” says as much about him as it does the girls that he’s calling. “Make Me Proud” is a big brother approach to the same hot chick he’s demeaning in every other song on the album. She’s good-looking, smart, she reserves sex because she’s sick of guys hitting on her. Ugh. Too bad Nikki Minaj has a verse on here rapping about being a Sagittarius and it’s now on my Spotify “starred” list.

Guilty?: Are you kidding? Lock yourself up.