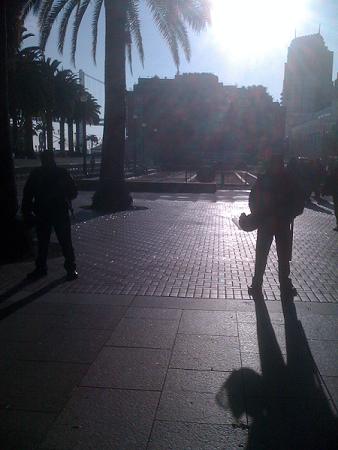 Maybe it’s time for the Occupy movement to simply take a bow, step off the national stage for now, and start planning its next big production. Because at this point, Occupy has been a smashing success – winning over its audiences and key critics, influencing the national debate – but it’s in danger of losing that luster if its lingers too long in its current form.

Consider the events of this week. When OccupySF’s long-standing encampment was finally removed by police and city workers, the general public barely noticed or reacted. Unlike during previous police raids, hundreds of supporters didn’t pour in to defend the camp and social media sites didn’t light up with messages of indignation and solidarity.

Why? Well it’s not because people don’t support the movement. Polls have consistently shown most people back Occupy, and even higher percentages support its basic message that the 99 percent are being screwed over by the 1 percent. Top political leaders at every level – Mayor Ed Lee, Gov. Jerry Brown, and President Barack Obama – made statements and speeches this week that echo the themes and ideas that Occupy has injected into the national dialogue.

But the tactic of occupation was only going to get us so far. It was a great way to start a conversation and demonstrate a broad discontent with this country’s inequities and plutocratic excess. Finally, the people have started to challenge those who are exploiting them, and it’s been particularly exciting to see young people fighting to reclaim their stolen futures.

That energy hasn’t dissipated, and it’s interesting to see it morphing into other campaigns, such as the recent takeovers of vacant foreclosed homes, the human rights march planned for tomorrow, and West Coast port shutdown scheduled for Monday. But I predict the crowds blockading the Port of Oakland will be a fraction of the size of the tens of thousands who took to the streets during the Oakland General Strike on Nov. 2.

Then, people were reacting to police violently crushing Occupy Oakland’s peaceful political assembly on Oct. 25, a galvanizing event, much like the raid on Occupy Wall Street and the abusive police tactics against occupiers on the UC Berkeley and UC Davis campuses. Each example showcased the police state’s willingness to use a heavy hand against peaceful protesters, demonstrating for a global audience what an important struggle this is and what we’re up against.

Yet it was hard to summon up much indignation over this week’s raid on OccupySF, even as protesters complained about being given just five minutes to get out and having their belonging seized and destroyed. Mayor Lee had been threatening the raid for weeks and had offered the group a free new home in the Mission – an offer they probably should have taken, one that would have allowed the group to declare victory and have a base of operations throughout the winter.

But unlike my cranky, “you kids get off my lawn” colleagues in the mainstream press, who have consistently derided the movement and valued anti-camping laws over the core constitutional right to peaceably assemble to petition for a redress of grievances, I think Occupy has been extremely important and effective. My desire is to see it evolve and continue.

Mayor Lee and other city officials have praised the goals and worldview of Occupy at every turn, even as they oppose the tactic of camping. As Police Chief Greg Suhr raided OccupySF, he told reporters that “part of the 99 percent removed part of the 99 percent to give the other part of 99 percent some relief,” tipping his hat to Occupy’s basic paradigm. Gov. Brown echoed Occupy’s economic inequity language in his call for higher taxes on the rich this week.

“I’m here in Kansas to reaffirm my deep conviction that we’re greater together than we are on our own. I believe that this country succeeds when everyone gets a fair shot, when everyone does their fair share, when everyone plays by the same rules. These aren’t Democratic values or Republican values. These aren’t 1 percent values or 99 percent values. They’re American values. And we have to reclaim them,” Obama said in his big speech this week, embracing the Occupy paradigm even as he tried to transcend it. But go back and read the whole speech and you’ll see that it would have fit right in during any Occupy General Assembly, with its regular calls to tax the rich, something this movement has given him the political cover to more forcefully advocate.

So the conversation has now begun, thanks largely to this movement. But, as most supporters of Occupy already know, our elected officials won’t simply enact the reforms we need on their own. They will need to be pushed and prodded relentlessly by a restive public, so the supporters of Occupy still have a lot of work to do.

How will they do that and what will it look like? I don’t know, but after watching these smart, creative, courageous, and committed young people and their supporters change the political dynamics of this country over the last three months, I’m anxious to see what they come up with and I stand read to chronicle and support the next phase, whatever it’s called and whenever it begins.