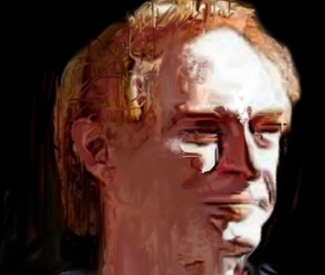 San Francisco lost a valued champion of progressive causes on Dec. 2 when Michael Goldstein lost his battle with stage 4 lymphoma after surviving nearly 20 years living with HIV, a disease that helped awaken his political activism.

Michael was born in 1953 in New Mexico, where he was raised. His grandparents had come to New Mexico after surviving the Holocaust, and Michael came to the San Francisco in the early 1980s. Like many gay men of his generation, Michael came here to find community, to create family, and to be welcomed when much of the country was still hostile to the LGBT community.

He worked at Neiman Marcus, dressing “the San Francisco A list,” as he used to say. He studied at City College towards a paralegal certificate and was heavily involved in student politics. He landed a job at AIDS Legal Research Panel, where he worked when he was diagnosed HIV-positive in the mid-’80s.

The news hit hard, and the treatment he began took its toll. The HIV drugs were harsh then and there were many horrible side-effects with these early drugs. At that time, there was very little information or education about HIV/AIDS and there was even less support, from families and from the public.

Our San Francisco political community became Michael’s family. He was also blessed with an amazing friend in Lorae Lauritch. They worked together at NM, became roommates, and lived together with some incredible cats that were dear to him, including Paloma, Huey, Cadeau, and Missy.

Michael was a proud feminist who valued the women in his life and community, leading him to endorse a pair of successive female candidates for the Castro’s District 8 seat on the Board of Supervisors: Eileen Hansen in 2002 and Alix Rosenthal in 2006.

Over the years, Michael served as an elected member of the Democratic County Central Committee (serving as vice president), served as President of the Harvey Milk LGBT Democratic Club, and was appointed to a San Francisco City College citizen oversight board, where his questioning helped bring attention to mishandling of funds at that institution.

Michael was determined, opinionated, persistent, intolerant of bullshit, prickly, always questioning. He challenged us all to move a common agenda, come together beyond our own personal ambitions, but to also never back down out of convenience or feigned civility. “Civility doesn’t make change,” he often said.

I came to know Michael as many came to know him. Michael always showed up in support of every one of our causes. He not only showed up, he advised, opined, debated, argued, protested, got arrested, drafted policy, and so much more. Campaign after campaign, issue after issue — our friendships grew around our passion for politics, our deep concerns about everything, and a strong and unwavering belief that anyone can help make change.

Michael believed that and Michael lived that.

In the past few years, many of us noticed that Michael wasn’t feeling well. We pushed him to go to the doctor. This is a man who spent hours fighting to push through HIV/AIDS policy and funding, healthcare reform, Healthy SF — and he did not have healthcare, had not seen a doctor in nearly 10 years, and was not treating his HIV.

As many know, Michael and I were like brother and sister…often bickering back and forth on whatever was going on. We “debated” like the dear friends we had become. His lack of healthcare was one of the more important issues I would bring up often. As a long term survivor of this condition, Michael knew the score.

As the symptoms of this disease ravaged his body, he retreated from us and attempted to make sense of the unimaginable alone.

Finally at the end of September, Michael was admitted to General Hospital. With the amazing care of Ward 5A, Diane Jones, and all the amazing General Hospital workers, as well as Laguna Honda Staff and at his final resting place UCSF — his care, though coming too late, was the best in the world and gave Michael a fighting chance. He was clearly comforted and supported by his community in his final days, support that mattered so much to him.

If you knew Michael, you know there is a “what comes out of this” part. We all got to really see the results of the hard work we all participated in to rebuild General Hospital, to rebuild Laguna Honda, and to provide healthcare access to everyone, even the poorest among us. Michael, personally, was able to experience the fruits of our collective labor over these years.

He also experienced some areas where there really is a need for some work. We need to remember that AIDS/HIV is still killing people every day. We must improve people’s access to healthcare. We need to protect patients’ access to medical cannabis, even in General Hospital. We need services and we need housing, particularly affordable housing for those who need it, people struggling through this bad economy.

These are our issues and this is our agenda on the left that we have been fighting for.

I will never forget Michael. One of the last real discussions we had about politics was around election time, with Michael remembering the 2010 elections. Michael was probably more upset about what has come out of that election — the beginning of a political shift to the right in San Francisco — than many.

He has been such an integral part of the work that brought our progressive community together and he was devastated by the events tearing it apart. More than anything, he wanted to bring us together, but he ran out of time.

Michael had an agenda. His agenda was to move forward our agenda. It is time to come together and do that.

Debra Walker is an artist, activist, DCCC member, and city commissioner who ran for the District 6 seat on the Board of Supervisors last year.