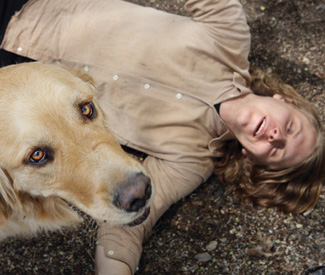 MUSIC “I did something really stupid,” was pretty much the first thing Ty Segall said to me as we walked to Philz Coffee in the Mission. Originally the plan was to sit at El Metate, but that got nixed as we agreed an afternoon jolt of caffeine was more important.

I asked what he had done that was so stupid, but it wasn’t specifically clear which act he was referring to. On the defensive, he went off on a tangent about how he perceives his guitars almost as talismans. “It’s like voodoo,” he said. That’s how he explains his behavior when he gives a guitar away to somebody. Other times he goes with the more cliched rock ritual of destroying one on stage. This also led to his purchase of a 1965 sea-foam green Mustang Fender. The excitement in his voice as he described his new toy was apparent. Music is what makes him tick.

I interviewed him in 2009 when Lemons (Goner Records) came out, but that was forever ago considering his well-documented abundance of releases. Now that Goner is putting out a double LP, Singles 2007-2010 (out this week), it seemed like an appropriate time to catch up and see how constant touring may be taking its toll on the 24-year-old garage rock answer to a troubadour.

We settled at a picnic table at a nearby soccer park where Segall, clad in Ray Bans and a brown cardigan, explained his fatigue from life on the road. He had just wrapped up a slew of local gigs, including a Halloween show where he and his band performed as the Spits. There, they struggled for the spotlight as an unruly woman from the audience — who was allegedly “humping everything” — stole a purse, and had to be bounced. Then it was off to Austin for a couple of dates where he performed alongside Thee Oh Sees, who he considers the best live band San Francisco has to offer, Black Lips and the Damned at the three-day Fun Fun Fun Fest.

“We never really stop touring. I wonder how we’re still here,” he said in bewilderment of both the physical and mental drain bands endure. “Everybody hits a wall.” He was referring to breaking points, but was also responding to my prodding about a previous interview he gave to Spinner.com where he commented on the fragility of one’s mind, and how you can “lose it at any moment”.

Just as he was admitting his own sensitivity, three pugs walked over to him, as if on cue. I watched him pet the triplets in a moment of adorably comforting symbiosis. It appears he’s learning his limits, coping with an over-analytical brain and growing a thicker skin.

But that’s not to say his creative well is running dry any time soon. While the singles compilation is a retrospective, along with some unreleased material, Segall said he’s still “psyched” to record something new. 2012 promises to be fruitful as his booking agent claimed the native So Cal. surfer has three records coming out next year.

While he doesn’t see himself as being in a “party band”, he’s been given the unique opportunity to partake in the second annual Bruise Cruise. It’s a three-day cruise to the Bahamas loaded with garage bands, their fans, and 75 percent regular ol’ tourists, according to Segall. The concept seems a bit ridiculous in the sense that trash rockers will converge with such decadence. This year he’s joining a super group of sorts called the Togas with Shannon Shaw of Shannon and the Clams, Phillip Sambol from Strange Boys, and Lance Willie (drummer from the Reigning Sound).

But for now Segall can hold off and breathe for a second before setting sail. He can enjoy what he considers the vacation of just being home, doing his laundry, and all the other domestic yearnings that come with wanting a house with a yard and a basement.