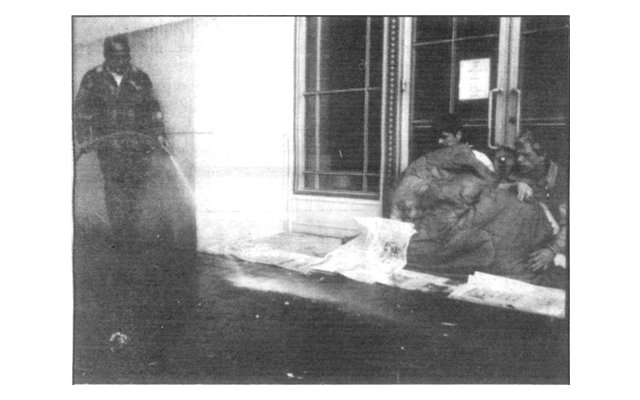 A coalition has come together to bring a striking new component to OccupySF: a rebirth of the ARC/AIDS Vigil. The vigil created an encampment similar to OccupySF’s at UN Plaza in the 1980s and remained there for ten years, protesting the federal government’s refusal to put resources into research and support for people with HIV/AIDS. Some who were involved in the vigil are currently part of the OccupySF encampment as individuals. Now, many hope to make that relationship more direct and active.

Brian Basinger, a longtime activist in several capacities including work with the AIDS Housing Alliance, is one of those involved in this effort. Says Basinger, “We are resurrecting the ARC/AIDS Vigil at 11/11/11 at 11:11 am. We are going to provide housing counseling, bring needle exchange, providing HIV testing, distributing organic vegetarian brown bag lunches, holding a speak-out, and presenting our demands to mayor Ed Lee to cure homelessness for people with HIV/AIDS, LGBT youth and transgender San Franciscans.”

All of this will take place tomorrow from 11am-2pm at Justin Herman Plaza, the site of Occupy SF’s encampment. Or, says Basinger, “Ethel Merman Plaza, as we like to call it.”

Those interested in the speak-out should be sure to get there by 11:11, as that will likely be first on the agenda. The food distribution is planned for the end of the kick-off event.

The group will provide services to the OccupySF encampment and anyone who comes through it. “We’re looking to create a safe space for homeless LGBT youth to gather…queer homelessness is invisible. We experience homelessness differently than the non-gay world.”

Like the ARC/AIDS Vigil of the 1980s and the Occupy Movement today, this event has the potential to be ongoing. Said Basinger plainly, “We won’t leave until we get our demands are met.”

Basinger warns: “It’s going to rain. But we want to highlight that people with fullblown AIDS and cancer are out in the goddamn rain everyday because the mayor has failed. ‘Ed Lee gets it done’- he’s not ‘getting it done’ for people with AIDS.” Basinger added that San Francisco “has the highest rate of homelessness for people with AIDS in the country.”

The group is putting out a call for “Rain gear to keep us warm- tarps and umbrellas.” Added Basinger, “Umbrella, ella, ella. Also, we put out a call for Rhianna. Rhianna, if you’re listening, come tomorrow.”

And with the impossible to predict explosion of the Occupy Movement- hey, anything could happen.