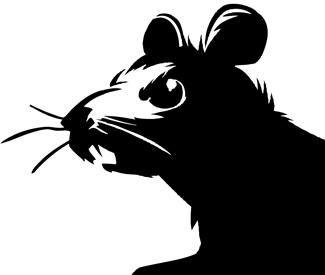 The contents of the ubiquitous bright yellow packages of a common household product are making some local activists go green. Residents are roiling against rats in Berkeley, Marin is trying to attract owls to eat them, and San Francisco is busy persuading stores to stop selling some of the most popular rat baits even before the federal government pulls the plug on pellet-type rodent poisons.

A battle is brewing between the $1 billion pesticide industry that makes D-Con and other common pellet-form rat and mouse poisons and the Environmental Protection Agency, which said June 4 it would either cancel and ban them or, depending on what they contain, require them to be sold with a childproof device.

Several of the makers of the rodenticides have gone to court to fight the proposal, which was supposed to go into effect by now. And four of the companies — Woodstream, Inc., Liphatech, Inc., Reckitt Benckiser, and Spectrum Group — won’t commit to stop making the products during the appeal process. In a press release, Reckitt said its anti-rat pellets are safe and "lawful for sale" unless a court orders otherwise. After the ban announcement, Alan Pryor, Liphatech’s sales director, called the EPA "an agency run wild."

In January, the EPA sued Reckitt in an attempt to instigate misbranding proceedings against the firm’s pellet products instead of canceling them, which could take courts a year or two to decide. But a district court ruled in favor of the company, calling the agency’s bid to speed things up via misbranding "arbitrary, capricious, an abuse of discretion and contrary to law."

The stakes are enormous. Rodent pellet products are strong sellers at hardware stores. Rodent prevention "is an issue throughout the year," says Paulino Tamayo, pest control buyer for San Francisco’s Cliff’s Variety. "Customers are constantly inquiring about it."

One reason: up to 4,000 children under the age of five are reportedly bitten by rats, which carry more than 70 known diseases, in large cities in the U.S. per year, according to the Centers for Disease Control & Prevention. It’s not just children who are seeing the rats.

Steve Owens, assistant administrator for EPA’s Office of Chemical Safety & Pollution Prevention, said the EPA issued the change to "keep our children and pets safe from these poisons." Every year, the American Association of Poison Control Centers receives 12,000-15,000 reports of kids under the age of six being exposed to rodent bait.

Some analysts think the unreported exposure rate could be 10 times as high; the EPA estimates it’s four times as much. A 2006 EPA study found that of 68,005 children under six exposed to rodenticides, 18,084 had to be treated at a health care facility.

And according to the ASPCA’s National Animal Poison Control Center, tens of thousands of pets, livestock, and wildlife are being poisoned by rodenticides per year. "It’s common," says Dr. Camille DeClementi, senior director of the NAPCC. "Dogs frequently get into bait."

The EPA wants to ban 20 products with brodifacoum, which is in D-Con, and three other chemicals (bromadiolone, difethialone, and difenacoum) for use in residences. But pesticides with the chemicals could still be used by exterminators and farm owners. On Sept. 7, the agency said it would meet Nov. 29 to consider "scientific conclusions" supporting its decision; it’s accepting comments through Nov. 15.

One looming question: will the ban work? Some mom and pop shop owners are so desperate for sales in the recession that they’ve turned to offering dirt-cheap but illegal rat poisons, often from China. On Sept. 19, 12 people were arrested in New York City’s Chinatown for selling brodifacoum and sodium fluoroacetate-laced products which, because they look like cookies, could attract children, Manhattan District Attorney Cyrus Vance said at a news conference. The U.S. has forbidden use of sodium fluoroacetate against rats since 1972.

And while commending the EPA "for trying to reduce the risk of poisoning," DeClementi says that although the new regulations would stop most cats from being poisoned, many dogs will simply chew open the poison-strewn blocks, called "bait stations," that will be required if the regulations take effect. "Dogs," she says, "explore the world with their mouths. The same thing that makes the bait attractive to rodents will make it attractive to dogs. Dogs will seek the stations out."

Worse yet, DeClementi, a veterinarian who’s been with the ASPCA since 1999, predicts that the ban will produce an unintended consequence: if they lose in court, pest control companies will switch to selling a class of other, even more deadly poisons known as "first generation" rodenticides.

And their two most likely choices, believes DeClementi, will be bromethalin, a neurotoxin which causes paralysis or seizures that are almost impossible to treat, and cholecalciferol, a form of vitamin D which, in high doses, induces kidney failure that requires lengthy and expensive treatment.

"I wonder if sterlizing rodents would work better?" she asks. "But would eating rats on birth control also kill birds of prey?"

For now, she favors products that catch rodents "in a little house," such as rat zappers, and telling bird lovers to "keep their bird seed in containers instead of bags."

Others favor more natural approaches. After rats seeking warm places to nest caused a reported $5,000–<\d>$7,000 in damage to vehicles by chewing their carpets and other parts in the garage of the Marin County Civic Center, the county, in cooperation with the Hungry Owl Project, spent less than $1,000 to put up six barn owl boxes adjacent to the San Rafael building September 10. Each owl family can consume up to 5,000 of the voracious vermin per year.

Meanwhile, not everyone is waiting for the EPA’s rules to go into effect. Retailers around the USA are starting to withdraw rat pellet bait products.

Now that the EPA has published its rule change, stores in New York must, under state law, take the rat bait products off their shelves. And after the discovery of four dead Cooper’s hawks, three of which tested positive for rodenticide poisoning, activists in California say they will press for the enactment of a similar law.

"I’m outraged at the makers of these rodenticides for not caring about people or the welfare of animals," says Lisa Owens Viani, who founded Raptors Are The Solution (RATS) this summer after a Cooper’s hawk was found dead on a sidewalk off Berkeley’s Bancroft Street, four years after three other Cooper’s hawks died in her Berkeley neighborhood. Tests by the University of California at Davis showed the sidewalk hawk had ingested the rodenticides brodifacoum and diphacinone; two of the other birds tested positive for brodifacoum.

"The companies that are fighting (the EPA) are some of the same ones that make rodent traps," she says. "They will still have plenty of other products to sell."

Owens Viani, who led a jam-packed organizing meeting of RATS August 26, says part of her motivation to act is "a personal thing. I have lots of animals. My vet told me he’s seen lots of dogs, cats, and horses that have been poisoned by rats."

"A little girl was devastated to come across the young juvenile hawk that had bled to death on the sidewalk," she says.

"At first, I went door to door and passed out fliers, asking if anyone else was finding dead birds, for a five block radius," remembers Owens Viani. She discovered that although most bird books say Cooper’s hawks eat other birds, a local photographer had shot images of them also feeding rats to their young.

RATS plans to urge hardware and chain stores in the San Francisco Bay Area to immediately stop selling the products named by the EPA. "We want to push them along," says Owens Viani. "People are really concerned about this problem. They are tired of relying on poisons."

Meanwhile, on Sept. 9, San Francisco sent letters to about 140 hardware stores, big box stores, and garden centers, asking them to voluntarily "pledge to stop ordering" the affected products by Sept. 15. Signed by Melanie Nutter, director of the city’s Department of Environment, the letter included a list of "alternative rat and mouse baits" that meet the EPA’s standards.

"The EPA is being hamstrung" by the court battle, says Chris Geiger, San Francisco’s green purchasing manager. "The products in question are highly toxic. We think we owe it to the people of San Francisco to let them know about this situation and to encourage them not to sell or buy this stuff."

"The good thing is that there are other things people will buy instead," adds Geiger.

It isn’t the first time San Francisco’s been involved in the rodenticides controversy. In 2007, it virtually banned the use of rodenticides on city-owned properties, except for sewers, "where," says Geiger, "there’s nothing else we know of that can be used" to kill rats.

Sensing a potentially explosive issue that could pit environmentalists against people with health concerns about rats, Geiger says the city is trying to work with store owners in order to avoid trouble. "We want to help vendors not have people picketing outside their hardware outlets," he says. In coming weeks, San Francisco plans to hold community meetings to deal with consumer concerns about rodenticides.

So far, more than 15 stores have complied with the request. Among them: Sloat Garden Centers’ entire chain, including its stores in San Francisco, Mill Valley, San Rafael, Kentfield, Novato, and Danville; Papenhausen Hardware, in West Portal; and Cliff’s Variety, in the Castro.

Says Cliff’s Tamayo: "We’re selling out what little we have left of the old products and have already restocked our shelves with new items." At first, Tamayo considered slashing prices to lure worried customers back to the store. "I thought I might have to put them on sale," he says. But after getting only four complaints, Cliff’s is, at least for now, staying the course.

As for Owens Viani, she says it’s also now time to push the state to do what San Francisco is doing but on steroids, by having the Golden State order harmful rodenticide products removed from stores. "We want California to pass a law, so we are going to approach a legislator to get a bill going," says Viani, who lives in the flatlands of Berkeley, which is a prime breeding area for rats.

For information about the next meeting of RATS or to help the group succeed, please go to www.hungryowl.org/kboib or contact Owens Viani at lowensvi@sbcglobal.net.