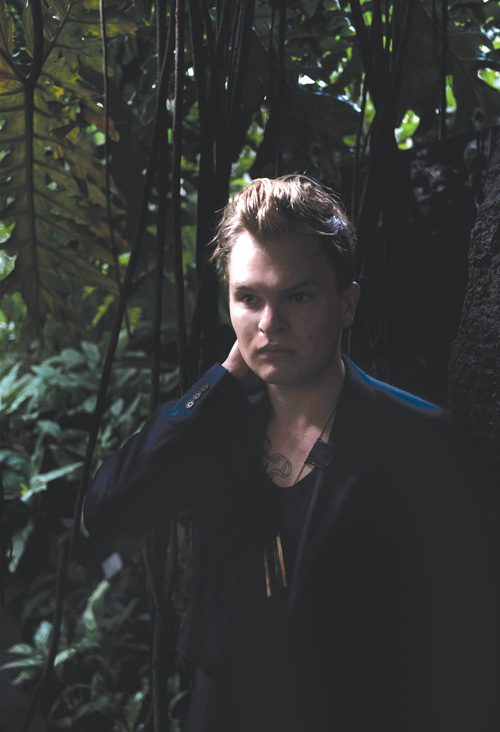 MUSIC It’s tough to pin down a busy bee like Chris Taylor — Grizzly Bear’s bassist, an in-demand producer, and now the leader of his own pack called CANT — but once you manage to, he’s as disarmingly engaging as his new dispatch from a darkling, excruciatingly personal plain, Dreams Come True, released on his own Terrible Records.

So it shocks him when he hears critics describe his music as cold, even chilly. “When people say it’s impersonal, it’s like, wow, man,” Taylor marvels from Portland, Ore. “If anything, you should be saying, ‘This record is too emo.’ That was what I was expecting, that people would say, ‘This guy is way too emotional. Go see a therapist and cool out.’

“I was intentionally trying to figure out the worst kind of fears, fears of falling in love and not being able to let go, or fears of losing it when you think you have it. Scary, unpleasant realities.”

But realities rendered far from heartlessly. A probing soulfulness runs throughout Dreams Come True, which often sounds more like a wrenching, pitch-black nightmare than a blissful reverie. Yet the LP teems with pleasures, and the deeper you penetrate, the harder its pull. It’s in the way that Taylor beautifully couples gristly, screeching scads of industrial noise, reminiscent of both Nine Inch Nails and horror-movie violins, with celestial synth in the title track and “Rises Silent.” Skittish electronic beats bang up against gamelan-like percussion in the echoey, prog-pop opening track, “Too Late, Too Far,” while Satie-esque (and Thom Yorke/Radiohead-like) impressionism is paired with an undercurrent of ’90s-era post-punk dissonance in “Bericht.” Brass that cues wee-hours soul bounces off elastic bass notes in “The Edge,” and a softly insinuating Velvet Underground-ish guitar vamp adds menace to “She Found a Way Out” — a song that makes one wonder if that way out was, akin to Joy Division’s “She’s Lost Control Again,” something like a permanent check-out.

“It’s about the sort of feeling you feel when the biggest love of your life walks out the door, and you deserve it, and she’s better off for it — it makes you want to scream,” explains Taylor with a rueful chuckle. “No, she didn’t die! She went to grad school. She’s getting smarter by the day.”

Taylor’s education into solo music-making began with his forays into singing with Grizzly Bear — CANT’s name plays off that definition, among angles. After completing production on Twin Shadow’s Forget (4AD/Terrible, 2010), he sat down with TS’s George Lewis Jr. for about two weeks to work on Dreams, playing most of the instruments themselves. Work continued after Lewis departed, contributing to the music’s sense of ratcheted-up intimacy. “I was by myself, and it’s just the worst, especially not having written lyrics before,” says Taylor. “You’re like, does this suck? And it’s just crickets.”

Songs such as “Answer” — with its pacing synth line, moodily ascending string sounds, and brooding refrain, “It’s been a while since you needed me / It’s been a while since I needed you, too” — spoke directly to old demons. “It’s about my ongoing and often difficult relationship with my dad — one of the more trying relationships in my life,” confesses Taylor, whose parents divorced when he was 5.

“It’s about feeling loved, and at the same time, there’s so much, like, meanness. It’s really confusing when a kid is told they’re loved and then treated so badly…” And it’s mystifying, and maybe a relief, that the track’s inspiration has no idea what role he played in its making — and that pain can be transformed so completely into pop. “I think,” says Taylor with disbelief, “when the song premiered on Pitchfork, [my dad] said, ‘I like that!'” CANT With Mirror Mirror and Blood Orange Wed/5, 8 p.m., $15 Independent 628 Divisadero, SF (415) 771-1422 www.theindependentsf.com