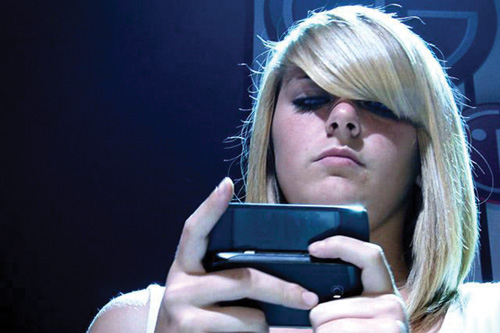 FILM You could drive (or if you have the time, public transport) to the 34th annual Mill Valley Film Festival solely for movies like period drama Albert Nobbs, which is already generating Oscar buzz for Glenn Close. Hot tip, though: anything with the words “Oscar buzz” attached to it, or “critically acclaimed” (including believe-the-hype entries Martha Marcy May Marlene and Like Crazy), will likely arrive in San Francisco over the next few months.

However, Mill Valley also offers a huge schedule of films you haven’t heard of yet, like Bill Couturié’s Thumbs, a zippy doc about swift-fingered teens battling to win the 2010 US National Texting Championships. Before you shake your head in disbelief, Grandpa, note that the top finishers rake in major skrilla (first place: $50,000). Thumbs, which owes much to earlier competition docs like 2002’s Spellbound, has already taken aim at its target demographic by airing on MTV, but it holds up beyond the small screen. Kids will dig the wholesome protagonists: the punky small-town girl who argues with her mother via text; the soft-spoken swim-team standout. But anyone who doesn’t hang with the class of 2014 will find Thumbs an eye-opening (and surprisingly positive) peek at high-school society in the digital age.

Using technology in a completely different way is Granito: How to Nail a Dictator, acclaimed documentarian Pamela Yates’ follow-up to her 1983 doc about the Guatemalan civil war, When the Mountains Tremble. “How does each of us weave our responsibilities into the fabric of history?” Yates wonders in her introspective voice-over. When a human-rights lawyer working to charge Guatemalan military leaders with genocide asks Yates for her Mountains outtakes, the filmmaker scours her archives, digging for evidence and eventually becoming deeply involved in the case. Granito is a legal thriller, but it’s also a personal journey, for Yates and, most potently, survivors still traumatized by Guatemala’s years of repression and violence.

On the lighter side is Smokin’ Fish, a low-key profile of wry businessman Cory Mann (who also co-directs). Born in Juneau, raised in San Diego, the half-white, half-Native American (“For a long time, I thought I was Mexican!”) puts his mail-order company on hold for a few months every year to catch and smoke salmon using traditional methods in rural Alaska. More than a character study, Smokin’ Fish is also a portrait of what it means to be an “authentic Indian” in the 21st century, in a world where you can spend one day tangling with the IRS and the next trading fish for fresh moose meat.

A far less gratifying tradition is the subject of The Forgiveness of Blood, the sophomore effort from Maria Full of Grace (2004) director Joshua Marston. The Los Angeles-born, internationally-minded Marston travels to Albania for this fictional drama about the decades-old conflict between two rival families — and the devastating impact the eye-for-an-eye feud has on the younger generation. Already tapped as Albania’s entry for Best Foreign Language Film at next year’s Oscars, Forgiveness is definitely gonna be one of those MVFF films you’ll be able to see theatrically. Make sure you don’t miss it.

Got no transition here, just another recommendation. Guru: Bhagwan, His Secretary and His Bodyguard, a Swiss documentary about the late Bhagwan Shree Rajneesh — and two of his most devoted followers, bodyguard Hugh Milne and secretary-spokesperson Sheela Birnstiel. “When did it begin to go wrong?” asks Milne early in the film, which utilizes a bounty of archival footage to chart a movement that started in the 1970s, when a charismatic guru first enthralled thousands of spiritual, sexually adventurous hippies. Milne (mournful) and Birnstiel (incredibly, still a believer) reconstruct the confusing, emotionally exhausting years that followed; the subsequent web of culty weirdness culminated with the hostile takeover of a rural Oregon community, and, most famously, an unholy collection of Rolls-Royces.

Mill Valley’s shorts programs are always strong, from the “5@5” selections to the films paired with longer features throughout the fest. Of local interest, the UC Berkeley Graduate School of Journalism presentation Pot Country (part of the “5@5: Circle of Life” program) travels 200 miles north of San Francisco to hang with marijuana farmers. The film interviews both the world’s smarmiest pot lobbyist and a veteran grower prone to poetic, philosophical musings (“We didn’t move here to grow marijuana. It came to us as a gift”). Directors Kate McLean and Mario Furloni are particularly interested in divisive Prop 19 (which would have legalized weed for personal use, but had the potential to squeeze out small farmers), and the fact that, like, everyone grows pot these days. “We came [to Northern California] to be away from the mainstream culture,” remarks the grower. “Now, we’re in it.”

Screening alongside two other shorts in a program dubbed “The Barber, The Brush, and the Baton” is Paige Bierma’s A Brush With the Tenderloin, which follows muralist Mona Caron as she creates her landmark piece at Jones and Golden Gate Streets in San Francisco. Despite the neighborhood’s bad rep, its residents — no matter how intimidating they may look — rally around Caron’s efforts with positivity and pride.

The art theme continues with Library of Dust, screening before William Kurelek’s The Maze. Directed by Ondi Timoner and Robert James, Library draws inspiration from David Maisel’s photography collection of the same name. His subject? Abandoned canisters of human ashes discovered at the Oregon State Hospital. Library recounts how the canisters were found and how Maisel’s haunting artwork came about; it also delves into the troubled history of mental health care. Despite the tragedy of the forgotten ashes — very few have been claimed to date, though the “reunions” captured on camera are poignant — the resulting media storm was enough to convince voters that Oregon was long overdue for new mental health facility. Powerful stuff, all vividly explored in the span of 16 minutes.