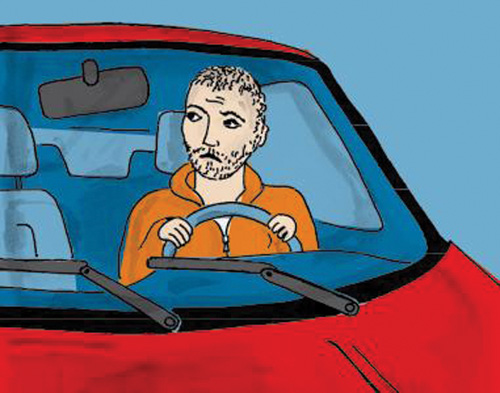 HERBWISE It’s what you would call a recession novel.

The lead character of Tony D’Souza’s Mule: A Novel of Moving Weight (292 pp, Mariner Books, $14.95)has nearly navigated the entirety of the upward-downward spiral to drug kingpin-dom we know so well from Scarface. This is how his story ends, in part:

The moment comes after hundreds of pages of violence and paranoia. D’Souza’s James is a successful freelance journalist rendered financially obsolete in the Crash Which Dare Not Speak It’s Name. Reduced from an A-list Austin lifestyle, he decides to drive a pound of marijuana across the country, literally to make ends meet for himself and his young family. His surprising ambition leads to mansions in Florida and reliance on the money-sick and power-mad for business.

Mule reads like an episode of The Wire, drawing from Weeds for some background material. And like those two series, what it has to say about the times we’re living in is worth hearing.

James is a deal-shoot-angst protagonist, a thoroughly middle class character. He wears Lacoste. He can’t get a byline to save his life, hence the drug running. His white skin is an advantage as a mule because it keeps him from being profiled by highway cops.

But if the Obama job plan passes, if unemployment was no longer at 9.1 percent, would James still be hustling? This is where Mule succeeds, its sheer ambiguity making it so much a product of this rightnow. In 2011, it’s not clear if we should be taking deep breathes and job hunting through the madness or straight up losing our shit in the face of economic meltdown, environmental heart attack, and vitriolic culture war.

And yes, Mule is also about marijuana itself. This too is important. How many Cali children have saved their skins by trimming in Mendo?

This is the same substance that supports the professional photographers and glamour shots we profiled in last week’s column. Only in Mule, double murders are performed over the stuff, people lose their minds to transport it. These are the same things that are happening across the hemisphere, despite our privileged Bay Arean cradle where we smoke in the streets and get prescriptions to stoke our appetites. Medicine, felony: marijuana is ambivalence itself these days.

If you’re looking for a novel-length iteration of why cannabis should be legalized, you could do worse than Mule. But you could also do better. That’s because of the book’s omnipresent ghoul, the generation-derailing R-word.

Sure, if selling pot wasn’t grounds for a felony or worse in most of the country, James would never have to smack around that snotty college dealer with the kid’s own textbooks, or been rendered paralyzed by fear in a grotty hotel room in San Angelo, Tex. — but would his world morph to emerald green good vibes? If weed were legal, wouldn’t it be assimilated into that other source of our brave protagonist’s dread? Would it be just one more job field described by our dismal unemployment levels?

In other words, read it.