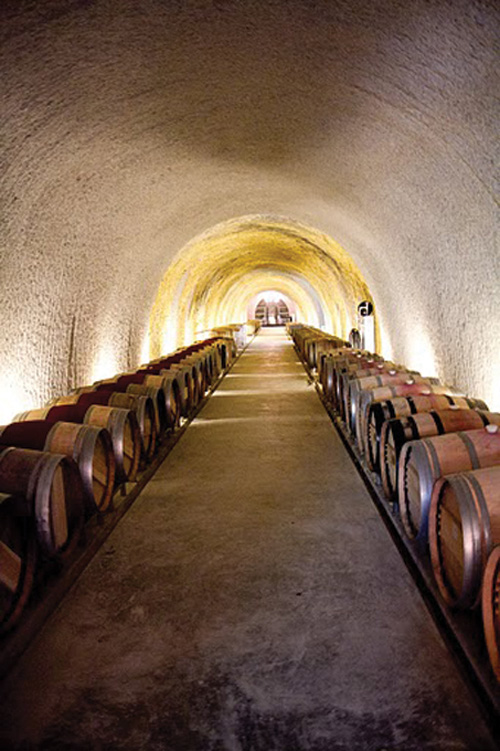 BEER AND WINE It’s a unique time in Bay Area winemaking. We see more California winemakers finding harmony between New and Old World-style production, laying off heavier-handed extremes of overly-oaked or high alcohol wines, honing in on our region’s true terroir. While global love for big, bold California wines isn’t going anywhere, it’s ever more apparent that our range is far beyond what might be assumed.

Small, family-run wineries have long undergirded our region’s greatness, and today there are many new wines, from Sonoma to Napa, adding nuance to the landscape. As is the case historically, many wineries are a family affair where parents and children share in the work, from production to business operations. Here are a few we felt you should know about; you can order most of their wines through their websites.

San Francisco holds a treasure in the person of Carl Sutton of Sutton Cellars. He walks the fine line of approachability and Old World-influenced production style. At 22nd Street and Illinois sits a funky warehouse winery where he throws Jug Sundays, tapping barrels and selling jugs or liters of wine (email directly through its website — www.suttoncellars.com — to be added to the event email list). Carl corrals Dogpatch neighbors to supply grub, like Olivier’s Butchery or the TomKat Asian street food truck. His wife Sharon often pours and works with him, both of them wine aficionados and passionate global travelers.

His grapes grow mostly in Sonoma County (with a little Mendocino in the mix), and are often single vineyard wines. At a time when many claim personal care, Sutton’s brown label wines are actually filled and corked by hand. Often this kind of care implies high costs, but Sutton stays amazingly affordable at $14–<\d>$21 a bottle.

Sutton is heavily influenced by France and Spain. He offers a full-bodied Rattlesnake Rosé ($15), but also the stunning Fizé, a 2010 rosé of organic Carignane grapes. It unfolds with each sip: tart cranberry and pomegranate notes, and a crisp effervescence. With no yeast or sulfites added, fermentation actually happens in the bottle. It possess a bready nose, with a profile far beyond typical rosés on either end of the sweet/dry spectrum (find this beauty at the winery, Bi-Rite, Rainbow Grocery, D&M). As of last week, he has keg preview of the 2010 Rattlesnake Rosé on tap at Magnolia Pub and Brewery.

His 2007 Carignane is an acidic, balanced, food-friendly red (barrel fermented in neutral oak). The aged La Solera is an elegant after-dinner imbibement and one of Sutton’s best creations. A blend of syrah, zin, and carignane wines from 1999-2006, it at turns evokes Madeira, Banyuls, sherry, even whiskey, with whispers of burnt orange, and a golden richness from its time resting in the sun, a classic method he picked up in Spain. La Solera is at the top of his price range at a mere $30, a steal for such a complex wine.

Sutton’s Brown Label Vermouth (unaged brandy-fortified neutral white wine, infused with 17 botanicals, bottled fresh weekly) is a winner. The Alembic was the first place to serve this refreshing aperitif on tap, enjoyed on the rocks, Italian-style. Sutton bubbles over with visions for a wide range of wines and liqueurs, including at least one new aperitif/digestif wine due before year’s end.

Head off Silverado Trail, past vines and olive trees, onto a dirt road that leads to a gate. Beyond a sea of cabernet vines, lies Kelly Fleming’s stone winery (www.kellyflemingwines.com), evoking an Italian villa, similar to many I explored in Tuscany. The winery’s stone walls and wood shutters imbue the space with a rustic character far beyond its years.

In an open-air dining room, I sat under stone arches at a handmade wood table crafted from one tree off the 300-acre property. Kelly and her daughter Colleen, who also works for the company, served a Mediterranean-style spread for lunch, using ingredients from their garden (like a silky jam from their fig trees).

We sipped Fleming’s 2009 Sauvignon Blanc (50 percent French oak, 50percent stainless steel), representative of the Oakville soil from which these grapes grow. It’s a balanced white with a floral and fruity (pear, pineapple) profile, rounded out by a hint of vanilla. 2007 Cabernet is 100 percent estate and CCOF organically grown, rested in 85 percent new French oak. Though fruit plays prominently (warm, dusty raspberries), hints of wood, nuts and spice give it contrast.

Winemaker Celia Welch works with the region’s terroir (this is cabernet country, after all), from vines planted in 1999. The wild beauty of the property’s forests and creeks is kept intact with only 12 of the 300 acres planted with vines. Inside limestone caves, the air is naturally cool, storing barrels and bottles of past vintages (unreleased but which they’ve been perfecting for nearly a decade). At a mere 850 cabernet and 675 sauvignon blanc cases a year, these are truly small production wines.

Kelly is hands-on in so many aspects from harvesting to forklift operation. She and Colleen both were recently certified in forklift driving, highlighting the involved, familial nature of the winery. They are gracious hosts, welcoming guests by appointment.

Think Parisian carnival, classic French estate, Napa’s rich nature, New Orleans’ roots, and you’ll begin to get an idea of the influences on Swanson Vineyards (www.swansonvineyards.com). The winemaker is Chris Phelps — Clarke Swanson founded the winery back in 1985, planting his first merlot grapes. His daughter, Alexis, works as the winery’s creative director. Wife Elizabeth buzzed about as we sipped wine in their enchanting garden, greeting each guest.

The first sign Swanson is different comes when you enter the Sip Shoppe, with red-and-white striped tented walls, Old World French artwork, and Billie Holiday playing soothingly in the background. Elizabeth and Alexis designed the shop themselves, imparting a playful Parisian spirit to what could just be another tasting room. One wants to linger for flights like “Some Like it Red,” paired with the likes of warm pistachios, Alexis bonbons (made by Vosges with curry and Swanson’s Alexis Cabernet), or a potato chip topped with creme fraiche and Hackleback sturgeon caviar (lovely with their Chardonnay).

The 2010 Chardonnay was my favorite, and a complete surprise as a mineral, French-inspired chardonnay, reminiscent of Chablis. Neutral oak allows crisp, green apple notes to shine, while honey adds a tinge of cream to the finish. At a pricey $45, this one is only available at the winery or to wine club members.

Of the reds, Swanson’s signature 2007 Merlot offers the best price-to-taste ratio at $38 per bottle. It’s unexpectedly balanced with tart tannins, hints of black cherry, currant and mocha. On the pricier end, the 2007 Alexis Cabernet ($75) is bold and layered, while a 2006 Petite Syrah ($70) goes the earthier, spice and gentle black pepper route.

Make an appointment to visit the winery for a Salon tasting ($65) or Sip Shoppe flight (around $25), then finish by lingering in the garden. You can taste at dozens of wineries but the Swanson’s chic shoppe and salon deliver a fun, Parisian spirit to the Napa countryside. *

Virginia Miller writes about the latest food and drink news at The Perfect Spot, www.theperfectspotsf.com