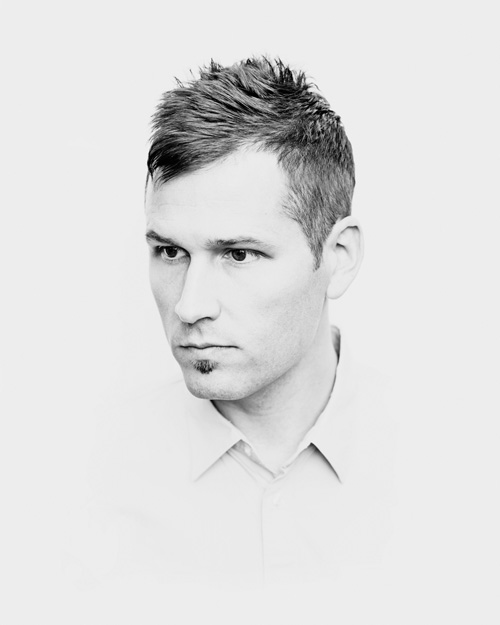 SUPER EGO And so, interest in user-friendly dance music has come to the point where it can support a full-fledged, all-ages, traveling arena festival tour, a kind of mid-period Lollapalooza for ravers of all stripes called Identity, which features a pretty thrilling grab bag of 35 acts in 20 cities, and rolls into Shoreline Amphitheatre on Sat/3. Well, why the hell not? It’s good to go big once in a while.

(Unlike Lollapalooza, however, Identity carries nary a hint of grassroots activism or cosmic enlightenment — although there are “glow products” for sale in the Vendor Village. Also, for something called “Identity” there’s an awfully pale-faced sausage-fest lineup. Both of these things, however, may just be an accurate reflection of contemporary electronic dance music mega-party affairs in general.)

Alongside marquee names like DJ Shadow, Crystal Method, Pete Tong, and Hercules and Love Affair and intriguing, less-familiar-Stateside acts Rusko, Nero, and Steve Lawler — not to mention heroes of hype Steve Aoki and Skrillex — is someone very familiar to San Franciscan clubgoers. Headlining Identity is Kaskade, a.k.a. Ryan Raddon, who made his early career in the city at OM Records before leaping to Billboard Dance Chart fame and becoming SF’s entry into that overwhelming, slightly horrifying, always fascinating pop-tech monster ball that includes Deadmau5, Tiësto, and David Guetta.

“It wasn’t really my ambition to get so big that here I am headlining this massive tour, which can be exhausting,” Kaskade told me over the phone as he prepared to jet off between Identity dates to play the UK’s famed Creamfields Fest. (As someone whose appearance at a block party sparked a full-on riot in LA last month, Kaskade’s down-to-earth, surfer-dude demeanor is a bit disarming.)

“My passion is really more about producing than DJing, although doing I.D. has been awesome and exposed me to new sounds and different audiences. It’s a great party. And it does feel more and more that the pop sound is coming around to what I’ve been doing. A wave of electronic music seems to be taking over right now. I don’t specifically compose for pop singers like Guetta, but I can see how my sound fits in with what’s happening, and that’s why it’s reaching more people.”

That sound is a thoroughly accessible, silky smooth, slightly melancholic series of usually vocal-based anthems that always seems to be shimmering on a Mediterranean beach somewhere (expensive sunglasses come to mind) even as it inexorably builds to its climaxes and breakdowns. New release “Eyes,” with singer Mindy Gledhill is emblematic, the aching breeziness pioneered by local OM and Naked Music labels in the early 2000s pumped up on the big-money, stadium-sized steroids of Kaskade’s current home, Ultra Records, based in New York City.

Headlining Identity has buoyed Kaskade’s mainstream standing, but hopping aboard has had other advantages as well. “One of the best things about the Identity tour is that I get to work on my own stage show, to turn the music into a whole experience. Most of the time as a DJ, I just come into predetermined venues like Ruby Skye and at least have a good light rig. But now I can really expand my musical ideas conceptually, with video projections and amphitheater effects. Opening up to that kind of thing, along with hearing what the other Identity acts like Datsik and Le Castle Vania are doing — I don’t get to go to other peoples’ shows very much because I’m always playing somewhere — that’s changed some of my ideas drastically.”

Is coming back to San Francisco a kind of triumphant homecoming? “I don’t think of it that way. I really don’t think I ever left San Francisco, or that anyone can ever really leave San Francisco. Obviously the Bay Area means a lot to me in terms of my development, but I think a lot about moving back there. The people are genuinely into the music — and they’re used to a high level of quality.”

The local electro label pumps out a good share of thoughtful bangers, this free party at recently expanded swankity club Sloane Squared is a perfect chance to plug in to the crews’ mindbending doings. With Baan, Ear Jerker, MPHD, Dane O, and Teleport.

Brazil-via-Brooklyn baile funk warrior queen gets provocative and splashes some neon rap over bass-heavy electronic tracks at one of my favorite monthly parties for downright friendliness and forward-thinking global jams, Braza!

Repping Frankfurt and Hamburg respectively, these two acts are heroes of headspace-commandeering minimal techno — with duo Kollektiv considered by many to be among the best live acts in the world. Their sometimes haunting tracks will give the monthly Kontrol party an intense vibe.

One of the almighty princes of dub ruled the ’80s with treatments of Depeche Mode, Coldcut, the Woodentops, and Sinead O’Connor, released the first Black Uhuru records, cofounded the storied On-U Sound System, and is now helping celebrate excellent weekly Dub Mission’s 15th (!) anniversary. This is one of those “wows.”

British Jedi master of smart tech-house in the 1990s has gone through a number of stylistic changes and clever monikers, but has never been afraid to let his classical and jazz training shine through his tracks. He’s headlining the grand Stompy + Sunset Labour of Love party.