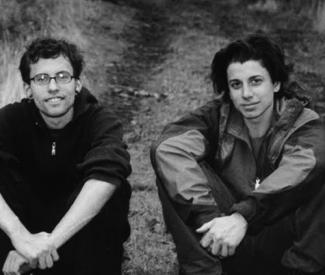 The families of Shane Bauer and Josh Fattal issued a statement yesterday (Sun/21) after receiving confirmation that the two men, both 29, had been sentenced to eight years in prison after an Iranian court found them guilty of illegal entry into Iran and espionage on behalf of the United States.

“Of the 751 days of Shane and Josh’s imprisonment, yesterday and today have been the most difficult for our families,” the statement notes. “Shane and Josh are innocent and have never posed any threat to the Islamic Republic of Iran, its government or its people.

“We are encouraged that the Iranian Foreign Minister, Ali Akbar Salehi, has said he hopes the case will proceed in a manner that will result in Shane and Josh’s freedom. We appeal to the authorities in Iran to show compassion and allow them to return home to our families without delay.

“We also ask everyone around the world who trusts in the benevolence of the Iranian people and their leaders to join us in praying that Shane and Josh will now be released.”

Bauer and Fattal were arrested with Bauer’s fiancée, Sarah Shourd, on July 31, 2009 on the unmarked border between Iran and Iraqi Kurdistan where the three had been hiking during a vacation. Shourd, 32, was released on humanitarian grounds last September after spending 410 days in solitary confinement. Bauer and Fattal were sentenced after more than two years of detainment awaiting trial.

“We have repeatedly called for the release of Shane Bauer and Joshua Fattal,” U.S. State Department Spokesperson Victoria Nuland told the Guardian. “Shane and Josh have been imprisoned too long, and it is time to reunite them with their families.”

Iraqi Kurdistan, the region where the three had been hiking, is a semi-autonomous region of northern Iraq that has been notably more stable then other areas of Iraq since the 2003 U.S. lead invasion. The U.S. State department had affirmed the relative safety of travel in the Kurdistan region of Iraq just weeks before their ill-fated trip.

Bauer, a freelance writer and photojournalist who has written for the Guardian and other Bay Area news outlets, and Fattal, an environmental advocate, are both graduates of UC Berkeley had both traveled extensively abroad pursuing their vocations and interests.

Shourd has indicated that she does not plan to return to Iran to stand trial, but has been a constant advocate for the release of her traveling companions. Supporters have organized several events in the Bay Area, including an art auction and film screening, to assist in the efforts calling for the hikers’ release from Iran.

Bauer and Fattal appeared in court only once on February 6 this year when they testified to their innocence verbally and in writing. Their Iranian lawyer, Masoud Shafiee, has said he will appeal the verdict. It remains unclear if the time they have served thus far will apply to the court sentence.

Speaking about the case, Secretary Of State Hillary Clinton said, “We continue to express our hope that the Iranian authorities will exercise the humanitarian option of releasing these two young men.”

The Iranian Ambassador to the United Nations has not yet returned the Guardian’s request for comment.