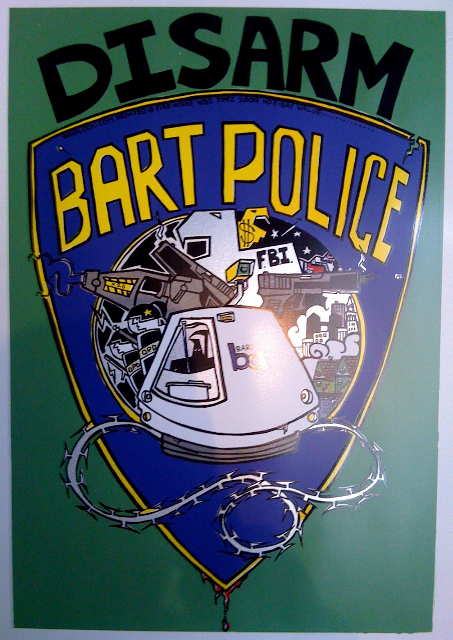 On August 16, one day after a transit system disruption caused by protests over BART’s unprecedented decision to temporary cut cellular phone during a previous protest, BART Chief Communications Officer Linton Johnson acknowledged to the press that the idea to cut service had been his from the start.

Johnson defended his decision telling the San Francisco Chronicle, “A 1969 U.S. Supreme Court decision, in the Brandenburg v. Ohio case, allows public agencies to put public safety before free speech when there is an imminent danger to the public.”

But was there an imminent danger?

What Johnson failed to acknowledge was that after his idea to order a unprecedented disruption of cellular service to thwart the protest anticipated on August 11 was vetted by BART police, Johnson went on vacation and wasn’t around to help determine what kind of danger the protest – which didn’t end of happening – may have posed. NOTE THE UPDATE BELOW. JOHNSON CLAIMS HE WAS MONITORING THE STATIONS.

In fact, Johnson left on vacation on August 11, the same day the fizzled protest that started a national controversy occurred. So with BART’s plan in motion, and Johnson apparently not on hand, nothing of note happened. No indication was reported by BART or by the media of any trouble at all breaking out on the platforms or paid areas of BART stations on August 11. BART may have been left holding the bag.

An automatically generated e-mail response to the Guardian’s request to interview Johnson read “I will be out of the office starting 08/11/2011 and will not return until 08/16/2011. Please contact Deputy Chief Communications Officer Jim Allison while I am gone.”

On August 15, Johnson’s voicemail message indicated he had returned from vacation early, and would do his best to field phone interview requests within 20 minutes of receiving them.

August 15 happened to be the day that fallout from his plan lead to evening rush hour transit disruptions by protesters with swarms of national and international news representatives on hand. Though interviewed by the nation’s press corp, Johnson chose not to acknowledge the primacy of his decision making role in the censorship until the following day.

Comparing the “imminent danger,” declared by BART, and the #opBART protest called by international hacker group Anonymous on August 15 that caused all Downtown San Francisco BART stations to close for the evening rush, questions arise over what, if any, criteria Johnson used in deciding to pull or not pull the plug on BART cell service.

The Federal Communications Commissions has launched an investigation into BART’s actions, responding to a call by California State Senator Leland Yee.

“We are continuing to collect information about BART’s actions,” stated FCC spokesperson Neil Grace in a statement issued by the agency. “(We) will be taking steps to hear from stakeholders about the important issues those actions raised, including protecting public safety and ensuring the availability of communications networks.”

UPDATE: Johnson finally got back to us by email and wrote, “I offered up the idea on Thursday morning.  BART PD took it to the Interim GM.  The GM approved it then let the Board of Directors know what was to happen that night.  I was  on scene in case the protest broke out.   I left downtown SF around 8pm – I was on a plane that night, which left at 11:50pm.”