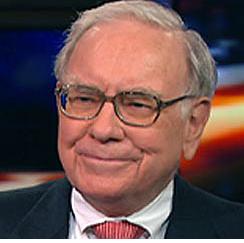 Just about everyone I know has been emailing and posting and talking about the Warren Buffett New York Times oped piece on the mega-rich (and I’m not alone — it’s the single most emailed piece on nytimes.com today). I appreciate what Buffett has to say; I’m glad he’s willing to point out that the “shared sacrifice” we’re hearing about from Washington doesn’t include any sacrifices at all from the people who can most afford to give up a little. But that’s not my favorite line; here’s the real crucial argument:

Back in the 1980s and 1990s, tax rates for the rich were far higher, and my percentage rate was in the middle of the pack. According to a theory I sometimes hear, I should have thrown a fit and refused to invest because of the elevated tax rates on capital gains and dividends.

I didn’t refuse, nor did others. I have worked with investors for 60 years and I have yet to see anyone — not even when capital gains rates were 39.9 percent in 1976-77 — shy away from a sensible investment because of the tax rate on the potential gain. People invest to make money, and potential taxes have never scared them off. And to those who argue that higher rates hurt job creation, I would note that a net of nearly 40 million jobs were added between 1980 and 2000. You know what’s happened since then: lower tax rates and far lower job creation.

Get it? Raising tax rates on investments and on the income of the very rich doesn’t impede job creation. RIch people don’t stop working or investing when they have to pay higher taxes. (And local business taxes don’t have a measurable impact on job creation or preservation in San Francisco.)

Here’s where Buffett’s argument bothers me: The guy’s got more money than he can ever spend. He’s going to give most of it away. If he really believes in what he wrote, why doesn’t he use some of that vast wealth to fund a campaign to educate American voters about the truth about taxes and jobs? Imagine what a billion dollars — a modest fraction of his wealth — could do to change the political dynamic in this country. Imagine a concerted advertising and PR campaign, similar to what the right wing has used over the years to promote its pro-corporate agenda, making the case that higher taxes on the rich are good for the economy, that government spending on job creation is a positive thing and that the central dynamic that dominates discussion in both parties is entirely wrong?

Warren: You can do it. I know there are plenty of great charities out there that can use your money, but that won’t change the world. This might.