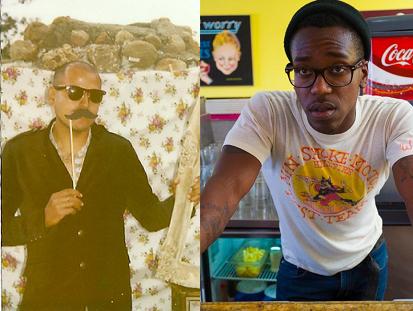 “This was me running in to grab my friend, I didn’t think twice about it,” says Oakland assault victim Adal Castellon, who (as reported by the Bay Citizen) was attacked with bandmate Brontez Purnell outside of Club Paradiso at 2 a.m. late Wednesday night. “That’s when the guy socked me in the face.”

Hard. When the Guardian spoke with him this afternoon, Castellon had just returned from the hospital where doctors told him bones in his face had been broken in five places. Recently unemployed after seven years working in Bay Area social services, he has no health insurance.

Two days after the ordeal, the musician has barely had time to think about what he’ll have to do to recover from the assault. “This came at the worst time,” he says. “It’s been such a rollercoaster ride.”

The two men had arrived at the club around 12:30 a.m. on Wednesday, according to Castellon. It was a slow night, and they talked about issues pertaining to their band (Younger Lovers). Castellon, in training for the New York Marathon, wasn’t drinking.

When they exited, says Castellon “these guys told us that we were in the wrong club. This is our neighborhood club! Brontez has been going there since he was 22, and he’s 29 now.”

Purnell answered back “how dare you?” and the situation escalated until, Castellon tells us, the men started punching Purnell. He ran in to grab his friend, and caught the worst of the situation; three punches to the face. Now, Castellon’s upper jaw, cheekbone, and bones around his eye socket are broken, and in some places shattered.

“[Castellon] is not a violent, confrontational person at all,” Purnell told the Guardian.

The police are still searching for the assailants, but according to Castellon have some good leads to work on. “I know who one of [the assailants] is,” he tells us.

But regardless, Castellon’s marathon is off now, and the Bay Area queer community and its allies have been left wondering just what the hell is going on in our cities lately. Looks like we’re suffering from the same kind of ignorant goings-on that happen everywhere else. This from Purnell: “You can meet up with knuckleheads anywhere. What’s cool is the support that we have here.”

For information on how to donate to Adal Castellon’s medical expenses, contact Melissa Merit at (415) 816-9176.

The Sisters of Perpetual Indulgence have planned a march tomorrow in the Castro to speak out about the recent spate of homophobic beatings. 3 p.m. at Jane Warner Plaza. More information available here.