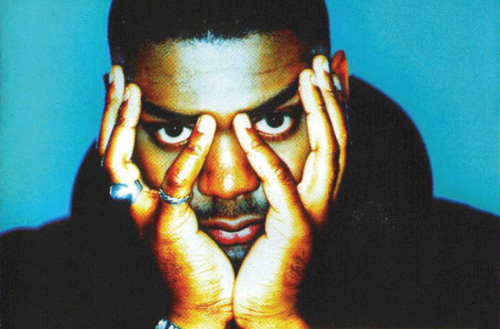 Detroit. Perhaps you’ve heard of it? Maybe someone forwarded you a link to a fascinating ruin porn slideshow of its abandoned skyscrapers and crumbled mansions. Or you’ve clicked on one of the innumerable feature stories about young, homesteading pioneers plowing new fields among the wind-blasted industrial decay. Maybe your grandfather has shook his head at the glory that used to be the Big Three, a multi-billion dollar auto industry now propped up by government funds. Or perhaps you’ve appeared in a sequined gown and endless gloves in one of your black-and-white snooze-button dreams, backed by Mary and Flo, cooing out “Where Did Our Love Go?”

If you’ve been anywhere near a good club in the past year, you’ve definitely heard Detroit — one thing those strangely same-y media narratives always seem to omit is the other huge industry that Detroit has spawned, namely techno. That’s fine, real techno should always fly beneath the mainstream eye, a Cybertronic bird with tingling feathers and a killer beak-beak-beak.

Yet even in the underground Detroit’s techno legacy was threatened with obliteration: the explosion of bedroom producers who came of age during the minimal era of the late 2000s looked to Berlin for inspiration, rather than the Midwest. The wave of original Detroit innovators had become diffuse. You could sense a struggle for a Grand Unified Theory of Detroit Techno Now to present to newcomers who, after all, couldn’t exactly consult a textbook on such things. To them, “Detroit” was more of an archetypal ideal than an actual sound, let alone one created by Black people. And there was only so much jawing on about the good old days us dance floor seniors could do without being put out to the House Nation pasture. (There are Smart Drinks, nappy dreads, hoop earrings, Maurice Malone overalls, and a lot more bass there.)

Berlin has every right to claim the techno megalopolis crown — it’s done more as a civic entity to promote the music than Detroit could afford — and, hearteningly, it takes pains to venerate its Motor City forebear. No coincidence that one of Germany’s freshest acts is Motor City Drum Ensemble or that the brilliant Berlin club Tresor greets entrants with a giant “Detroit” sign. And it’s not as if Detroit went away — minimal was balanced out by the disco-funk re-edit scene, pioneered by Detroit techno heroes Moodymann and Theo Parrish.

Luckily, the smart kids will always be curious, and Detroit has been thrust back into the spotlight by a yearning for history, depth, and basics in the global techno scene. An awesome, corresponding glut is now upon us of touring DJs from the D to satisfy that need.

In the past two months alone San Francisco has seen appearances by Kevin Saunderson, Mike Huckaby, MK, Scottie Deep, Stacy Pullen, Dan Bell, and honorary Detroiter Richie Hawtin. Jeff Mills, Carl Craig, and Moodymann were here last year. And, this weekend, Parrish himself comes, along with fantastic unsung hero of the early years Claude Young, who isn’t afraid to scratch things up a little. Just announced? Two of techno’s Big Three, Derrick May and Kevin Saunderson (who along with Juan Atkins invented and popularized the whole damn thing) performing together in November in their Hi Tek Soul guise.

One of the real joys of this latest Detroit resurgence, and one it would be most painful to lose: the reclamation of techno as a black musical form, a poetic permutation of soul, rejiggered by freaky sci-fi nerds with one ear attuned to space-jazz, another to krautrock and synthpop, and a third to down-and-dirty electro-funk. Or, as May’s famous formulation has it, “a complete mistake … like George Clinton and Kraftwerk caught in an elevator, with only a sequencer to keep them company.”

As commercial techno claims larger and larger arenas and the Motor City slips further into media cliché, it’s the perfect time to gather back at the roots. Oh, and dancing.

at the Sunset Boat Party

w/ Derrick May and Kevin Saunderson