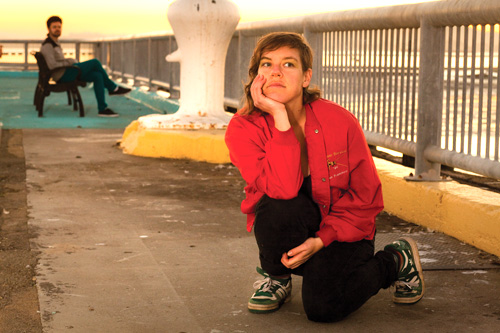 MUSIC Outside Lands has stepped up its game in its fourth year. The mix of bands this time around is truly inspired — if a bit pilfered from old lineups at other fests like Treasure Island. No matter, it’s riding high in 2011.

This was not always the case. Last year, the Golden Gate Park festival seemed lackluster in the music department; the lineup wasn’t as solid as it had been previously, and it lacked that one giant-but-dependably-awesome act like Radiohead (or this year’s Arcade Fire). In the process, it may have lost a festival-goer or two.

It also went down to just two days in 2010 (it was three in 2008 and 2009), which Another Planet Entertainment vice president Allen Scott says was originally the plan. He later added, “[Last] year there weren’t a lot of touring headliners because of the recession. A lot of bands and artists decided to take last year off.”

This year, however, it’s back to long-weekend status. Saturday is already sold out, unless you want to do it up big and invest in a three-day pass or VIP tickets. That leaves, as of press time, the option of going either Friday or Sunday.

The highlights below are meant to help you more easily maneuver your way through the thick bustle of crowds and trees when you get out to those green fields. For the most part, I steered clear of headliners, since those are the artists who likely inspired your decision to attend in the first place. Here’s how to get the most (audio) bang for your buck.

Big Boi: Despite Big Boi’s arrest for drug possession last weekend, Scott says, “We are expecting Big Boi to be performing at Outside Lands this Friday.” Chances are, you were not one of the lucky few who jumped on tickets to see Big Boi at the Independent earlier this year — a venue far smaller than his usual digs. Needless to say, that show was way, way sold out. While the Outside Lands stage is far larger, his presence with silky-smooth vocals and casual flowing skills are big enough to dominate.

Joy Formidable: The acclaimed Welsh trio has been lauded for ushering a return to ’90s-era pop and shoegaze. With driving guitar riffs and strong female vocals, there’s a definite glint of Breeders in there. Dave Grohl, a man well familiar with the grunge decade, chose the band to open for Foo Fighters later this year.

Toro Y Moi: South Carolina native Chaz Bundick, known as Toro Y Moi on stage, is one of those talented genre smashers. His sophomore album Underneath the Pine, which came out earlier this year, has elements of dance, funk, and dream pop; Bundick is said to be influenced by French house, ’80s R&B, and Stones Throw hip-hop. And you can throw a little Off the Wall-era Michael Jackson in there as well.

Kelley Stoltz: He’s got connections with Sonny Smith (of Sonny and the Sunsets) — he appeared on the Sunsets’ album Tomorrow is Alright — but Kelley Stoltz is a talented musician to watch in his own right. The singer-songwriter-guitarist is at the heart of San Francisco’s garage scene, has been compared to Brian Wilson (Beach Boy, not Giant), and will likely perform tracks off his excellent 2010 Sub Pop release To Dreamers.

Black Keys: With just two members, the Black Keys has a notoriously big sound. This will travel well, even if you’re stuck towards the back of the crowd, and that deep soul will likely cause some uncontrollable shoulder shaking.

Old 97s: One of the early pioneers of alt-country, Old 97s was at the forefront of a new classification of music in the early ’90s. Since then, singer Rhett Miller has struck out on his own with well-received solo albums, but catching his sound where it all started is a rarer treat.

Beirut: Beirut doesn’t play very often — the last time it stopped in San Francisco was at the Treasure Island Festival in 2008 — but when it does, it’s imperative that you watch. The result is an inspired jumble of brass horns and ukulele, Balkan folk, and Eastern European-influenced torch songs. Band leader Zachary Condon’s vocals soar live and he emotes convincingly at each stop.

Deadmau5: The tripped-out lights, lasers, and holograms of the show are worth sticking around for regardless of sound. But Deadmau5, nestled in a lit-up diamond cube and wearing an oversize foam mouse head, does bring music as well; it’s haunting yet danceable electronica with moving beats and breakdowns.

tUne-YarDs: Colorful, paint-streaked Merrill Garbus (a.k.a. tUne-YarDs) could likely be dubbed acid queen of 2011 — minus any actual drugs. Her looping drums, ukulele, and bass compositions are a dizzying work of art. And if you’ve seen her weirdo video for “Bizness,” you know she’s got a few unique ideas floating around. All that brain power manifests itself into a superior live show. Plus, she brought “two free-jazzing saxophonists” to the Pitchfork Music Festival, so here’s hoping she’ll do the same in her adopted Bay Area home.

Fresh & Onlys: The band may on the verge of outgrowing this place, but for now, Fresh & Onlys can be described as very San Francisco. As in, its music is one of a few local favorites to be included in the Hemlock Tavern’s meticulously selective jukebox. The garage rockers play moody, ’80s-tinged rock ‘n’ roll — soundtrack music for backseat teenage make-out sessions.

Major Lazer: You know Diplo, that guy who made M.I.A. good? He is also a member of Major Lazer, along with another producer you may know through M.I.A., Switch. Diplo has described Major Lazer’s sound as “digital reggae and dancehall from Mars in the future,” which: yeah. The show includes eye-popping costumes, hype men, and a refreshing bent towards live audio.