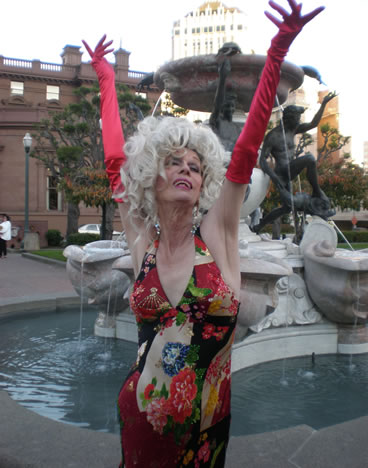 I never regret the morning after — but sometimes the night before can stick to my face like Ragu to Tupperware, child. It’s not always pretty! OK it is, but sometimes it’s slightly less so. So when I heard that the nifty new vintage-groomin’ F.S.C. Barber in the Mission was offering something called the Hangover Treatment facial, I leaped to try it.

It was bliss, a multi-part treatment of lavender and eucalyptus hot towels with a bubbling Malin + Goetz mask that really did make me feel like “a million buckaroos.” (It costs $25.) Who wants more cocktails?

F.S.C., which is all the rage in its Manhattan homebase where there are two branches already, may put out a men’s club vibe, but it’s not really that uptight or theme-y. It has a tasty little clothing shop attached called the Freemans Sporting Club, and manager Jonah Buffa, who opened the SF outpost (his brother Sam is the F.S.C. founder), is as sweet and laid back as they come, a true Missionite raising his kid in the neighborhood.

To all you tech guys who aren’t sure what to do with your look, or aren’t even sure you should have one: please go here. They will help you! It will help all of us!

Also as usual, there’s the merest appearance of Bay Area talent — lovely local chamber-pop outfit Geographer pops in to start things off on Saturday. It seems a shame, and a failure of nerve, since we have so much worthy homegrown dance talent. Could they set up a dance tent with continuously spinning local DJs, as an alternative to the stage acts? That would be dandy.

Monthly based-goth, witch house and deathrock party 120 Minutes goes darker than ever with a live set by Nike7UP, who melts the chirpy underbelly of chart-pop into a suicidal wish-blorp. GuMMyBeAR, Nako, WhITCH, Teams, and more haunt your earholes.

Huckaby was long the secret weapon of Detroit’s techno scene, a DJ’s DJ who was key in introducing a lot of the Big Names to new sounds. He’s finally getting the breakout recognition he deserves — in May, I saw him open the reconfigured garden of Berlin’s huge Berghain club, bringing a welcome dose of deep to that spring affair. (Listen to his awesome new mix for XLR8R here.) Steffi, whose hit “Yours” might as well be from Detroit in 1988, comes to us from Amsterdam via Berlin, and she’s aces.

At last, a free, all-ages, daytime dubstep and reggae festival to wobble away the summer hours. One helluvalotta DJs and performers, including Mochipet, Jah Yzer, Nebakaneza, and Johnny5, bring the blaster to two outdoor stages in the Fillmore. Look out below!

Ready for funkytime? The ESL label brings out soulfully gifted DJ Nickodemus of sunny house party Turntables on the Hudson for a throwdown with the Afrolicious boys (featuring live drums!), and Rob Garza of Thievery Corporation. Plus: two of my fave clubs, Surya Dub and Dub Mission, duke it out on the upstairs dance floor of Public Works, with DJ Sep and Kush Arora taking turns at the tables. Kush tells me he’s breaking out some rare kuduro and deep afro-house, so get ready to drop.

The Dutch master of hard techno was famous in the 1990s for wigging crowds out, true to his name. He still brings the wiggy floor-stomp, but after moving to Berlin and embracing a few minimal and experimental tricks, he’s gone deeper and broader, killing it with painterly tech effects. He’ll be blowing the monthly Kontrol party away with opener M. Gervais.

Last month, the nightlife community lost one of its true legends, Vicki Marlane of the Hot Boxxx Girls revue at Aunt Charlie’s Lounge. At 76, she lived an incredibly rambunctious life and was thought to be the oldest continuously appearing transgender stage performer in the country. She gave every number her all — and considering her propensity for epic numbers like “Total Eclipse of the Heart,” that was a lot of all!

Come celebrate her gorgeousness on Sat/6 at the Castro Theatre, when the awesome and informative 2010 documentary about her, Forever’s Gonna Start Tonight, screens at midnight with bonus performance footage that will bowl you over. It’s a benefit for the AIDS Emergency Fund — appropriate for Vicki’s generous spirit.