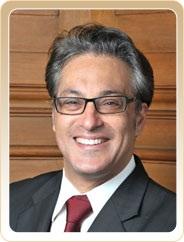 Fist of all, and I hate to be harsh but I’ve been driven to it: Fuck Randy Shaw. I said from the start, from the beginning of the discussion about the Twitter tax break, that this was all about stock options:

The payroll tax exemption is supposed to create jobs. This is another league altogether — and it has nothing to do with job creation.

So let’s have that discussion, shall we? Forget the puny tax on weekly payroll and this rapidly-growing tax-free zone in the Tenderloin. Cut to the chase: should San Francisco exempt Twitter from the IPO stock options tax? That, at least, is worth fighting about.

I’ve been on the record since March: The tax on stock options is something we ought to discuss. It’s something unusual for cities, a kind of tax that goes beyond what anyone else charges.

(Now before you say the payroll tax is unusual too, let me give a little lesson here. Most cities of any size impose business taxes. San Francisco’s payroll tax is a blunt instrument meant to roughly measure the size of a company. Other cities use gross receipts, another imperfect instrument. The argument that the payroll tax costs jobs is just nonsense — if the city had a gross receipts tax instead, we’d hear that it discouraged growth and investment, and thus cost jobs. If we had a commercial rent tax, we’d hear that it hurt commercial tenants, who then would have less money to hire more people, so that would cost jobs too. Yes: If we had no business taxes at all, some companies would have a fatter bottom line and might hire another couple of people. You really want to argue for no business taxes at all? Go ahead. Join Rand Paul. But that’s a nonstarter in San Francisco.)

Techchrunch, which hates the stock options tax, says the city has had a hard time collecting the tax anyway,   but that’s not entirely true. According to the Controller’s Office, 14 San Francisco companies have gone public since 1997 and paid the tax. For the most part, the payments have been relatively modest — between $39,000 and $685,000 a year, with an average of $140,000.

For the record, I don’t think we ought to exempt any big companies from any business taxes — the problem is that we don’t tax the wealthy enough, not that we lack exemptions. Twitter and Zynga all these pre-IPOs are likely to make a whole lot of money — and they won’t pay enough in federal taxes and the city ought to capture everything it can. (And this notion that Twitter would suddenly be on the hook for $40 million or $75 million or whatever in one-time tax payments can easily be resolved — let the company spread out its stock-options payments over a period of time).

But at least Mirkarimi’s bill is limited — it applies only to companies that are about to go public (so when Peter Darbee gets a $37 million golden parachute from PG&E, part of it in stock and options, the city will still be able to tax it). And it sets a cap of $750,000 before the exemption kicks in. And the companies will still be paying their regular payroll taxes — unlike Twitter and everyone else in that huge tax-cut zone, who won’t be paying any taxes at all on new employees.

It lasts for six years, longer than I think we need. So I don’t love it — but I’m much more worried about a competing bill by Sup. Mark Farrell that would stop the city from collecting any taxes on any stock options at all.

That’s just a crazy idea — stock options are part of compensation at a lot of companies, and San Francisco taxes payroll, and if you can hide payroll in options or other sorts of payouts, you’re cheating the system. Farrell’s bill is a wholesale giveaway to a lot of big businesses — about what you’d expect from the guy, but it needs to be shot down.

Now: I think we all agree that the city’s business tax system is a mess and has to be changed. (Well, most of us agree — I don’t know what Randy Shaw thinks since he’s stopped responding to my emails. What a loser — when you attack other people you ought to have the integrity and courage to talk to them.) I think we can come up with a much better system.

I also know that when we do, the same companies will howl the same stuff about any taxes at all (which will show how stupid this payroll-tax-hurts-jobs argument is). We’ll hear how a gross receipts tax hurts growth, how a commercial rent tax hurts small businesses, how a stock options tax destroys entrepreneurship — and if the city is at all serious about its structural budget problem, it’s going to have to be rational, ignore the bullshit and pass fair, comprehensive business tax reform. And Twitter and Zynga and all the rest of the high-tech companies are going to have to pay their share, just like everyone else.