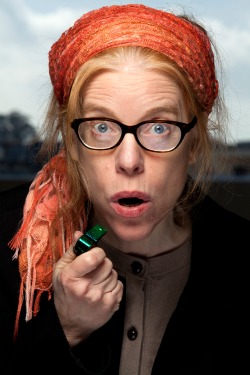 Stories aren’t just for youngsters who read The Very Hungry Caterpillar before bed or tell scary tales around a campfire. The big kids need stories too, and lucky for San Francisco, the city boasts dynamic performers enacting mature and human stories on stage. Feeding complex chronicles to the souls of grown up audience members, Paul Flores, Living Word Project, Campo Santo and Word for Word do their parts to prove stories for big kids rule.

In You’re Gonna Cry, a one-man show about the effects of Mission District gentrification performed in February at Dance Mission Theater, Flores embodied about a dozen neighborhood characters. Ranging from a Latino bohemian, a pink-haired DJ, and an elderly dumpster-diving immigrant, to a salsa-dancing old timer, a drug dealer, and a well-meaning business man, the personalities illuminated his story from diverse perspectives.

With versions of each character walking the streets in real life, You’re Gonna Cry‘s tales resonated. “The project is not meant to be consumed passively, but to move people to respond and take action,” Flores wrote in the program notes, revealing his intention to employ art for social change. The call to action: empathy, respect, and support for one’s neighbors, and acknowledgment of the cultural nuances in the Mission District. For Flores, hip-hop theater and storytelling helped to put a human face on the issue.

Excerpts from the Living Word Project’s Word Becomes Flesh appeared in December of last year at YBCA’s Left Coast Leaning festival, co-curated by Joseph. There, committed performers enacted letters to an unborn son, with electrifying physicality and rapid-fire wordplay. The work presented a counter-narrative to the narrow frame of current commercial hip-hop, breaking stereotypes. Through performance, the group focused on the oral transfer of a story, directly confessing personal thoughts and emotions to make connections. Watch for them with Campo Santo at Intersection for the Arts this November in Tree City Legends, written by Dennis Kim of Denizen Kane and directed by Joseph.

Campo Santo, the resident theater company at Intersection for the Arts led by Sean San Jose, plays a major role in theatrical storytelling, linking writers to the stage. “Campo Santo is Spanish for sacred ground,” the group’s artist statement declares. “Like the roots of our name, we are taking the sacred form of storytelling and using it as a tool to bond community through socially relevant plays.”

In May, Campo Santo performs for the first time in Intersection for the Arts’ new home at the San Francisco Chronicle Building, presenting Nobody Move, based on the book by Denis Johnson. Adapted by San Jose, the performance offers a noir psychic picture of the United States from an outsider’s seat. In September, Campo Santo continues its work with Pulitzer Prize-winning author Junot Diaz when it presents The Pura Principle, created from Diaz’s recent short stories and original writings. Also expect storytelling to be part of this year’s Bay Area Now Triennial at Yerba Buena Center for the Arts, where San Jose is one of several curators for performances during the final months of 2011.

Another group breathing life into short stories is the Word for Word Performing Arts Company, operating at Z Space. Founded by Susan Harloe and JoAnne Winter, Word for Word is known for staging performances of classic and contemporary fiction, enabling the company to tell literary stories with theatricality. Word for Word’s last show was extended due to its popularity and positive critical reception. This week, The Islanders opens at Z Space, telling about the bonds of friendship – as two women reunite for a trip to Ireland — by bestselling author Andrew Sean Greer, directed by Sheila Balter.

While some degree of storytelling already exists in most narrative theater work, the outward expression of a story onstage shifts the performances of Flores, the Living Word Project, Campo Santo, and Word for Word into distinct territory. By combining narrative and literature with powerful theatricality, these San Francisco performers make clear that stories are for people of all ages.