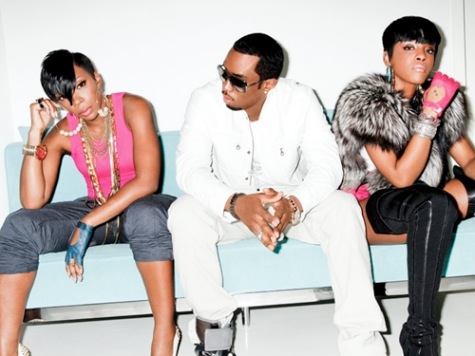 When I made the promise to listen to 106 KMEL for this piece, I fantasized about a weekend afternoon listening to hip-hop from the golden era of the mid-’90s. I expected a few aggravating commercials, maybe an abrasive deejay or two. Nothing I couldn’t handle, right? Wrong. Dead fucking wrong.

On a Saturday morning, I faced the ad-nauseum assault of urban contemporary on its own battleground. At 10 a.m., I tuned into the AutoTune onslaught. A little ditty from Diddy-Dirty Money called “Loving You No More” gave way to the entrepeneur formerly known as Puff Daddy’s “All About The Benjamins,” which in turn was blended into Dru Down’s “Mack of the Year.” The chain continued with 50 Cent’s “Just A Lil Bit,” and then Twista featuring Chris Brown’s “Let’s Make a Movie,” before finally settling into Lloyd Banks featuring Jeremih’s “I Don’t Deserve You,” another “slapper.”

Somewhere between the third or fifth time I heard Nicki Minaj featuring Drake’s sports-drink-commercial- disguised-as-a-pop-song “Moment 4 Life” (but, unfortunately, not before a Waka Flocka Flame/Rick Ross mashup), I turned it off. Less than two hours had passed, but I checked the mirror for a long gray beard anyway. There were two reasons for this: first, listening to the radio seemed to extend time beyond my conceptions of seconds, hours, and years; secondly, well, I felt old. I found myself reminiscing like old-timers are wont to do. “I remember when urban radio was urban radio,” we might say.

I remember when urban radio was urban radio. When I met DJ Wisdom (then known as Winnie B) at a house party in the early ’90s and told him that I was teaching creative writing to “under-served” youth in Hunter’s Point, and then met J-Boogie at another party a few days later, they invited me onto their new KUSF radio show, BeatSauce, to promote my program. I came through a few more times over the years, and it was a pleasure just to watch the fellas sift through the stacks of LPs and EPs, trying to create the best soundtrack for the evening. Sometimes the songs would relate to a topic that came up during the totally-ill call-ins. At other times, the challenge seemed to be to have the one record that answered some obscure, esoteric request. You never knew what to expect, and that was the fun and danger of it. Being one of those Methuselahs who remembers the thrice-dubbed 90-minute cassettes of Mr. Magic‘s Rap Attack, I had an appreciation for how far the music of my generation had come.

San Antonio-based Clear Channel Radio, the owners of both 106 KMEL and its competitor for the urban market, WILD 94.9, programs these stations from afar based on global market appeal and point systems, a process that results in indescribable, nay, perverse musical setbacks. The pre-recorded radio personalities don’t answer phones or jockey discs, and the only solid beats I heard were on the public service announcements telling kids to get tested. Unlike listeners who find fault with the powerless deejays, local programmers, and the indies who pay them, I found myself feeling sorry for the whole lot. They gotta listen to this shit every day knowing they’re playing themselves…right out of a job.