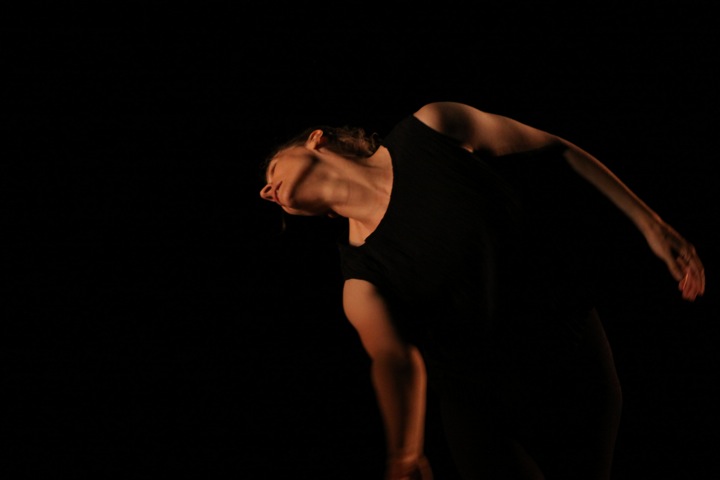 From Amy Chua’s “Tiger Mother” rules to Ayelet Waldman’s “Bad Mother” guilt, the stories about motherhood are not only filling bookshelves and mommy blogs, they’re being danced on stage.

Sat/26, Ellis Wood, choreographer and mother of three, performs the world premiere of Mom, an evening-length solo, at Fort Mason’s Southside Theater. Speaking about the angle of the work, Wood said, “Motherhood is not the prettiest thing in the world. There are so many sides to it and so many things you didn’t know you were getting into, and so many leaps you have to take, and so many crashes you have to deal with, and the piece addresses that. It’s not a stereotypically pretty picture of mom. Hopefully it’s a more thought-provoking look into a layered experience.”

At 46 with children ages 7, 5, and 2, Wood never really stopped dancing. “There were times when I performed when I was eight months pregnant and that was a lot of fun. If I just had the baby that was harder … but usually I performed.” said Wood. Ideas for Mom emerged when Wood was dancing in Japan just weeks before giving birth to her youngest. She considers the intimate nature of the Southside Theater well-matched for this raw and personal solo, a mix of dance and video.

Wood comes from a dance family. Her parents, Marni and David Wood, performed with the Martha Graham Dance Company when she was growing up. “We used to take classes from them when we were kids, little Graham classes here and there. We used to travel with the Graham company when we were really little, when they would go on tour, and there were always people like Merce Cunningham and John Cage and Carolyn Brown, and it was just normal to have all those people around. I didn’t know then but I think of it now as a special thing … being around people like Martha and [Isamu] Noguchi … I got a lot of info pretty young about the dance world and that did affect my whole path.” said Wood.

Visiting the Bay Area holds special significance for Wood. She has returned every year for about a decade, performing in the city and usually teaching at UC Berkeley, where her parents started the dance program. “My parents built the studio. There was no dance department and they helped sand the floors,” she said. “They literally built the studio, so it has so much nostalgia for me. My dad picked the building on campus that he wanted to be the dance studio. They had a different building chosen for him and he saw this church on the corner of Bancroft and Dana with these beautiful stained glass windows and he said ‘I’ll take this, I want the space.’ He and my mom built the whole dance department there.”

With Mom, Wood refocuses herself, returning to solo work, which is how she started 15 years ago with her solo Canary. Through the years her work has always addressed women either politically or energetically, and at the upcoming performance, audience members will have the opportunity to say a few words about motherhood, which will be filmed and shared at the end of the performance.

“I had just finished [Ayelet Waldman’s] book Bad Mother,” said Wood. “It’s very provoking and maybe even controversial, but it is interesting and brings up a lot of issues that are taboo and I like that.  So whether I agree or not, it brings up things that a lot of people don’t want to talk about, and hopefully, not in a way that pushes people away, but in a way that draws people.  My goal is to do that too.”