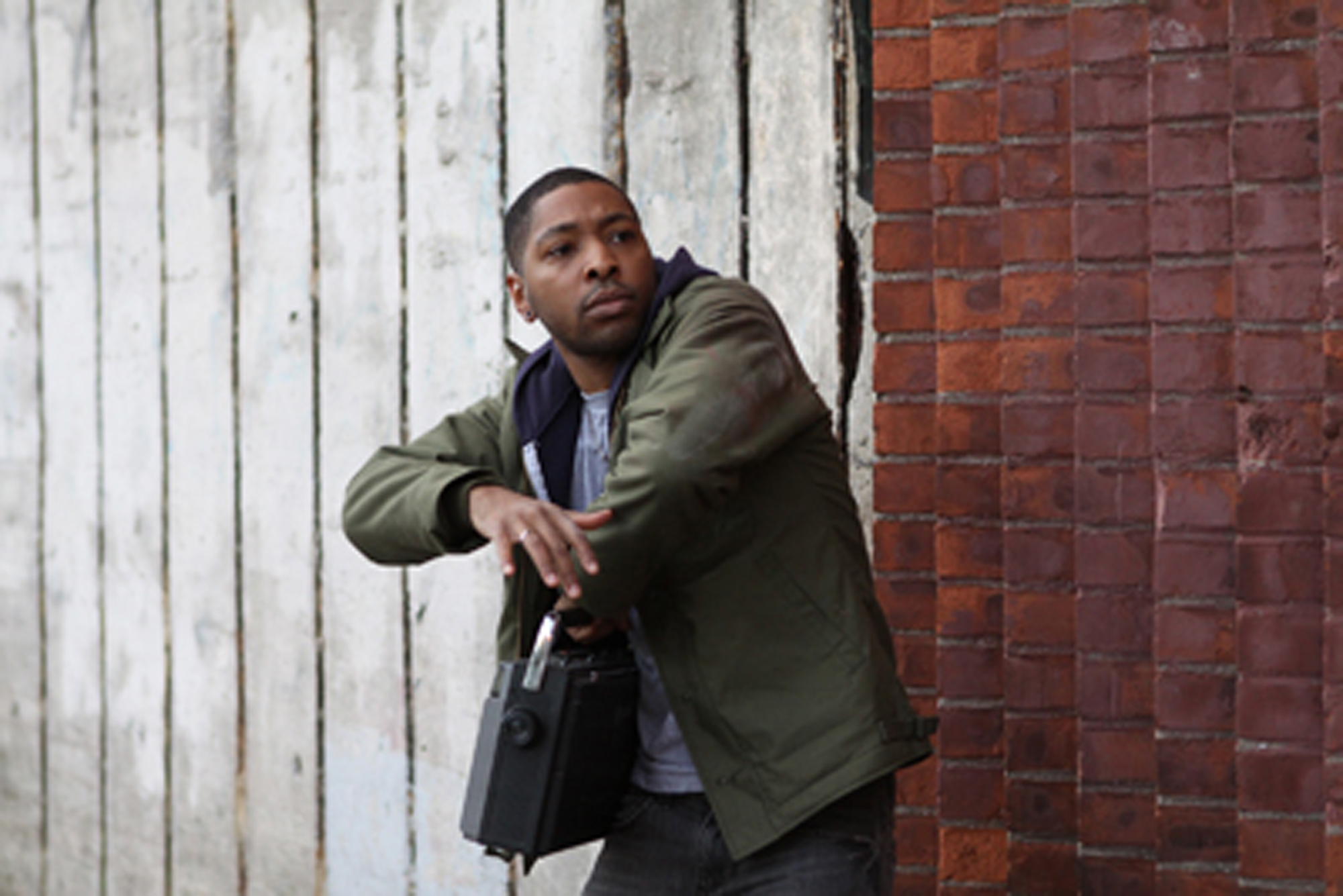 Dance artist and choreographer Kyle Abraham isn’t going on vacation anytime soon and he admits his next day off will be in August. “I try to work really really hard, I never take days off, which I need, but I’d rather get work done,” says Abraham. His work is paying off. Originally from Pittsburgh, PA, and now based in New York City, Abraham visits San Francisco this weekend to perform two solos in the Black Choreographers Festival at the ODC Theater.

“The first one is part of a new group work that I premiere in December 2011 at The Kitchen in New York, and I recently performed it in a program called American Realness in January. The second work is composed of excerpts from solos that I performed in the “Heartbreaks and Homies” show at Joe’s Pub last weekend in New York.” says Abraham. “The first is from a new work called Live!:The Realest MC. It’s in some ways a play on Pinocchio, but instead of a quest to be a real boy, it is a quest for realness in terms of using a gay vernacular and looking at hip-hop culture as a pinnacle of masculinity, and at the adoration of hip-hop personalities. So this character wants to own that in some way. The other solo is just love songs.”

For the recent performance at the intimate Joe’s Pub, Abraham enlisted choreographers Faye Driscoll and David Dorfman (with whom he has performed for the last five years) to share the evening. “I have my idols for sure,” says Abraham. “Kevin Wynn has been a huge idol for me, and Ralph Lemon, so I’m always intrigued and inspired by the work that they do. I still am trying to get a grasp on all that kind of stuff. I also talk to Reggie Wilson a lot.”

Abraham danced with Bill T. Jones immediately after completing undergrad at SUNY Purchase College in 2000. In the years since, he’s earned his MFA from New York University and has built a company, Abraham in Motion. Gaining momentum, he recently receiving a “Bessie” award (New York Dance and Performance Award) for his work The Radio Show, and this summer, he takes part in Jacob’s Pillow Dance Festival for the fourth year in a row, to perform a joint evening with Camille A. Brown.

“What I like to do,” Abraham says, “is present the work in Pittsburgh before it goes anywhere else. I feel like it’s something about being from there. All of the work is always inspired in some way from my life experience, so for me it’s great to have it first be shown there before it goes out somewhere else.” A residency at the Kelly Strayhorn Theater in Pittsburgh helped Abraham develop the first sketches of The Radio Show, which will tour the country next year. He looks forward to returning to his hometown this May for a performance at the August Wilson Center.

Hip-hop enlivens Abraham’s life experience and his work. “I was born in ‘77, and hip-hop was in that pocket, so it has always been ingrained in me. My first concert was Slick Rick,” he says. “It’s always been organic for me, and then over the years, studying various dance forms, all of those things later influence the movement. If I’m making phrase work, there’s always going to be some kind of hip-hop or urban aesthetic that’s going to come out naturally.” It certainly comes out in the solos at the Black Choreographers Festival, along with stunning explosions of limbs and quick switches back to calm and control.

Part of Abraham’s creative practice is to see a lot of work and be inspired by who and what surrounds him, including this trip to San Francisco. “I first came to San Francisco to find a nice transition between not dancing and coming back into dance and trying to figure out what I wanted to do next,” he says. “So coming here [again], even though I’m performing, still has a lot of vacation energy in a way, because I can clear my mind a lot and think about what I’m going to do next.”