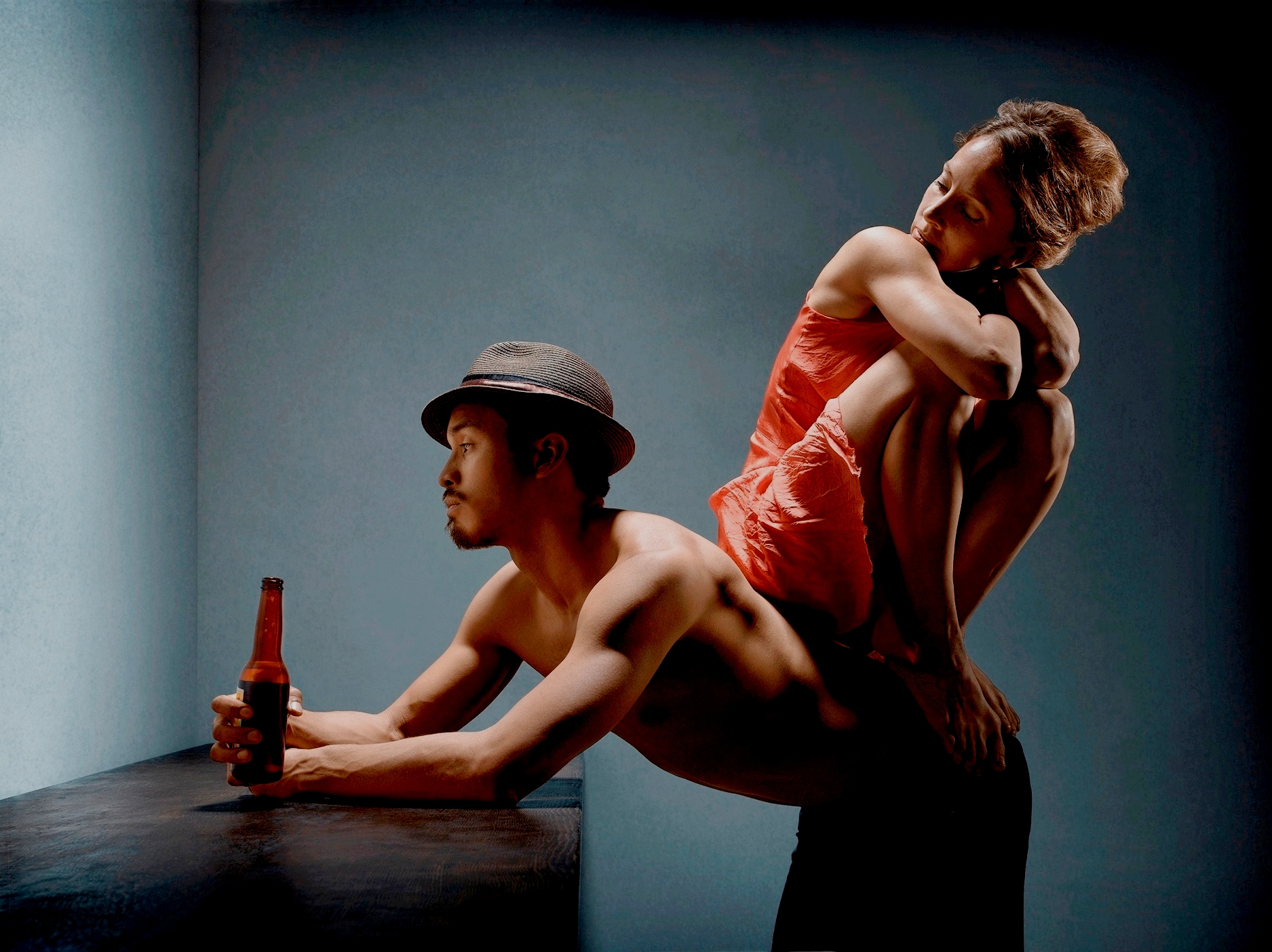 Audiences can thank Raelle Myrick-Hodges, Artistic Director of Brava Theater, for cutting Joe Goode loose in curating “Gush,” Brava’s first dance theater specific series. Rather than defining dance theater, Goode, during his three-weekend series, showed us its possibilities. He served as a tastemaker and also opened minds in choosing a theme to frame and present Ledoh and Salt Farm Productions (a performance collective with roots in Butoh), Axis Dance Company (a contemporary mixed-ability dance company), as well as his own company, Joe Goode Performance Group.

While an artist-driven curatorial practice is not necessarily new, Goode addressed the topic in the program, writing “One of the stellar differences between the dance scene here and in other countries (notably South America and Europe) is that, here in the U.S., artists are rarely given the opportunity to champion other artists and to offer the kind of insight and context that we are so perfectly equipped to provide.” Goode utilized his opportunity at Brava to direct attention to two other groups which inspire him. The thematic aspect of the title “Gush” drew attention to their lavish, bold, theatrical impulses.

The East Coast recently experienced a surge in artist-driven curation, with the 2010 inauguration of Danspace’s Platform series, envisioned by Judy Hussie-Taylor, Executive Director of the major downtown dance venue in New York City. For each Platform, a selected artist organizes a series of performances based on a theme, as well as discussions, open rehearsals, screenings, and a catalog. If the components sound like those of a visual arts exhibition, it’s for a reason -– Hussie-Taylor’s career includes years at museums and she is now a faculty member at the Institute for Curatorial Practice in Performance at Wesleyan University, the first program of its kind addressing performing arts curation. Among other topics, the program’s curriculum considers how the curatorial practices of the visual arts can be applied to the performing arts, enhancing context and experience of the work.

On Thursday, Jan. 27, during the last of the “Gush” programs, Goode arrived downstage at the microphone as a charming storyteller, party host, and tour guide. Describing his dance theater as a form of folk art which combines movement, spoken word, song, and visual imagery, he resurfaced onstage throughout the performance to contextualize a mashup of old and new works, including 29 Effeminate Gestures, Wonderboy, small experiments in song and dance, What the Body Knows, and a new collaboration with puppeteer Basil Twist set to premiere at YBCA’s Novellus Theater this June, The Rambler.

Sitting in the center of the stage, Goode elaborated on his process of generating, colliding, and editing material to developing work through “felt experience.” His dancers embodied the phases he described, resulting in a carefully crafted sort of lecture-demonstration. The opportunity to meet Goode in the role of curator and share the lens through which he sees the world was a delight. It revealed gems of dance theater work, and another layer of his artistry.