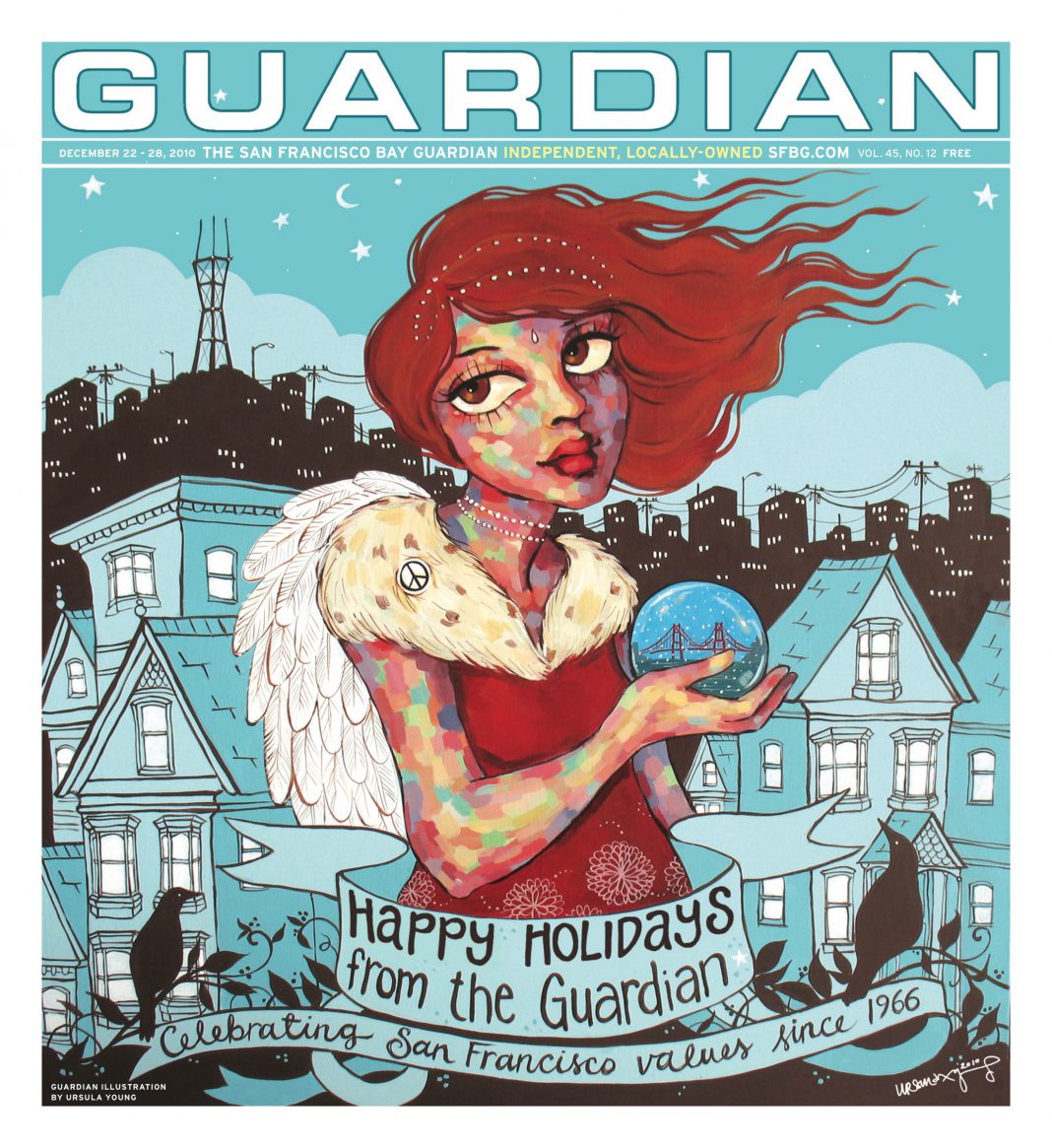 THEATER Only the barbarity of these dark dumb days could make someone nostalgic for the Reagan era. A simpler time? Not for most — hairstylists maybe least of all. But in The Man of Rock, New Jersey in 1986 appears mercifully devoid of economic mayhem, quasi-fascist politics, or the doom-shrouded future they portend, which is probably why this lively new music-blasted comedy can rock so well. Heavy metal, yes; heavy going, no.

At the same time, Bay Area playwright Daniel Heath (of Forking fame) shrewdly draws here on George Etherege’s 1676 Restoration comedy, The Man of Mode, or, Sir Fopling Flutter, for a sweet and saucy adaptation that ensures there are brains, too, under all the big hair. One could almost call The Man of Rock (featuring spot-on original music by Ken Flagg) the thinking person’s Rock of Ages.

In Heath and director Jessica Heidt’s sure, evocative transplantation, Etherege’s witty aristocratic rake, Dorimant, becomes a one-hit rocker and multihit lady-killer operating a live-music bar on the trashy tourist boardwalks of the Jersey Shore. Perennially short of rent, Dorimant (played by a smooth Adam Yazbeck) gets a tip from his weary landlady (Arwen Anderson, in the first of several deft turns) about the arrival of a rich, eligible young Connecticut princess, Antoinette (Anderson again), also known as Toni, summering at the shore under the watchful eye of her cheerfully high-strung, busybody mother (a sharp and funny Danielle Levin, in one of several distinct roles).

Never mind that Dorimant already has a girlfriend, singer Suzie Love (a winningly earthy Michelle Maxson), or that he’s working on throwing her over for her best friend, the smart but smitten Missy (a somber, soulful Levin): Dorimant loves only Dorimant.

Until he meets Toni, of course. Then sparks fly in all directions. The brainy, initially icy Toni, for her part, is slower to savor the comical suave of her rock-star suitor. Yazbeck delivers cocksure rogue Dorimant with laid-back cool and a convincing glam-rock literary pretentiousness that is the play’s single overt nod to the lilting language of the original text, while nimbly aligning it with an utterly distinct era. “Your ship of conjecture has left the feeble harbor of your facts,” he tells a suspicious Suzie at one point. It’s a ridiculous phrase, yet Dorimant can get away with it, even amid the more off-the-rack working-class accents and preppy inflections of those around him. At the same time, a good part of the fun between Dorimant and Toni is the latter’s ruthless ability to mock this verbal frippery.

A couple more significant subplots unfurl as well, the first having to do with the fact that Toni is not as well off as she appears, and her mother is therefore desperate to see her married to eligible childhood chum Harry Bellair (a smart, effortlessly charming Patrick Alparone), son of a wealthy businessman (a hilariously loud, cigar-chomping Gardner), but also secretly gay. Then there’s the arrival of a new band on the scene, Hämmer (conjured by the same backing musicians in different wigs), complete with umlauts and a lead singer named J.J. Rock — a balls-out, over-the-top fop played with sock-puppet falsetto but real panache by Alparone. The cast as a whole convincingly sells the rock numbers scattered throughout the play with a combination of respectable, even exceptional musical ability and pitch-perfect histrionics.

Naturally, everything resolves on the tonic, which is to say on a happy note. And if that’s not reality, it’s not noise pollution either. *

THE MAN OF ROCK