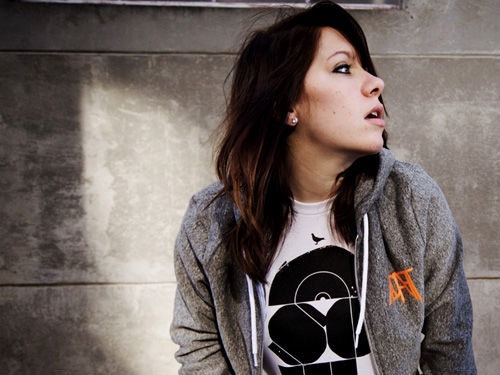 – These New Puritans, “We Want War” video. Slow motion videos can either be awesome or insanely awesome. “We Want War” is the latter.
– Girl Talk, All Day. We played this a bunch on tour and it made me feel like I didn’t have a job but also would never need one. Which is probably one of the top ten life scenarios of 2010.
– Liz Phair at The Independent, October 10, 2010. Liz Phair > egg sandwiches. No, really.
– Kid CuDi, “Don’t Play This Song.” I first heard this track while driving through crazy fog on Interstate 8 in the Arizona foothills at 2 a.m., which was probably the best possible context I could have imagined. CuDi perfectly captures a sense of calculated self-destruction.

– Big Boi, Sir Lucious Left Foot: The Son of Chico Dusty. As soon as I heard the title of the new Big Boi album I knew I would like it. “Tangerine” and “Ain’t No DJ” are my favorite cuts.
– Sleigh Bells, “Riot Rhythm.” This track is filthy. And I mean that in the best way. Make sure you are at least ten feet away from my face when the drums drop.
– Kanye West, My Beautiful Dark Twisted Fantasy. A phenomenal album from one of the most innovative musicians of our generation. Production-wise, this is my favorite Kanye record to date.
– Usher feat. Nicki Minaj, “Little Freak.” This song is my guilty pleasure. The fact that a classic Stevie Wonder synth line can peacefully coexist with Usher’s persistent ménage à trois requests never ceases to blow my mind.
– Arcade Fire, “We Used To Wait.” A friend of mine told me I would cry when I watched this video and I didn’t believe her until I was sitting in front of my laptop choking back nostalgia sobs.
– Big KRIT feat. Yelawolf, “Hometown Hero.” “Hometown Hero” features two of the most talented lyricists to blow up this year. I’m just waiting for someone to make a movie based on this song.

The video for “Coastin'” by Zion I feat.K. Flay: