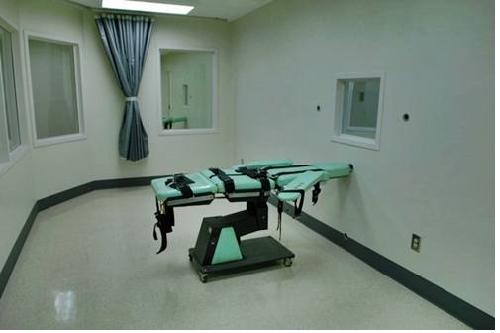 The ACLU is going back to court to demand that the California Department of Corrections and Rehabilitation quit stalling and hand over the remaining documents showing how the state has scrambled to procure a drug for executions.

The group has been trying since October to get records that would show a full picture of how prison officials wound up obtaining a drug that is not currently made in the United States.

On November 30, a Superior Court judge ordered CDCR to hand over any documents that were used in the procurement of the death drug sodium thiopental.

But of the 989 pages that CDCR sent to the ACLU, about 670 of those pages were redacted. Some pages were redacted  to an even indecipherable extent. The ACLU attorneys were back in court this week  trying to pry the remaining information from the CDCR’s stubborn and iron grip.

The legal documents posted on the ACLU site include declarations from ACLU Death Penalty Project Director Natasha Minsker and Bay Guardian Exective Editor Tim Remond, both arguing that the public ought to know the full story behind the execution drug.

According to the ACLU’s legal filings, much of the redacted information doesn’t even fall under the types of information they are allowed to withhold in the first place.

According to the the legal briefs, “the CDCR acknowledges that it has withheld five categories of information.” However, the statement claims that the CDCR withheld information that was outside the boundaries of these categories, from the identity of the physician who ordered the drug purchased from the CDCR to the drug’s packaging information.

CDCR has a record of delaying the release of information. We send our public records request (similar to the ACLU’s) on Oct. 20th, and have received nothing at all in response. Now if we want the information from November and December, we would have to submit yet another request. At this rate, we will be well into 2012 before we truly get all of the information we want.

According to Minsker, “the judge is now giving the CDCR more time to brief the issues and has asked us and CDCR to confer, to see if we can agree on any of the records.”

She also stated in an e-mail  that the next briefs are due January 6th and the next hearing is on January 10.