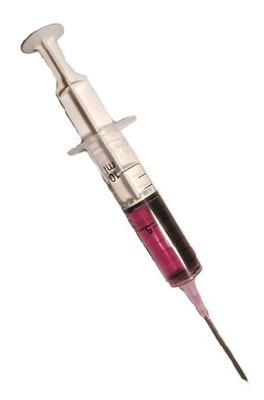 After weeks of grilling the California Department of Corrections and Rehabilitation (CDCR) on the source of their newly acquired sodium thiopental, we are finally getting some answers.

Deputy Press Secretary of the CDCR Terry Thornton verified to the Associated Press yesterday that the state has acquired 521 grams of the lethal injection component from a British manufacturer, Archimedes Phrama.

Thornton said that the state paid $36,415 for the drug, “its chemicals, all legal and processing fees, and shipping and handling.”

So CDCR has finally given the public some information to work with — although many of the details are still sketchy. We filed a formal public records request in October asking for information on the procurement, and the agency still hasn’t turned over the documents.

But at least we know that California has obtained its death drug from overseas. And apparently, British officials aren’t thrilled about it. No European nation has the death penalty, and officials across the pond are dubious about helping other nations kill their own citizens.

Earlier this week, Britain’s secretary of state for business, Vince Cable, issued an order adding sodium thiopental to the list of items that must be licensed for export — effectively banning its sale to institutions that will use it for executions. Although Cable issued the order after Arizona inmate Jeffrey Landrigan’s execution on October 26, the British media commended him for putting an end to the export of the death drug.

According to the UK Guardian, Cable realized that the sodium thiopental “was not being sent there to help save lives, only to take them.”

The London paper also noted that since California uses just 3 grams of the drug to execute each individual— and keeps an additional 3 grams as backup — the state has acquired enough of the stuff to kill 86 people.

California’s executions have been on hold until the state could acquire more of the drug — and the legality of using thiopental in the first place is still a matter of debate. And given the fact that this new batch will expire in 2014, why does the state need so much of the drug for just three years? Does CDCR really expect to kill almost 30 people a year, one every 10 days or so — between now and 2014?

Actually, that’s not even remotely possible — executions involve long legal proceedings, and there are no more than a handful of cases that could possible reach that state in the next 36 months. So will California be reselling this stuff to other states? Will we become the default death-drug dealer for America? Who in Sacramento approved that policy? We couldn’t get an answer from Thornton on that.

Thornton told AP that the state’s fresh shipment is currently on the East Coast waiting to be approved by the FDA, and is already authorized by the DEA to be sent to the prisons.Facing lawsuits from the ACLU, the CDCR must soon release its documents, which include most of the details of the drug’s acquisition.

“We’ve been as transparent as we can be,” Thornton said.