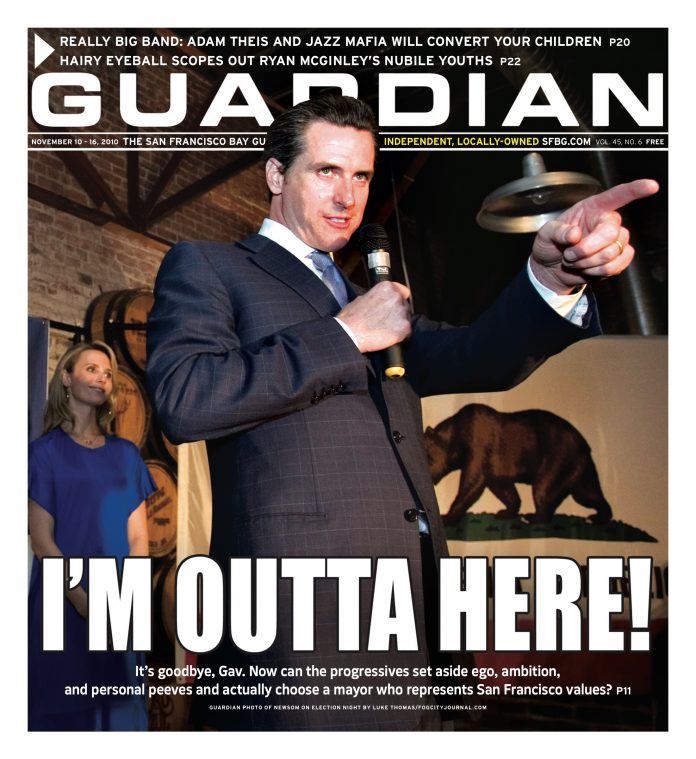 COMEDY Marc Maron is old school. He’s the kind of comic who will talk your ear off about the pitfalls of modern technology and the lost art of conversation while actually making a point. He doesn’t do characters or hide behind awkward self-consciousness. He criticizes YouTube and the oversaturation of stand-up comedy, hankering for a return to the “emotional thought” of comics he grew up admiring. And in what seems to be a symbolic “fuck you” to the modern world, the guy is still rocking his America Online e-mail account. “No numbers or any of that shit — nice and clean,” he says. “I’m trying to make it sound really cool and retro.”

Maron specializes in a type of stand-up comedy that seems to reject any kind of self-censoring, perhaps best comparable to the like-minded Louis C.K. He is brutally honest when discussing his own thoughts and opinions, and vehemently flustered while ranting about personal relationships, the state of the country’s mental health, or why the hell he felt the need to buy a Blackberry (he compares his text messaging ability to pounding out letters on a stone tablet). His success has led to the creation of “WTF with Marc Maron” (www.wtfpod.com), a podcast full of comedy bits, interviews with comics like David Cross, Sarah Silverman, Bob Saget, and Maria Bamford, and most recently, even a bit of Maron’s newfound love for performing music live.

SFBG I was at a comedy show last week and on the way out I heard this woman ranting to her friend about how offended she was by some of the comic’s material. I was kind of baffled that someone could take it so seriously. Do you deal with this very often at your shows?

MARC MARON Part of the tradition of stand-up comedy, and of the comics who I’ve enjoyed personally throughout my life, is challenging people and making them a bit uncomfortable. You want to make people think rather than just sit there passively. If you’re doing your job well, you should have two or three of those people a show.

SFBG You talk a lot about technology’s impact on communication and your struggles to constantly try to adapt to it. If you could go back in time and freeze technological advancement at a certain point, when would that be?

MM (Laughing) Shortly after the invention of the automobile.

SFBG Do you mean that personally or in the grand scheme of things?

MM I guess in the grand scheme of things.

SFBG It’s interesting listening to your comedy about technology, because you walk a line between hating having to constantly keep up and knowing you have to in order to survive and benefit from it. Like the podcast, for example — has that turned a lot of people onto your comedy who hadn’t heard you previously?

MM It’s a whole other world, man. I can be doing a show and get an e-mail from a guy in Chile who’s listening to the podcast while climbing a mountain, and that’s really cool. But too often, I think technology encourages cowardice. You can hide behind a computer, you can hide behind a screen name. Or if you have to talk to someone, you just think, “I’ll just text this guy.” It can be draining to deal with certain things, and that can make it easier. But at some point you need to just man up.

SFBG The podcast is a nice compliment to your stand-up in that you don’t always have to play things strictly for laughs and can often just pick the brains of your guests in a really open, honest way.

MM Yeah. The podcast is unique in that it’s often just two people sitting down, having a conversation. And it seems like sitting down with another person for an hour-and-a-half of interpersonal conversation is too rare or hard for some people these days.

SFBG You’ve talked before about your love for music and playing guitar, and you’ve recently started to perform live a bit. What do you find different about performing music on stage compared to comedy?

MM In terms of baring your soul, I think music is the ultimate form for that. It’s amazing how much you can lose yourself playing music. As for stand-up, I would say it’s definitely a more vulnerable and high-risk art form in that people might not laugh and it’s just you up there. You don’t have your bandmates to fall back on.

SFBG Do you find that it becomes more difficult to stay angry the older you get?

MM Sure. I’ve recently started to come to a place where I’ve learned to accept a lot of things for how they are. I haven’t been doing very much topical or political comedy over the past few years, which is something I used to do a lot of. To do that type of comedy, you really need to be up to date. I used to read everything and get pissed off, and at some point I think I got a little disillusioned with it all. So I don’t do that very often these days. But don’t worry, ’cause I’m just waiting for the shit to hit the fan. And it definitely will.

With Ryan Singer and Janine Brito