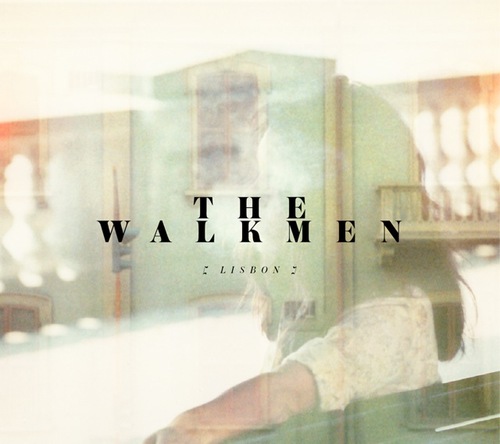 You & Me, the Walkmen’s excellent 2008 album, showcased how strong the band could be while working within a mellower, more plaintive framework. Not that they’d ever been entirely void of it before, but that album’s wistful horns and lyrics dripped with melancholy that hardly let up. Early publicity about its follow-up, Lisbon, hinted at the group’s desire to revisit some of the more raucous material they toyed with on earlier albums and then fully succumbed to on 2006’s track-by-track cover of the Harry Nilsson/John Lennon album, Pussycats.

Inspired by the Memphis Sun Studio sound of the ’50s, Lisbon was written off-and-on during various trips to the Portuguese title city and then recorded in Philadelphia and New York City. The final product is an album of 11 songs (whittled down from a whopping 28 they recorded) that confirm the Walkmen’s status as one of the most consistent rock bands working today. To think these guys were initially lumped in with the wave of awful one-off bands ripping the Strokes in the early part of last decade is laughable now.

But is Lisbon the overhaul in style that advance word suggested? Well, yes and no. Standout “Angela Surf City” alone rocks harder than pretty much the entirety of You & Me. It also gives drummer Matt Barrick—the band’s secret weapon, in my opinion—a chance to attack his kit with a ferocity not heard since “The Rat” from 2004’s Bows + Arrows. Elsewhere, “Woe Is Me” is the Walkmen at their breezy up-tempo best, while “Follow the Leader” makes a lot of racket but unfortunately doesn’t really serve much of a purpose.

Ultimately, however, the sweeping, dreamy tracks again carry the majority of Lisbon. The appropriately titled “Torch Song” is a beautiful vessel for Hamilton Leithauser’s voice—a bourbon-soaked lovechild of Spoon’s Britt Daniel and early Rod Stewart. With its lullaby-like verses and old-fashioned backup harmonies, it’s also the most glaring example of the inspiration pulled out of those early Sun albums from the likes of Elvis Presley and Roy Orbison.

Lisbon probably won’t be remembered as many fans’ favorite Walkmen album—it’s not as flashy as earlier recordings and it’s not quite as unified as You & Me. But when a band has created a catalog as front-to-back strong as theirs has become, picking favorites starts to feel a little ridiculous anyway.