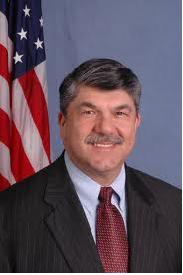 Labor and Democratic Party leaders are concerned – and rightly so – that labor’s rank-and-file may not turn out in November to support labor-friendly Democrats in the massive numbers that played a major role in the election of President Obama and Democratic congressional majorities in 2008.

AFL-CIO officials are hoping to turn the anger and frustration that so many working people feel into votes, financial support and campaigning in behalf of pro-labor Democrats.  But the officials worry about an “enthusiasm gap” among unionists and their supporters stemming from the relatively slow pace of the progressive economic and political changes that they had very much expected from Obama and the congressional Democrats.

Many unionists are frustrated as usual by the lack of a viable progressive alternative to the Democratic Party. But they’d best beware, as AFL-CIO President Richard Trumka says, of the serious consequences of   being less than enthusiastic supporters of Democratic candidates in November’s elections.

“The Republican Party of NO doesn’t want our vote,” says Trumka. “All they want is for us to stay home. They want us to feel hopeless and disgusted so they can come back by default.”

Trumka acknowledges that many union members, and many of their supporters and other progressives, are frustrated with the slow pace of economic change, the continuing high unemployment rate, continuing wars and other serious, unsettled problems.

But Trumka points out that in just a year and a half, Obama has had to dig out of a huge economic hole and “face extremist opposition on every point.” Yet, Trumka notes, “We’ve halted taxpayer bailouts … no longer are losing 700,000 jobs a month but are gaining a few… And by the end of this year we will have created or saved 3 1/2 million jobs and have fulfilled the dream of every president since Harry Truman and started to move down the road to health care for all. “

The Labor Department and National Labor Relations Board, virtually tools of the anti-labor right wing under President Bush, are under Obama returning to their job of enforcing the laws that guarantee workers the right to unionize without employer interference.

And federal agencies are once again strictly enforcing the minimum wage and hour laws and other vital pro-worker laws that had been seriously neglected under Bush’s distinctly anti-labor administration. What’s more, the Occupational Safety and Health Administration is actually attempting to clamp down on the widespread violation of the job safety laws that has led to the needless deaths and serious injury of millions of American workers.

“We know you are angry,” Trumka told a recent gathering of labor leaders, “but we have made progress. No one said this was going to be easy. Ask African Americans how long they have fought and continue to fight. If they had given up after a year and a half they would still be in chains.”

November’s election, says Richard Trumka, is  “the most crucial election in 75 years.” It will in any case be of unusually high importance to America’s working people and their unions and of exceptional importance to the rest of us as well.

Dick Meister, former labor editor of the SF Chronicle and KQED-TV Newsroom, has covered labor and politics for a half-century. Contact him through his website, www. dickmeister.com, which includes more than 250 of his recent columns.