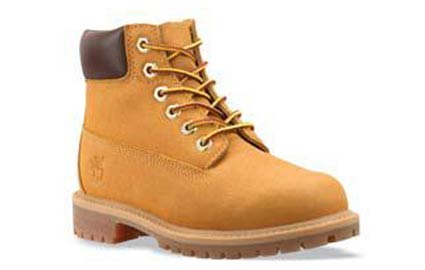 San Francisco’s Recreation and Park Commission voted July 15 to let an expensive private preschool displace a free, 38-year-old City College parenting class that included guided activities for children. College officials and neighborhood groups understand the desire to make money from rent at the Laurel Hills Playground clubhouse, but they’re upset about how little notice and community input was involved in the decision.

“On the face of it, they wanted to lease this property and they didn’t really care what the public thought,” City College Trustee John Rizzo told the Guardian. “They cared so little about the public that it was too late once they were notified.”

The commission approved a two-year lease for Language in Action, a preschool offering nine-month terms immersing two to five year olds in Spanish and Mandarin. Tuition ranges from $1,000 — for two hours per day, two days per week — to $14,000 for full day, five day per week instruction, according to the company’s website.

“People want to call it privatization. I think that’s an offensive word. I would rather call it revenue generating for site appropriate uses and recreation,” Recreation and Park Commission President Mark Buell said at the July 15 meeting. “It’s a reality.”

City College Child Development and Family Studies Department Chair Kathleen White told the Guardian that she feels torn by the position of having to compete with other child care services. “I never want to stand in the way of child care, this is my department,” she said. “We all want the same thing. We want parenting classes and we want child care. There should be plenty of places in the Park and Rec [Department] to do both.”

Freelance San Francisco writer Ellen Lee, who used to attend City College’s child observation class with her toddler, told the Guardian there were attributes of the program that she would miss, although she hopes to enroll her child in the Language in Action preschool.

“It’s the little things,” she said. “I learned new songs that I could sing to her at home. They gave out handouts every week on different child development issues — how to deal with temper tantrums and that kind of thing. The teacher was always available to talk with us.” Lee wrote an article on the termination of the class at Laurel Hill here.

The Recreation and Park commission elected to evict the City College class in favor of a tenant that could pay $1,500 per month for use of the clubhouse. Laurel Heights neighborhood groups expressed some interest in fundraising to save the class and help City College pay the rent, but the process happened too quickly to mobilize during a term when the school has cancelled summer classes and almost no faculty are on campus, White said. The community college is prohibited by state law from charging tuition for non-credit courses like the parenting class and is facing a $12 million deficit.

“We’re in as dire straights as Park and Rec is,” White told the Guardian.

City College Trustee Chris Jackson, who is running for the District 10 seat on the Board of Supervisors, told us the college combated its dire budget deficit by cutting salaries at the top, a tactic he recommended for both the Recreation and Park Department and San Francisco as a whole. He suggested bringing middle and upper management positions to the level they were 10 years ago, saving jobs for entry-level workers and free public programs like the City College class.

“When you start charging and raising fees for some of these public programs, especially in working class neighborhoods like District 10, people start dropping out of them, and you create a recipe for disaster,” he said.

Rizzo spoke to what he called a disturbing trend of privatization and fees the Recreation and Parks Department has adopted while attempting to close its own budget deficit.  The Board of Supervisors voted in May to allow the department to charge a $7 admission to non-resident visitors at the Golden Gate Park Botanical Gardens. Threesixty theater’s production of Peter Pan in Ferry Park has turned the once free park into a fenced-in, fee-charging venue.

“The public is kicked out and private interest comes in,” Rizzo said.