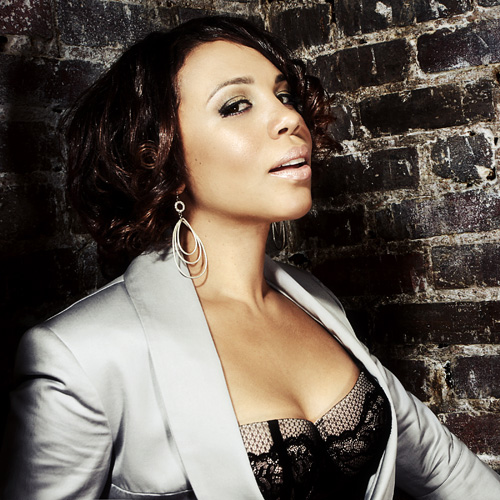 Jazzy, sultry, soulful, and smooth, Shayna Steele — performing at Coda on Sat/17 — has a voice and style that is causing quite the buzz. With a background in Broadway (she starred in Rent and Hairspray) and influence from the jazz greats, she had a major break with her vocal feature on Moby’s number one dance hit “Disco Lies.” On her latest record I’ll Be Anything (Highyella Lowbrown), she truly shows that she can sing anything.

Opening the record, “Alright” is driven by funky guitar riffs, “Wishing” is more R&B and even tinged with latin rhythms and percussion, and closes with an elegant jazz ballad “We’ve Already Been Here Before.” Shayna should be considered one of the most promising and versatile up and coming R&B singers, right up there with Rachelle Ferrell and Ledisi. I got a chance to interview her over email aboiut Broadway, Billboard, and the Jazz Mafia.

SFBG: How would you describe the Shayna Steele sound?

Shayna Steele: New York subway grit, covered in a buttery and rich jazz gravy with a pinch of Mississippi soul.

SFBG:Tell me about your new album, I’ll Be Anything. What was the writing process?

Steele: I’ll Be Anything covers many styles, musically and vocally, as far as how I interpret the music. My voice changes with how the song makes me feel. My writing process changes with each song…but mostly I write on the subway, in bars and restaurants when I’m alone and when I’m listening to music, mostly jazz. Jazz inspires me most… Miles, Coltrane, Herbie Hancock. The truth.

SFBG: You started on Broadway performing in Rent, Hairspray, and Jesus Christ Superstar. Do you miss the theatre?

Steele: My connections and my professional stage experience started on Broadway with Rent. It certainly opened a ton of doors for me in music, because Rent, at the time and still today has such a profound impact on theatre. It was a historical moment and I was so grateful to be a part of it. The people in the Broadway community will always be family, but for the record, I don’t miss it when I’m doing my own music. It was certainly more constant and stable, but my heart and gut never ached with such passion for theatre as it does for jazz and soul music. My music runs through my veins now. It is part of me and you can see that when I perform live. The Broadway community, I’m certainly very much involved with charity work and live performances through my Broadway connections, such as Broadway Impact (I’m running the NYC marathon on their behalf) and the Broadway Inspirational Voices.

SFBG: When did you know that you wanted to move on from Broadway to your solo career?

Steele: When I did my first gig in 2003 with my band. It changed everything for me. I had a lot of support when I decided to leave and some people were confused as to why I was walking away. I walked away, because I have mucho respect for theatre, therefore I believe in not taking a place that does not belong to me. The “Broadway actress,” position needed to be opened up for someone who craves it, like I crave music.

SFBG: You sang on Moby’s hit song “Disco Lies” in 2008 that went #1 in the U.S. Billboard Dance charts.  Would you ever consider recording another dance song like that?

Steele: If the opportunity came up, absolutely. It’s not something I sought out.  It kinda found me.

SFBG: What can people expect to see at your show at Coda this Saturday?

Steele: Passion! A killin’ band (The Jazz Mafia All-Stars) and strong vocals. I try and surround myself with amazing musicians who love their instrument and dig my music. I’m here to tell a story. It’s an experience. I mean, that’s what people say about me.