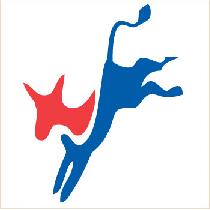 Forget all the talk of anti-incumbent (and by implication, anti-Democrat and anti-Obama) sentiment in the electorate. The primaries May 18, which I talk about here, actually sent a much more interesting message.

Yes, there was the election of Rand Paul, who is about as looney as they come , but Republicans have nominated looneys before. What’s interesting is that in most contested Democratic races, the more progressive candidate won. Randy Shaw points out that CNN had it all wrong, and refuses to acknowledge what actually happened. The Chron actually notes (in one of the few intelligent MSM post-election pieces) that labor, particularly the AFL-CIO, won big in Pennsylvania and Arkansas. In the only open house seat, the Democrats won.

So the progressives and the grassroots organizers can get people to the polls — if there’s a candidate to vote for. What Nancy Pelosi needs right now is a good national issue to run on. Electoral reform, for example.