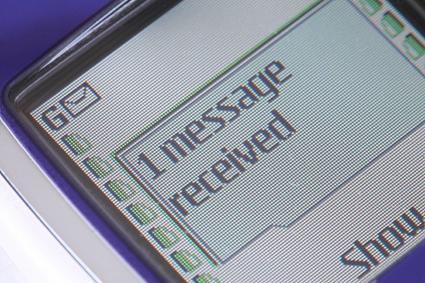 We at the Guardian are big advocates for more transparency in government, as this week’s annual Freedom of Information issue attests, but I had to chuckle at Mayor Gavin Newsom’s cynical ploy to ban text messaging at public meetings – and particularly at his complaint to the Chronicle, “There’s no transparency.”

As we reported this week, and as we’ve experienced throughout his tenure as mayor, transparency has never been this mayor’s strong suit. He routinely defies the Sunshine Ordinance by refusing to disclose his full daily schedule and selectively withholding public documents, then he snubs the Sunshine Ordinance Task Force when they find violations by his office.

This is the mayor who even personally blocked me on Twitter, despite boasting that he conducts constituent relations and makes public pronouncements on it. But hey, if Newsom now wants the text messages of public officials to be made public, we’re in full support.

I can’t wait to read all of his iPhone communications with all the downtown power brokers who have been urging him not to run for lieutenant government and to keep pushing his ridiculous plan to cut business taxes at a time when he’s laying off thousands of city workers. That should make for some interesting reading.