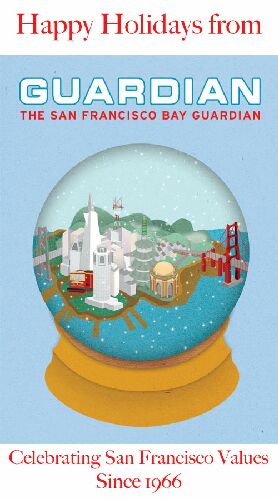 And so as this miserable year ends, let us hope that the next one will be much better for us all.

Well, it’s late in the afternoon of the last day of the year and Jean and I are off to Pompei’s Grotto. This is the marvelous little family-owned restaurant in ther heart of Fisherman’s Wharf that we have been going to on New Year’s Eve for more than 20 years.

All is not right with the world, but somehow things always seem better in this oasis in the midst of the Wharf. . Candles and poinsettias on red-checkered table cloths.
A line of lights on the wall and tasteful holiday decorations throughout. Fresh oysters and crab. Splendid martinis. And friendly service from a family that knows how to prepare and serve fish and has done so expertly and graciously for decades. That has been the hallmark of the Pompei family since Frank Pompei and his wife Marian opened the original Pompei’s in l946.

Frank’s father, Mario Pompei, immigrated to America in 1913 from San Benedetto del Tronto in Marche, Italy. He fished for the next 30 years out of the Port of San Francisco and then worked outside his son’s restaurant cracking crabs and running the crab stand.

Frank liked the word “grotto,” which in Italian meant a small cave. This is what the restaurant looked like in the beginning, litrtle more than a counter, a few tables, and an easy ambience. The word also represents a safe haven for fishermen, which is what Frank wanted for his restaurant, “a safe and welcoming refuge for fishermen and others alike,” as the menu writeup puts it.

For me, Pompei’s is still a safe and welcoming refuge. And the Pompei family of daughter Nancy
and son-in-law Gayne and their children Tom and Amy’s husband Vincenzo, and their kids VJ and Frankie are keeping it that way by doing the day to day operations. It’s a family class act that makes for a wonderful restaurant and a wonderful New Year’s Eve in the old San Francisco and Italian tradition.

See you next year. B3