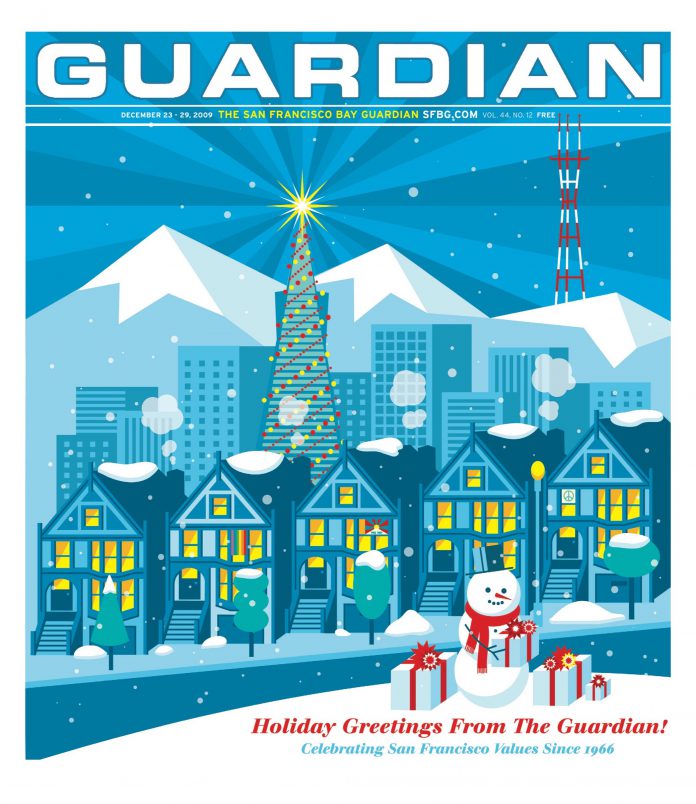 Rude and crude — yes. But outrageous and sacrilegious — and worth stumbling out of the Las Vegas Hilton as fast as your aged legs can take you? Maybe. Though Twisted Sister’s Dee Snider gave us plenty of goofy warning that he was going there, giving us “the real story” — meaning his bawdy, rowdy rock ‘n’ roll story — behind the voyeuristic kicks of “I Saw Mommy Kissing Santa Claus,” our last illusions were shattered, sorta, in the spirit of the gently taboo-busting song.

Ah, and so this is Vegas — just the place to use, abuse, and hock that illusion. The land of The Hangover, neon flash, and an expected and cheesy yet palpable air of convivial good cheer in the buffet line and beneath omnipresent the casino cameras, lurking amid the underutilized Millionaire’s Club slot machines.

“Mommy” was definitely one of the many highlights at Twisted Sister’s three-night stand “Twisted Christmas,” a mix of holiday classics with a goofy rock ‘n’ roll twist and yesteryear hits — the live successor to the group’s 2006 yuletide album of the same name. I had to tear myself away from the Kitty Glitter penny-slot amid the dated beige glam of the Hilton Elvis built, lured by post-show free margaritas and the reverently irreverent metal ‘tude promised by the band that hit it big at the Headbanger’s Ball with “We’re Not Gonna Take It.”

We took in Dee Snider in full clown makeup (“Sarah Jessica Parker dipped in acid!” proclaimed guitarist-manager Jay Jay French, quoting the British press) and a black-and-hot-pink body suit entering in a sleigh drawn by dancers and vixens in skimpy Suicide Girl-wear, Twisted rewrites of holiday classics like the tweaked new last line of “Oh Come All Ye Faithful” (“Christ wa-ah-s a Jew!”), and predictable yuks like the mohawked and pantless Santa Satan who joked about adjusting his sack, or a “12 Heavy Metal Days of Christmas” that naturally included “eight pentagrams” and “five skull earrings.” That’s as satanic as matters got, and though the playing was at times a bit less than tight, the band’s original members were in impassioned form, getting in as many jokes at Ozzy’s expense as Santa’s.

As we watched dozens of likely comped retirees piling into their seats, my companion, Prof. Fluffenheimer, muttered to himself, “I wonder how many of these people will be leaving in the first 15 minutes.”

Lo, our entire row had pretty much cleared halfway into the hour-and-a-half concert — too bad, ’cause they missed the malevolent and very unmerry “Burn in Hell” and a fist-punching sing-along “I Wanna Rock,” which had the remaining metal heads and rockers, 40-something dad-ish fans in polo shirts, wrestling team sprats, Sarah Palin look-alikes, table tennis conventioneers, and sundry other Vegas casino crawlers all hollering “Rock!” in unison. Let’s say it wasn’t the total madhouse the Ramones inspired at the Stone back in the late ’80s. But it brought back those chestnut-toasty, black-leather memories when French and guitarist Eddie Ojeda, now seemingly recovered from his recent back surgery thanks to “massive hallucinogens,” riffed off the Brudders by working “Ho! Ho! Let’s go” into “Have Yourself a Merry Little Christmas.”

All of which inspired me to fantasize about other Christmas musical extravaganzas that oughta be on every music fan’s list. I’m not talking about Andy Williams and Wynonna, who filled the Hilton theater after Twisted Sister had moved their raucous NYC rawker selves along. And American Idol grads don’t count, being programmed to perform the cheesiest song on hand, on command. How about a little Christmas cheer from these pop types?

Beyonce “Baby Boy” is readymade for a rejiggered “Santa Baby,” or at least a nativity scene featuring “Ave Maria” and “Halo.”

Justin Timberlake Picture the Timberlad poking around for a yule log in his “SexySack”.

Kanye West Embracing the chill of West’s last album with songs like “Coldest Winter,” this holiday should look ahead to the New Year by ringing it in KaNYE style. After the graduate gets in a scuffle with Santa, the show ends with a contrite, winged West delivering a bushel of MTV Video Music Awards to a virginal Taylor Swift.