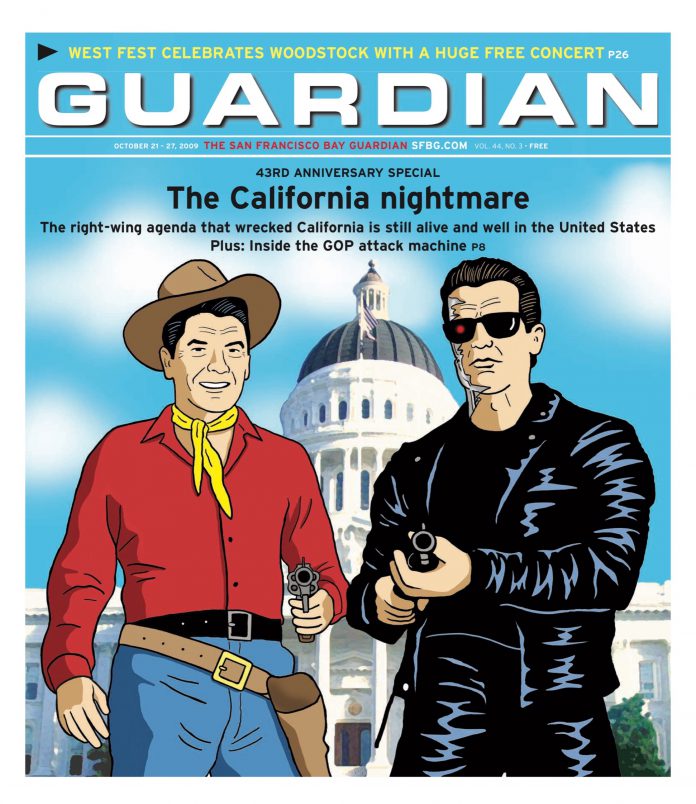 
SONIC REDUCER No way to keep it like a secret: word got out about Gossip. And so the direct descendants of riot grrrl were snatched up by whip-smart production savant Rick Rubin to join MGMT as two of the newish crown jewels in Columbia’s auspicious yet aging catalog. Three years along from Gossip’s last studio LP, Standing in the Way of Control (Kill Rock Stars) — a Euro chart-topper that landed Ditto on the cover of NME as a plus-size nudie-cutie pinup girl — one has to ponder, what is the Gossip today? Did the band lose momentum, lose its way, lose control, and give itself over to forces intent on monetizing the fire-starting gospel of its sweaty ‘n’ soulful, sexily politicized dance-punk? Gossip has always be a truly great live band — that much you can be sure of when the threesome plays the Regency Ballroom. But is the promise of major-labe success standing in the way of what was so perfectly raw and real about Gossip?


Maybe it was just the fangirl in me, but it seemed like Beth Ditto, Bruce Paine, and Hannah Blilie took forever crafting the new Music for Men (Columbia), which they say they wrote mostly in the Band-built Shangri La Studios in Malibu. The resulting production sounds expensively immaculate, and Ditto’s soprano sounds as girlishly high and tight as any dance-floor diva’s — except she’s the gospel- and punk club-bred belter who can hold her own in rougher, sparer surroundings than Madonna, Britney, et al. With Music for Men, the petite powerhouse is clearly placed in a new wave-soul continuum that includes Alison Moyet and Martha Wash, though she’s not out of line with such kindred Northwestern souls as the Blow and YACHT, who have pledged their allegiance to the power of the pop-R&B hook. Like those groups, Gossip sees pop-chart penetration as not so much a necessary evil as an evangelical act, a way of further remaking and openly subverting culture, injecting lyrics ala, "Guilty of love in the first degree / Dance like there’s nobody looking … Men in love / Men in love with each other," into the mainstream in a way that would probably warm the lush, lesbian-ic corners of Dusty Springfield’s and Leslie Gore’s hearts.


As Ditto warbles on "For Keeps," "Disappointment is the final word / DEVOtion is back breaking work," so don’t depend on the trio to play for keeps and simply serve up more sinewy, archetypal tunes like "8th Wonder" and bonus track "Spare Me from the Mold." Instead Gossip tries out all manner of passing guises: disco, house, hair-band, electro — from Stevie Nicks-style ’80s AOR-dance chug ("Heavy Cross") to DFA-derived moderne synth-boogie complete with cowbell ("Pop Goes the World"). Does it work? The latter number teases the borders of OTT pop, and I could use bold yet radio-friendly experimentation akin to "Vertical Rhythm," an ear-teasing dance of shifting, synthetic night grooves and a tense, descending rhythm guitar line. "I ain’t no better man," Ditto shouts, before the tune breaks out a big, fat, hairy, ’80s-rock riff and the hook that dare you to dismiss it. The song trails off with the vocalist cooing, "Do the right thing" — words to remember, long after Barack and Michelle’s first date and Music for Men are done. Just as the cover plays off the title — flirting with appeasing that desirable music-buying male demographic while proffering a gender-tweaking portrait of drummer Blilie — the song points to the increasingly subtle tango Ditto and company are undertaking: the challenge of doing the right thing, with a shifting, shattered world at their disposal. *


With Men and We Are the World