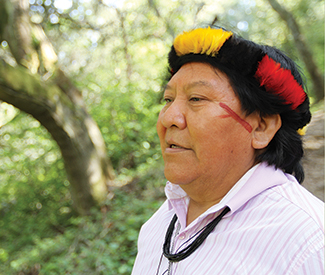 Stop wiggling around the bike debate

Our blog post last week about traffic cops ticketing bicyclists riding the Wiggle on Bike to Work Day (see “Bike sting on BTWD,” page 13) triggered heated reader reactions on both sides, as stories about bikes often do. Many are angry that cyclists routinely run stop signs, while cyclists argue police should focus enforcement on motorists who present a far greater danger to the public.

When we finally heard back from the San Francisco Police Department this week, a spokesperson said that targeted enforcement on the Wiggle is being driven by complaints, and that the SFPD is compelled to act on those complaints and can’t selectively enforce traffic laws. A few people in the neighborhood have pledged in online forums to put a stop to the scofflaw behavior of cyclists there.

This presents an ideal opportunity for San Francisco to finally have a long-overdue discussion about traffic safety and how to encourage more people to ride bikes, which is official city policy — and for good reason in this era of global warming, fiscal austerity, and increasing traffic congestion.

The Wiggle — a series of city-posted turns snaking their way through Lower Haight — is a crucial east-west connection that is one of the most well-traveled bike routes in the city. But it also includes stop signs at the end of every block, six in all, that almost every cyclist slowly rolls through.

Rather than let a few people undermine the city’s voter-approved policies promoting cycling, we should see this standoff as an opportunity to use intersection designs and traffic enforcement strategies that recognize it unnecessarily clogs up intersections for everyone when cyclists lose their momentum and have to start pedaling from a full stop.

So as part of the study of Wiggle intersections that is now underway, the city should give serious consideration to installing traffic circles at each of these intersections, something it should then consider for intersections throughout the city that have high volumes of cyclist traffic.

In the meantime, the SFPD should focus on dangerous intersections and behaviors, as Police Chief Greg Suhr has already pledged, and clearly communicate that priority to traffic cops. As it does with marijuana laws, San Francisco should make a deliberate decision to not make criminals of otherwise law-abiding citizens.

If thousands of San Franciscans are breaking the same law everyday, in the same intersections that actually have low collision rates, perhaps the problem is systemic. We should make changes that foster a respect for the law, not pursue crackdowns that will only feed division and hostility on our streets.