Despite reforms, we have a Police Department that is struggling to overcome credibility and morale problems 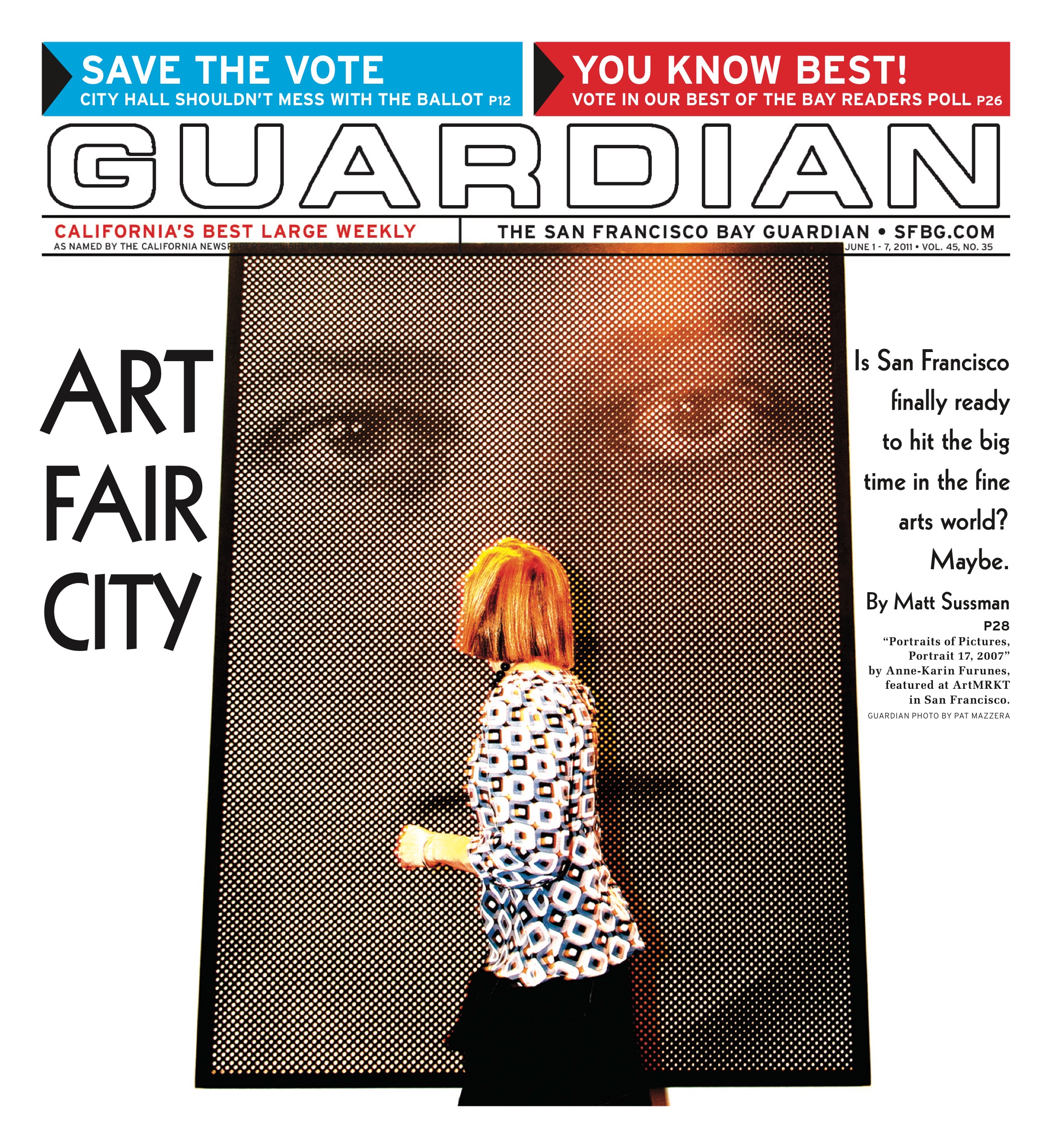 Volume 45 Number 35
To browse: click pages or use the arrow buttons above. To search: open the PDF in full screen mode first and then use the...

Yee and Avalos — right now, today — are doing the things they need to do to emerge from a crowded pack

Sup. Scott Wiener's proposal to allow the supervisors to amend (or, in theory, abolish) laws passed by the voters is a bad idea

Not in our neighborhood

Vote your vote away

Sup. Wiener seeks authority for the board to change or repeal voter-approved measures

Another Hole in the Head unleashes multiple malevolent ghosts. Plus: our guide to the film fest's horror highlights

Dancing in the light

Ledoh offers a new interpretation of butoh with Suicide Barrier: secure in our illusion at ODC

Decor provides the wit, food brings the cheer -- this Asian spot near Park Presidio is worth seeking out

The importance of being self-important

Terrence Malick returns with The Tree of Life

Can artMRKT and ArtPadSF validate this city's role as a haven for visual arts?

An open letter to Glenn Ligon

The mystery of Terry Malts

Beyond the secrets, this is an ass-kicking band

Bootsy Collins didn't answer, so we turned to the funkology experts for an earful