Volume 45 Number 23
Just released in early March, here are two new reads I'd recommend not only for foodies but for fans of the absorbing, well-crafted memoir.>>Life,...

The Ides of March herald the 18th anniversary of goth-industrial club Death Guild -- arise for a three-day black celebration. Plus: Peter Murphy

…And gaming for all

The Game Developers Conference in San Francisco provided plenty of hype -- and even a little controversy. 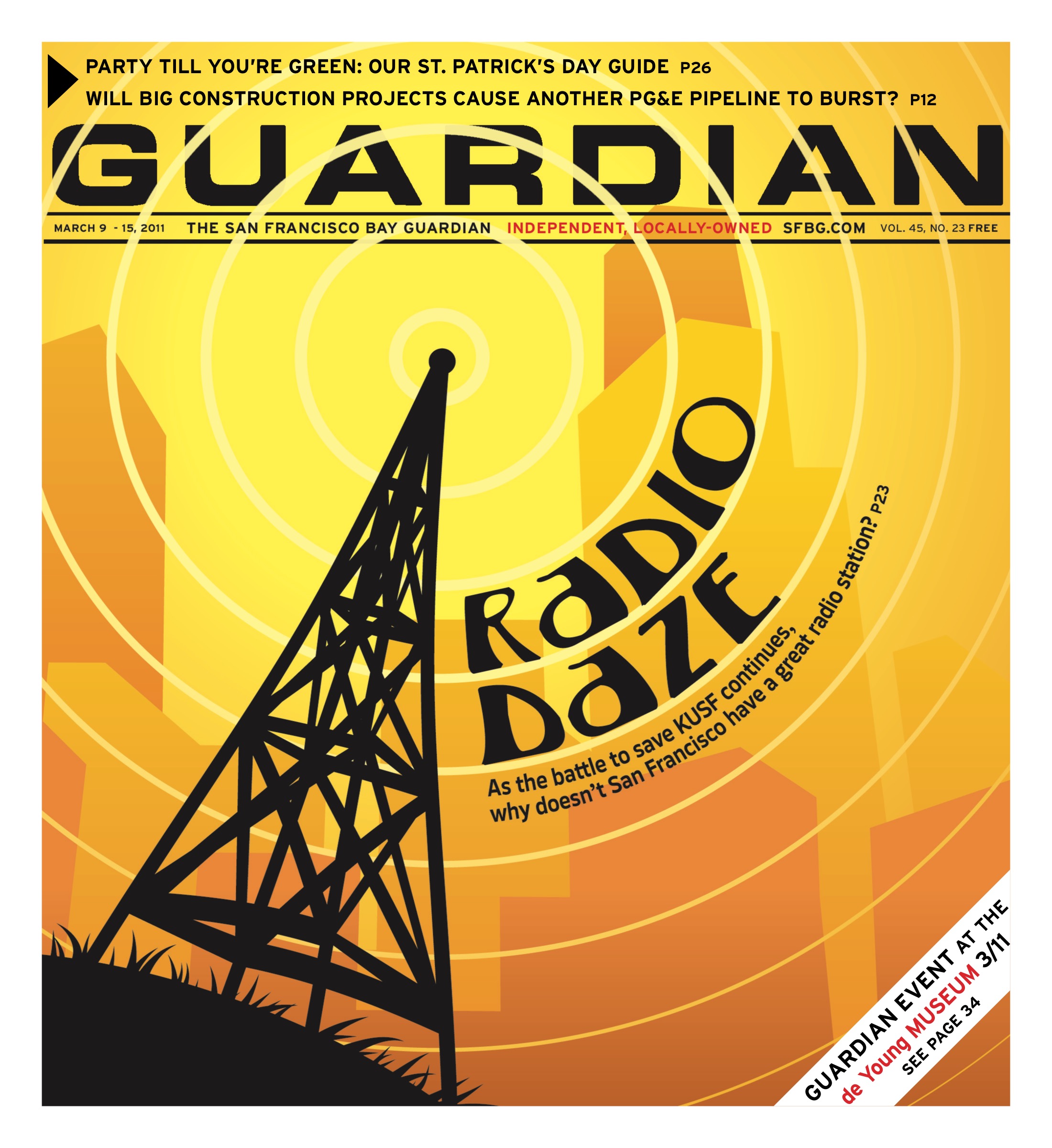 Volume 45 Number 23
To browse: click pages or use the arrow buttons above. To search: open the PDF in full screen mode first and then use the...

The police chief is, in effect, investigating his own operation

The fight for KUSF

This is not about a format change. It's about a community being robbed of its voice.

The line, the line

March to the rainbow

SF's St. Paddy's Day parade is one of few to welcome gays

St. Paddy's Day events, from the cultural to the convivial (including the big parade this weekend)

Not for sale: An insider’s look at the battle to save KUSF

Volume 45 Number 23
MUSIC/CULTURE Normally, Irwin Swirnoff's demeanor is upbeat, and I'd consider him to be one of the friendliest people I know. But from the expression...

As the battle to save KUSF continues, why doesn't SF have an awesome radio station?

Lynn Nottage's Ruined finds life amid atrocity in the Congo