Volume 45 Number 11
I've shared with you come of my recommended gifts for foodies and for cocktailians, but for those still searching for presents that appeal to... 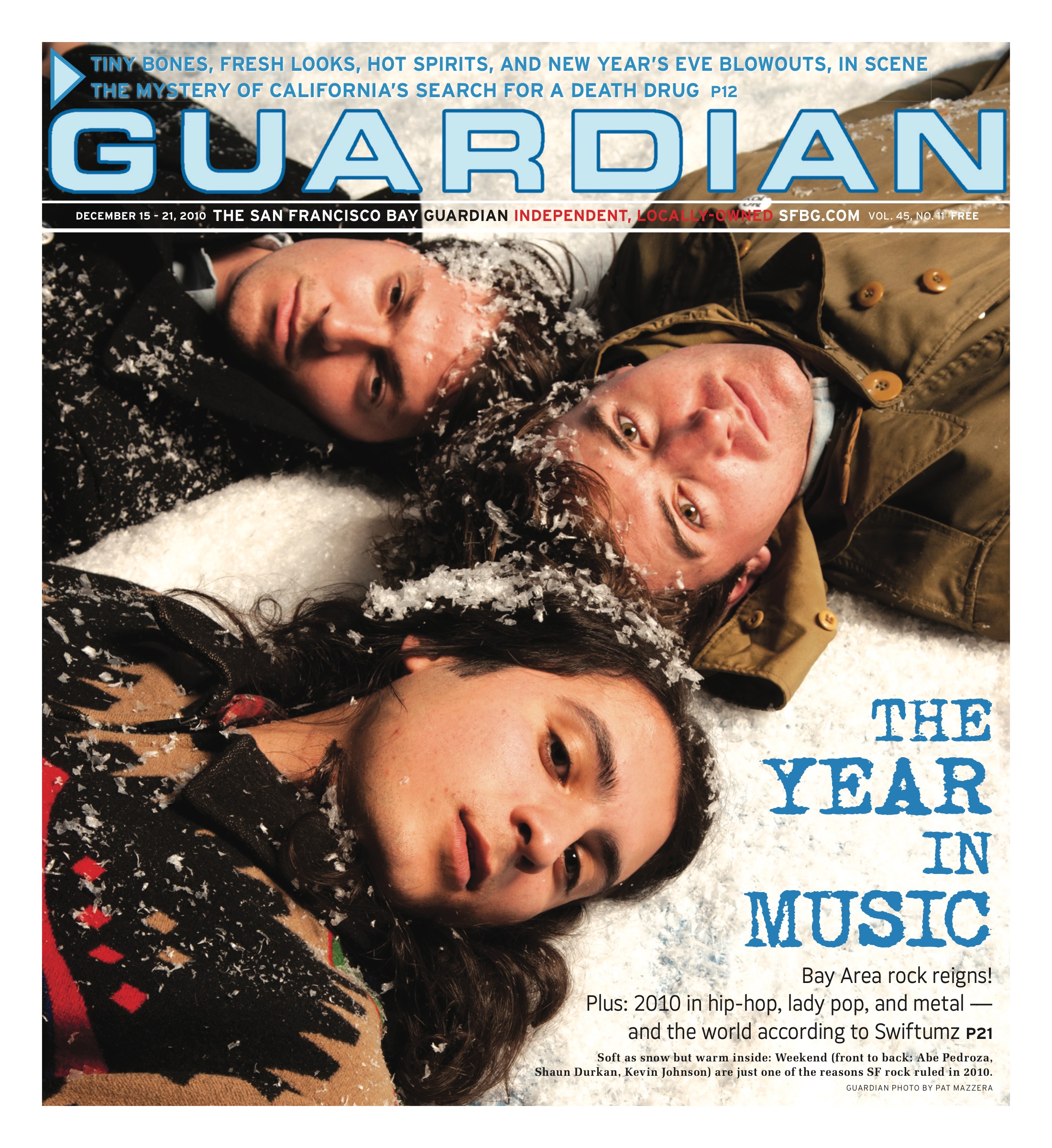 Volume 45 Number 11
To browse: click pages or use the arrow buttons above. To search: open the PDF in full screen mode first and then use the...

Undercover of the night

SCENE: A cavalcade of musicians from near and far band together to cover the classics

SCENE: The New California singer unleashes her talents on the Bay at last

Slip these quality sips in your loved ones' stockings

YEAR IN MUSIC: The dream of money amid exploding blondes and other bombshells in 2010

YEAR IN MUSIC: Pentagram, Accept, Stone Vengeance, St. Vitus -- metal went back to the future in 2010

YEAR IN MUSIC: This year, hip-hop experienced a major renaissance — and underground troubles

We do it best

YEAR IN MUSIC: Local and global club dance floors got deliciously heady in 2010 -- but when are we going to kick that 2 a.m. curfew?

They should have told me about the topping at Bonnie's

Volume 45 Number 11
Dear Andrea:I have a weird question. I have been with my boyfriend for two years and our sex life was great until recently. But...

Mysteries of the death-drug scramble

Race against the clock