Meet Your Maker... hanging out with whisk(e)y's master distillers

The ever-morphing sounds of electronic Saturday 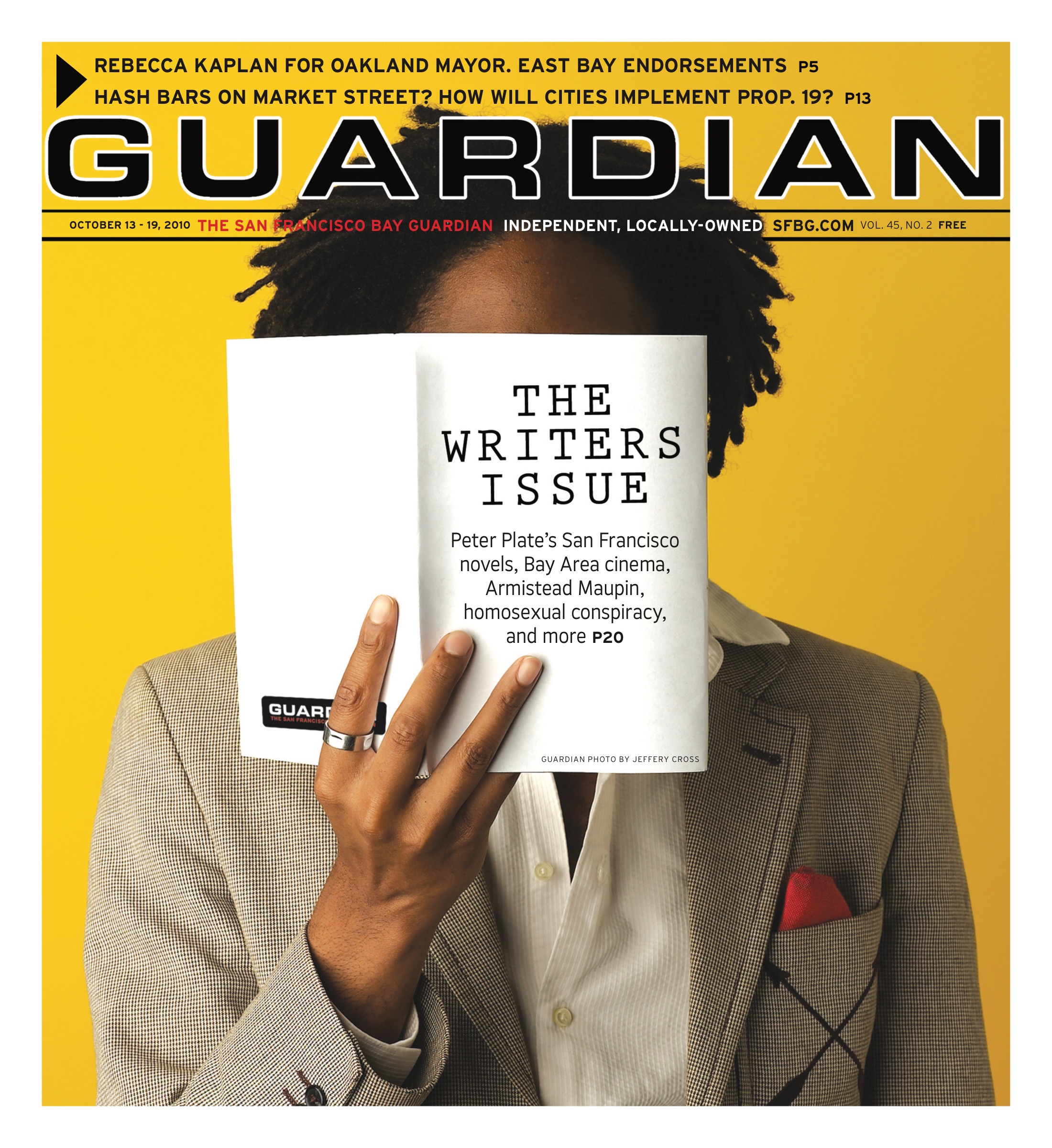 Volume 45 Number 02
To browse: click pages or use the arrow buttons above. To search: open the PDF in full screen mode first and then use the...

Meet Your Maker... hanging out with whisk(e)y master distillers

It’s not easy being an arrogant know-it-all

WRITERS ISSUE: An excerpt from The International Homosexual Conspiracy

WRITERS ISSUE: Armistead Maupin catches us up on the girls in Mary Ann in Autumn

Volume 45 Number 02
HAIRY EYEBALL: Will Rogan scores with a canny show of photography at Altman-Siegel, while Hugh Brown whiffs with a bad-boy routine at Robert Koch Gallery

To tell the truth

Volume 45 Number 02
Dear Andrea:I'm from the Netherlands and stumbled on a Guardian column yours in which you say: "I don't believe you can get 'addicted' to...

The coalition to defeat Prop. 23 argues that addressing global warming creates jobs and saves the environment

There are plenty of important races and issues on the ballot in the East Bay. Here are our endorsements for Berkeley and Oakland