The truth about San Francisco’s budget 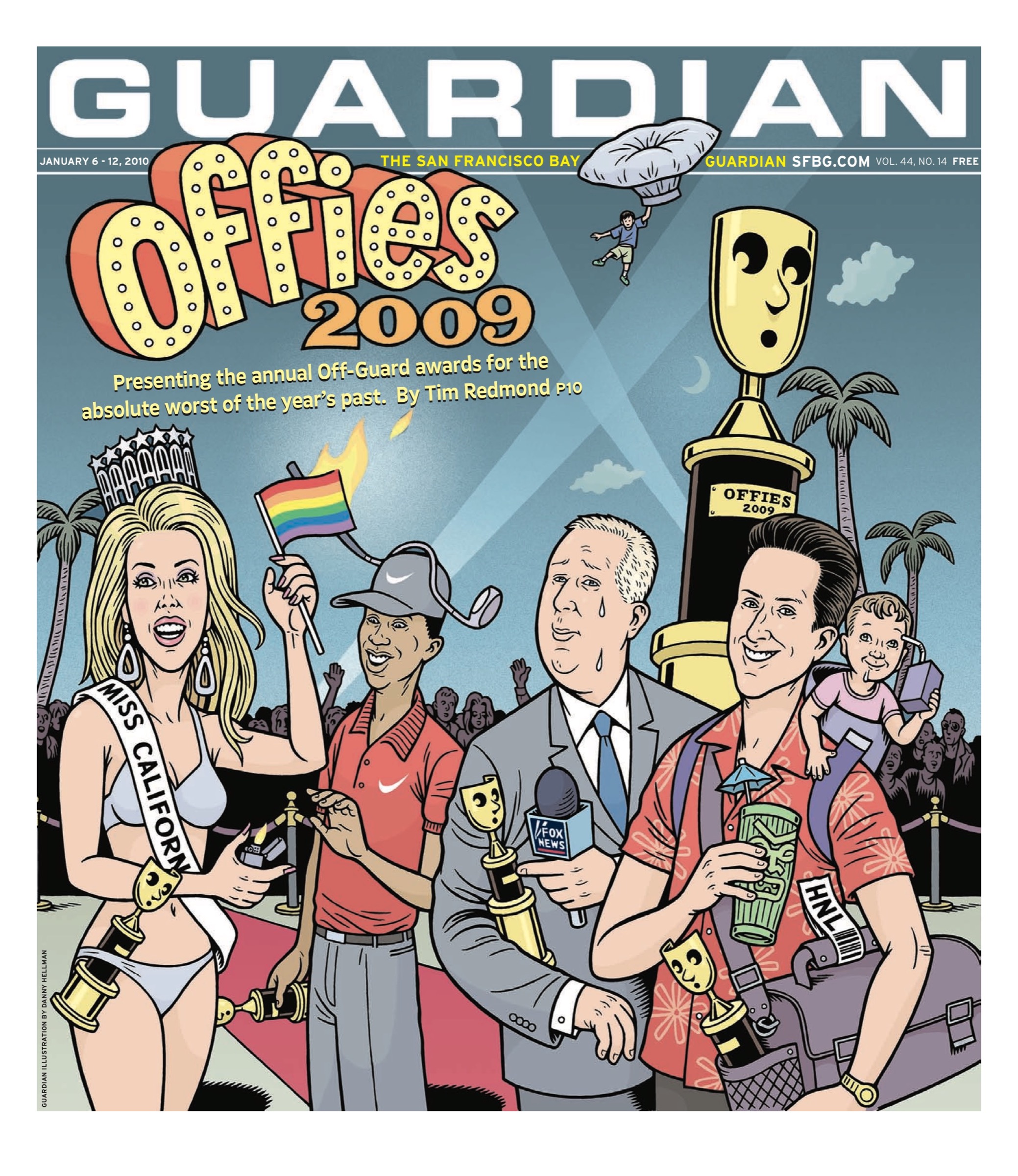 “San Francisco,” SF Weekly recently proclaimed, “is arguably the worst-run big city in America.” That’s a hell of a claim — the levels of corruption and mismanagement in urban America are legendary. But the Weekly’s Benjamin Wachs and Joe Eskenazi set out to prove their case — with a series of mostly anecdotal points that looked at the usual targets: Nonprofits. Unions. And one senior Newsom administration staffer who pretty much everyone agrees was a horrible manager.

We were tempted to just let it go. Sure, there’s plenty of incompetence and waste in the Newsom administration. There’s a need for more accountability in some of the nonprofits that get city money. The police union got too big a raise in 2007.

That pattern also exists in a lot of other big cities. You wanna make a big headline by claiming SF is the very worst? Whatever.
But the heart of the Weekly’s factual analysis was a chart that purports to show that San Francisco spends vastly more per capita than other “comparable” cities. That’s a claim we hear all the time, one that the more conservative political forces constantly use to argue against higher taxes (and in favor of big spending cuts).

So it’s worth exploring a little further. Because when you look at all the facts, the Weekly analysis is just wrong.

In San Francisco, all those things are in the same city budget.

But Wachs and Eskenazi decided to get beyond that. “Any time someone tries to point out that San Francisco has serious systemic problems, the response (from the Mayor’s Office, from city bureaucrats, and sometimes even from city activists) is that ‘San Francisco is both a city and a county,’ as if that explained everything,” Wachs told us in an e-mail. “So the comparison was already being made as part of the city’s defense: San Francisco is a city-county, and what appear to be systemic problems are actually just features of being a city-county.

“We proved that isn’t the case: San Francisco’s per capita spending is significantly out of line even when compared to other large city-counties.”
Actually, it’s more than just the city-county distinction. The large cities-counties SF Weekly chose are so dramatically different in the services they do — and don’t — provide that the comparison comes close to being meaningless. Ken Bruce, a partner in the Harvey Rose Accountancy Firm, which serves as San Francisco’s budget analyst and does similar work in other cities, is no fan of wasteful spending. But he told us he wasn’t impressed with the Weekly chart: “I have yet to see a rigorous analysis done comparing San Francisco to other cities,” he said.

And the way the Weekly added up the numbers was, at best, misleading.

For starters, San Francisco runs (and includes in its city budget) an airport, port, public transit system, county hospital, and skilled nursing facility (Laguna Honda), for a total of more than $2 billion. None of the comparison cities do all those things. Or rather, some do those same things — but they aren’t in the local budget.

In Philadelphia, for example, the public transit system is a regional agency. Philly chips in $63 million from its general fund to help the Southeast Pennsylvania Transit Authority (SEPTA). SF pays almost three times that much to run its own Muni, because the overhead costs are included in the local budget. Philly taxpayers spend much more than $63 million on SEPTA — it just comes out of a different budget and funding stream, so it isn’t in the figures the Weekly used. Denver’s transit system is regional too, and thus not in the city-county budget.

In Indianapolis, the city transit system, Indygo, is far less complicated than ours. Jenny Brown, a spokesperson for Indygo, told us she was amazed her city was being compared to San Francisco: “Our transit system is not in the same league as yours,” she said.

Philadelphia also does not pay for a county hospital or include its port or airport in its budget. Neither does Denver.

There’s also a difference in most municipalities between the general fund (locally allocated spending) and the total budget, which includes federal and state money, self-sustaining departments, etc. In Philadelphia that’s a big distinction — more than $3 billion a year — but the Weekly compared Philly’s general fund to SF’s total budget (something Wachs admitted to us was his mistake).

So we took this a step further. First, in Chart A, we compare apples to apples — general funds to general funds. It turns out SF and Philly are relatively close in per capita spending. Then we adjusted the budgets to account for the fact that SF includes in its budget a lot of services other cities and counties budget somewhere else. That makes all the comparison cities a lot closer.

But can you really compare San Francisco — with its diverse and complex population and urban problems — to Indianapolis or Nashville? Even Denver? If even the folks in Indianapolis think that’s kind of bogus, we figured we could do better. So we set out to find some cities that make a more fair comparison. We included Philadelphia, but added Los Angeles and Chicago (New York, by the way, is so big, so complex, and has so many counties, boroughs, and budget items, that it’s not fair to compare that city to any other — even though is would help our case). To account for the city-county issue, we added to the L.A. and Chicago city budgets a percentage of the L.A. County and Cook County, Ill. spending equal to each city’s percentage of the county population. (Not a perfect yardstick, but pretty close).

As Chart C shows, all four big cities are within about 30 percent of each other in terms of per capita spending.

But there’s another big factor — cost of living. The vast majority of the budgets of these cities goes to employee pay and benefits — and it stands to reason that a city with a higher cost of living would have to pay its employees more. And San Francisco has by far the highest cost of living (according to the latest figures from the Council for Community and Economic Research’s ACCRA Cost of Living Index) of all the cities in this chart.

So we adjusted per capita spending by the cost of living index (SF = 169, L.A. 145.4; Philadelphia, 124.1; and Chicago, 110.8) and discovered that in fact all four big cities spend roughly the same per capita — although San Francisco spends the least.

So is San Francisco a service-rich city (like L.A., Philadelphia, and Chicago)? Absolutely. Is SF’s spending far out of whack with what other similar municipalities spend? No, not at all. All things considered, it’s a little low.

PS: The Weekly spent much of its article attacking the lack of accountability in the city’s $500 million’ worth of nonprofit spending. That’s a huge issue, but oddly, the Weekly didn’t quote a single person who supports the system San Francisco uses to distribute services through nonprofits.

We’ve been critical of many individual nonprofits, and some are over-funded, wasteful, and of dubious value. But overall, as labor activist Robert Haaland told us: “The fact that an individual nonprofit isn’t performing up to standard doesn’t mean that the services aren’t needed.”

And there are many who say the San Francisco model is, in fact, a national standard. Margaret Brodkin, former director of the Mayor’s Office for Children, Youth, and Families, helped develop the current system of nonprofit accountability in that office. She has been invited to speak all over the country about the standards and data system they developed. “Others have replicated the data system we had in place. It’s held up as a national model, the data system as well as the standards,” she explained.

So it’s not so simple — and to use a few anecdotes and some inaccurate and misleading figures to call San Francisco the worst managed city in the nation is, well, a bit of a stretch. To say the least.