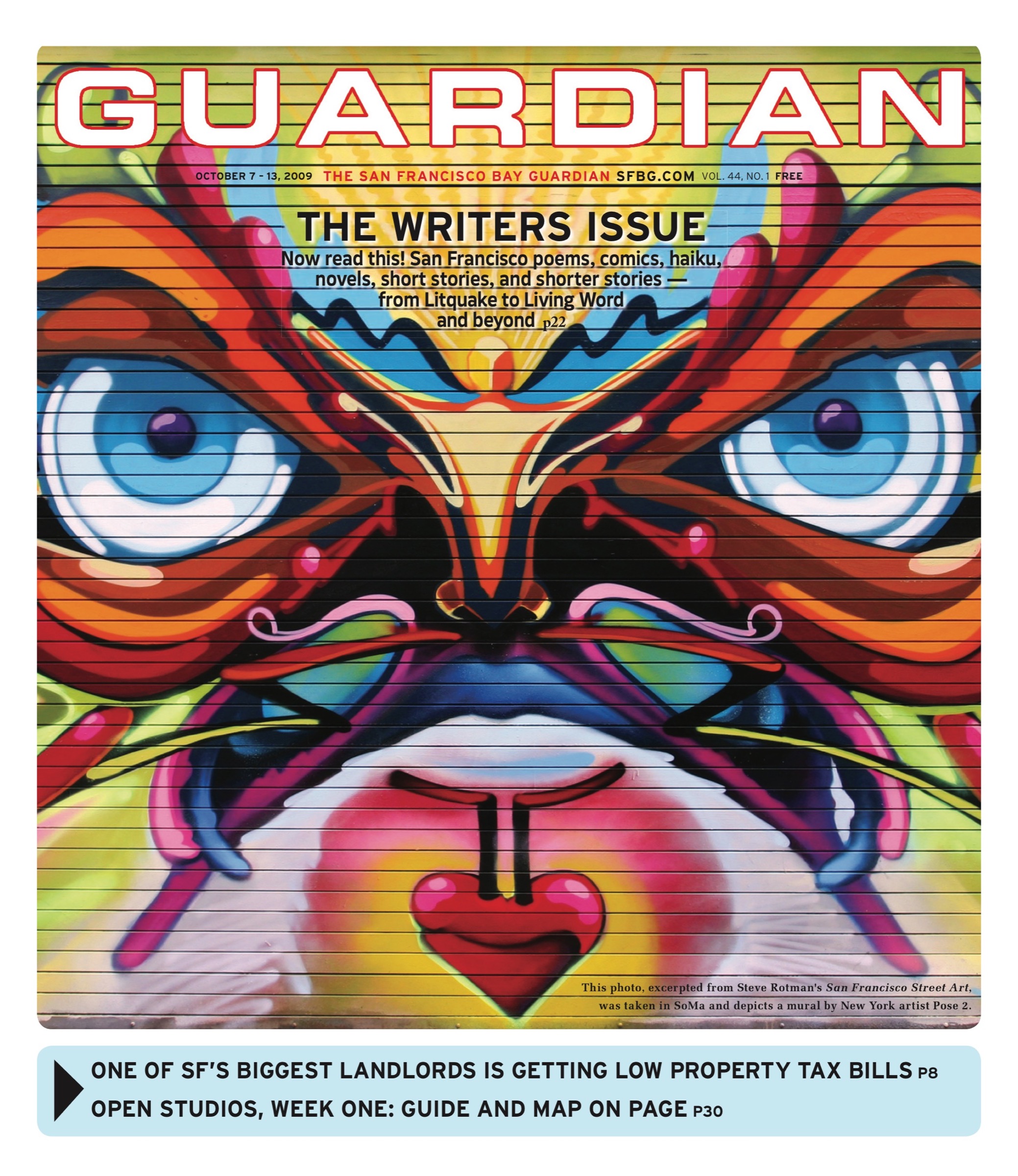 
There is a bummer in town and it has taken up residence in your achy-breaky heart. No matter what the downer is, the worst thing for you to do right now is to boldly and courageously get past it. That’s right, Aries. Trying to push ahead will backfire. Instead, right the loss of balance you feel on the inside.


You’ve got a breakthrough percoutf8g. This is not the time for compromising your vision or plans, but don’t confuse that with a green light to forgo diplomacy. Stand firm for what you want, and kick some ass to get it. Including others in your process will not only advance your cause, it will make it sweeter too.


How can you maintain your sense of self around all the different people in your world? Work toward moving in different circles and still remaining true to your identity. Know yourself well enough that you can hold your own, no matter what your circumstances.


You have to take some risks in the name of a happy heart. Being emotionally open is hard work, ’cause you run the risk of being open to the bad stuff along with the good. It’s worth it. Make whatever adjustments necessary to stay balanced. And try to bring a sense of adventure to the unknown, rather than the worrying you’re famous for.


In the illustrious words of Young MC, "Don’t just stand there, bust a move." Amass your energy and make shit happen, Leo. Just do it differently than you used to, now informed by the wisdom of your past exploits. Step out and leave all the old demons behind you so you can make new mistakes instead of the same tired old ones.


The thing about hoarders is not that they are terribly materialistic, but that they attribute sentimentality to objects in a way that it makes it hard to get rid of anything. The process of discerning what needs to go and then giving it the old heave-ho is an art form. Recognize what’s outlived it’s usefulness in your life and let it go.


Fretting over things doesn’t actually improve matters. Finding someone you can blame for injustices has a shelf life. This week, take responsibility for what you are bringing to the table, remembering that if you are not part of the solution, you’re part of the problem. Channel your inner diplomat and put ‘er to work.


Your week is very Sammy Davis Jr., very "I’ve just gotta be me." Not remaking past mistakes takes a bit of patience and a lot of insight. If you can swing being true to yourself, it’ll help you step up and be unhampered by the crappy conditions you’ve been living under. Make up your mind and then speak it out, Scorpio. Things are looking up.


Lucky for you, you’ve got a gamblers spirit — because it’s time to roll the dice. Well-timed action and a little risk-taking will carry you far. Just don’t let external pressures bully you. Find your own pace and follow that.


You may posture like a badass, but I know you struggle with not trusting yourself. Anxiety is the only thing that can get in your way, so develop a strategy for dealing with it before it smacks you around again. Every light casts some shadow, so don’t get caught up in your fear of the dark. You’re on the right track, Cap.


This is not the time to freeze up or throw in the towel. Change your life for the better, even if you feel like giving up. You have something to learn from all those obstacles in your way, but not quite yet. The universe wants you to find the energy that can carry you forward before you make any important moves, so get it together.


Trust your instincts, because you’re on a one-way track to awesome. This is one of those special times when your energy is in harmony with your insight, which is flowing with your wits. In other words, you can totally make shit happen! If you don’t know what you want, now is the time to figure it out and follow through on what feels right. *


Jessica lanyadoo has been a psychic dreamer for 15 years. Check out her Web site at www.lovelanyadoo.com or contact her for an astrology or intuitive reading at (415) 336-8354 or dreamyastrology@gmail.com.


An as-yet unnamed phenomenon involves the transformation of stylish or distinctive restaurant spaces into homier Asian spots. The most conspicuous example I can think of is the restaurant adjoining the Hotel Milano, at Fifth and Mission. At one point, about 15 years ago, it held a Michel Richard venture, Bistro M, and now it’s a Thai joint, with purple neon signage.


A more recent exhibit is the migration, or extension, of the Vietnamese restaurant Sunflower from its longtime haunt at Valencia and 16th streets to the old Baraka space on Potrero Hill. For years, Sunflower has been a perfectly decent, modestly priced, rather ordinary-looking restaurant in a stratified and hypercompetitive venue, while Baraka was a small jewel, slightly above the fray on its hillside perch. I would not have foreseen the melding of the two. But now, when you step into what was Baraka, you’ll smell lemongrass — and much as I liked Baraka in its several guises over the past six years, I like lemongrass as much. (Outside, incidentally, you’re likely to smell the garlic breath of Goat Hill Pizza across the street.)


The restaurant’s décor looks to have been (so far) little touched by the regime change and the new, golden name. The walls of the h-shaped dining room are still a throbbing red, and there is no host’s station, which means that a line of tables begins within a few feet of the front door. This is awkward for all parties concerned, and it would be worse if the staff was less attentive. But they are very attentive, and blockages are cleared quickly. Still, the tables just inside the door are not exactly choice, and if you can find your way to a table on either side of the dining room, or deeper in, you’ll probably be happier.


The menu reflects the degree to which Vietnamese cooking has come to be accepted as another variety of American comfort food. You can certainly get similar stuff for quite a bit less in the Tenderloin, where it is served in much more modest settings that remind us of how ragged things were for many Vietnamese immigrants a generation ago, at the close of the Vietnam War. And you can get far fancier — and pricier — food at the Slanted Door. Sunflower sits somewhere between these two poles; it is upscale, in a mild, neighborhood way, while remaining more or less traditional and comparatively inexpensive in its cooking.


You can get imperial rolls, you can get pho (although it’s not called that), you can get garlic noodles ($7.95), and they are excellent. You can also get spring rolls, either with shrimp or in vegetarian guise ($6.95 either way); we found the vegetarian version to be a little heavy on the tofu — big, spongy blocks of tastelessness right in the middle of things.


Better were the vegetarian pot stickers ($6.95), which had been steamed (instead of wok-seared in the Chinese style) and therefore lacked that nicely caramelized base. They were also damper overall than their Chinese counterparts, and contained tofu. But they also held a wealth of shredded cabbage and mushroom chunks and were served with a velvet-smooth peanut sauce that helped make up any flavor deficiency.


If you like imperial rolls but are hesitant about ordering deep-fried items outright, you can find them slipped into your vermicelli ($7.95), a big bowl of fine rice noodles overlaid with bean sprouts, mint, ground peanuts, nuoc nam (the ubiquitous, salty-sweet sauce), and some kind of flesh, or no flesh. The barbecued beef in a lemongrass marinade was ethereally tender and fragrant, while the imperial rolls were flawless: nicely crisped skins (with a bit of stubble) enclosing an earthy blend of minced pork and taro.


Grilled lemongrass chicken ($13.95) is generally a bulletproof favorite. Here the kitchen uses strips of boneless breast meat, and as any Thanksgiving cook knows, it’s the white breast meat that’s most in peril of drying out. Our strips were pretty dry and slightly tough, though chicken never gets really tough. Fortunately, lemongrass has powerful therapeutic, or at least distractive, effects, and nuoc nam (a saucer of which seems to be a perpetual presence on most of the tables) is a useful moisturizer.


A dish that helped put Slanted Door on the map, way back when, was shaken (or shaking) beef. Sunflower offers its own, quite worthy version, and if, at $11.95, it isn’t quite a steal, it’s pretty close. The meat (filet mignon or a similar cut, I would guess from the lean tenderness) is cubed, then wokked with garlic and chilies. It isn’t as aromatic as the lemongrass items (and can initially be overwhelmed by them if they’re served simultaneously), but once you start to taste the garlic and feel the chili heat, it becomes addictive.


And may I offer a brief huzzah in the matter of Sunflower’s rice continence: You’re asked if you want it at all, and if you do, the serving for one is about the size and shape of an inverted teacup. Brown rice ($1.75) has an appealing mottled inkiness and a nice toasty taste that reminded me, a little, of sunflower seeds.

10/14 Wine & Spirits Top 100 Event at SF Design Center
Six years strong, I’ve heard that Wine & Spirits Top 100 Tasting, honoring their pick of the Top 100 Wineries of the Year from around the globe, is one of the better wine events of the year, full of tastings, food, and merriment. Yes, you can meet the winemakers while sampling their award-winning wines. Just a few wineries at this year’s event include Krug, Louis Roederer, Diamond Creek, Henschke, Shafer, Williams Selyem. Never fear, foodies, the food is equally a draw. They’ve assembled a line-up of eats from the classic (Cliff House) to the latest and greatest, like Flour+Water, RN74, Gitane, Il Cane Rosso and Showdogs. There’s even signature specialties from the likes of 4505 Meats, Candybar, Barefoot Coffee, Brix and Hog Island. Sounds way better than happy hour.
6:30-8:30pm (VIP 6pm)
General admission $95, VIP $125
The Galleria at SF Design Center
101 Henry Adams Street
www.wineandspiritsmagazine.com/top100

10/16 SF WhiskeyFest at the Marriott
Call me a lush, but knowing there will be some of the world’s finest whiskeys (and whiskies – yes, there is a difference) all under the roof of the San Francisco Marriott for Whiskeyfest makes me a bit giddy. It’s three hours of tasting bourbons, scotches, and ryes from around the globe. Distillers and experts will be pouring themselves, so you can ask questions, dialogue, and find new favorites. A charity whisky table features ultra-rare bottles (donations for tasting go to Meals on Wheels San Francisco), and bartenders, like the Bourbon & Branch crew, will be mixing special cocktails at their booths. There’s also seminars, a food buffet, and with the price of admission, a Scottish crystal glass, and a one-year subscription to Malt Advocate. If you still want more (you greedy aficianado, you), $150 VIP passes secure access one hour before everyone else arrives, plus an additional number of rare pours.
6:30-9:30pm
Regular $110, VIP $150
San Francisco Marriott
55 4th Street
800-610-MALT
www.maltadvocate.com/docs/whiskyfest/san_francisco